Are We as Devoted as the 9/11 Terrorists? 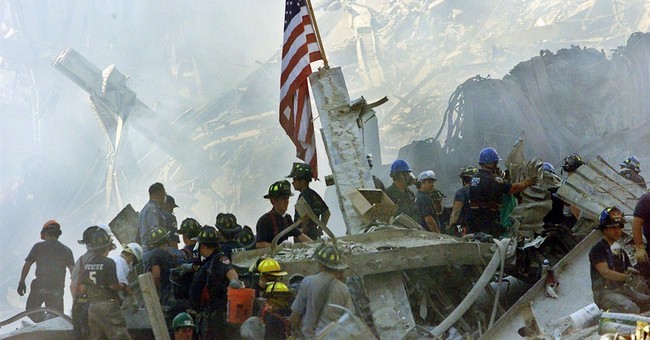 Author's note: This article was first posted on September 4, 2011 and is posted again in memory of the victims of the 9/11 terrorist attacks, including Douglas Gurian, my wife Nancy’s only brother, who left behind his beloved wife and two precious children.

Were the Islamic terrorists who carried out the 9/11 attacks crazed fanatics, or were they simply religious men who were deeply devoted to a destructive and deadly cause?

The night before these jihadists committed their ghastly acts, they read a letter written in Arabic giving them their final instructions, including these lines: “Purify your soul from all unclean things. Completely forget something called “this world” [or, “this life”]. The time for play is over and the serious time is upon us. How much time have we wasted in our lives? Shouldn’t we take advantage of these last hours to offer good deeds and obedience?”

In another context, many of us could say “Amen” to these words, but in this context it reminds us of a sad reality: These men were more committed to evil than most of us are committed to good, more serious about their faith (in an unhealthy way) than most of us are about our faith (in a healthy way). What would happen if we were as devoted to restoration as they were to destruction, as committed to saving lives as they were to destroying lives?

Mahatma Gandhi once said that, “A reformer has to sail not with the current. Very often he has to go against it even though it may cost him his life.” Yet some of us aren’t willing to stand up for what is right if it might cost us our reputation, let alone our lives. (Our soldiers, of course, are a notable exception to this, as they risk their lives for freedom.)

Perhaps we find it too difficult to compare our commitment to good to the jihadists’ commitment to evil? Then let’s consider something far more mundane. In 2001, after Minnesota Viking’s player Korey Stringer died in practice, NFL star Grant Wistrom commented, “We play a rough game, and none of us in the NFL got this far by being cautious with our bodies. One reason I do what I do is that I'm willing to sacrifice and work when things are hard -- whether I'm hot, hurt or fatigued. I take pride in my ability to plow through discomfort; that's what makes me a football player.”

So, a football player dies of complications related to heat stroke, and another player explains, “Hey, we didn’t get this far by being cautious with our bodies.” In other words, “It’s possible we might get hurt or even die, but that’s what makes us football players.” And we cheer them for their courage. For what? For a football game! Can we stir ourselves to rise higher? Can we make a determination to swim against the tide, to go against the grain, and to accept discomfort and even hardship for doing what is right and good?

Yale law professor Stephen Carter once wrote, “Along with many African-American theologians, I believe in the tremendous importance of preserving religious communities not only as centers of difference—that is, places where one grasps the meaning of the world as different from what you find in the dominant culture—but even more so as centers of resistance.”

According to Carter, “These centers of resistance do not simply proclaim, ‘We don’t believe what the rest of you believe,’ but say, ‘We are willing and ready to sacrifice, to lose something material for the sake of that difference in which we believe.’” Yet Prof. Carter was not naive. “Indeed,” he explained, “radical transformation will demand a sacrifice. But a fundamental demand for sacrifice will not arise in politics. It will have to arise from the church, which is really the only contemporary, genuine source of resistance to the existing order.”

The church? But of course. That has always been a place for radical commitment to good, as Carter continued, “It is only religion that still has the power, at its best, to encourage sacrifice and resistance.” (I write this as a follower of Jesus. Those of other faiths can stake their claims about being forces of resistance to evil.) But, Carter cautioned, “one should have no illusions. All too many pastors today, black and white, are so worried about filling the seats. Clergy deliver brilliant sermons that preach up to the edge of asking people to do something, and then they will pull back. Some pastors display prophetic leadership and call for sacrifice, but their numbers are small.” Sad but true!