An Open Letter to Tony Campolo 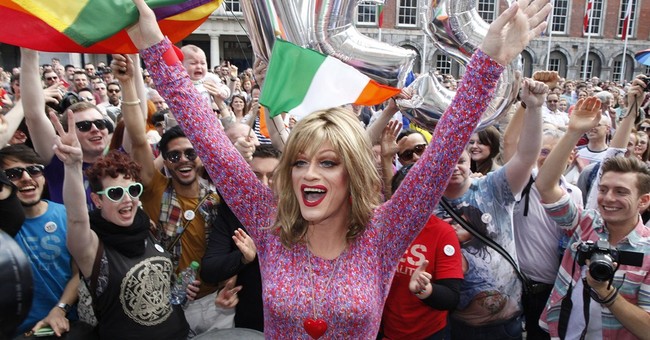 In the spirit of your public

Like you, I’m a professor as well as a gospel preacher, and I have always appreciated your willingness to tackle controversial issues, not caring who you will offend, willing to rock the boat and unsettle Christians from their cozy and safe belief systems if you felt it was in the interest of truth and justice.

This time, however, you have offended the Lord, rejecting the clear testimony of His Word and – as could be expected, given your stance – not citing a single scripture in support of your new position.

I know that your wife Peggy has long been an out and proud advocate of same-sex “marriage” and that, for a number of years, you have believed that it is impossible for a person to change his or her sexual orientation. You have even explored the possibility of non-sexual, church-blessed, romantic same-sex relationships. Now, you have taken the inevitable next step in giving your full backing to practicing homosexual couples, calling on the church to support and embrace them.

May I ask, Tony, what it was that stopped you from embracing this position years ago? Was it not the clear and unambiguous testimony of the Bible?

Surely your emotions wanted you to embrace same-sex couples.

Surely your compassion wanted you to put your arms around a gay college student and tell him that following Jesus did not preclude him from having an intimate relationship with another man.

Yet you were held back by the teaching of Scripture, knowing that God’s Word emphatically states that God created men for women and women for men, that marriage, in its divinely intended form, was the lifelong union of a man and a woman, and that homosexual practice was strictly forbidden in all circumstances.

When did any of that change? When did the Bible suddenly become unclear on the subject? As a gay atheist wrote last month in the aftermath of Ireland’s vote to redefine marriage, “the conservative Catholic’s only proper response to news such as that from Dublin . . . is that 62 per cent in a referendum does not cause a sin in the eyes of God to cease to be a sin.”

What a terrible shame it is that a gay atheist has clearer moral boundaries and better biblical instincts than you, dear sir.

I believe you when you say you’ve heard all the biblical arguments on the subject and I don’t doubt that, “It has taken countless hours of prayer, study, conversation and emotional turmoil to bring me to the place where I am finally ready to call for the full acceptance of Christian gay couples into the Church.”

And I recognize that it may be too late for any of us to reach you at this juncture in your life (are you really 80 already?). Still, I join my voice with others, in the spirit of James 5:19-20, and urge you to recognize that you are committing a grave sin against the Lord, against His church, and against your LGBT friends by espousing this new position. In fact, you are now complicit in the potential deception and destruction of both believers and unbelievers alike.

You say it was your reflection on the meaning of marriage that ultimately brought about your change of heart, but can you really pick up your Bible and tell the world that there is a single verse that supports the “marriage” of two men or two women? Are you really willing to preside at a wedding ceremony and say, “I now pronounce you husband and husband” (or, wife and wife)? And in your heart of hearts, do you honestly believe that God designed a man to be with a man (or vice versa) and that when a gay couple comes together in the act of sodomy, that their intimacy now sanctifies that forbidden practice?

Tony, when same-sex couples read the Word, what do they do with verses like, “Wives, submit to your husbands” and “Husbands, love your wives” (Ephesians 5:24-25)? Which one is the husband and which the wife? What do you (and they) do with the fact that there is not one single positive reference to homosexuality in the Bible and, no matter how “inclusive” churches might be, gay couples must live with that reality (not to mention the reality that every reference to homosexual practice is condemned in the strongest of terms)?

You wrote, “When we sing the old invitation hymn, ‘Just As I Am’, I want us to mean it, and I want my gay and lesbian brothers and sisters to know it is true for them too.”

But it is true for them, just like the rest of us: We come to Jesus in our brokenness and sin, and He transforms us by His grace, just like He transformed (rather than affirmed) the tax collectors and prostitutes of His day.

As for the possibility of change, I personally know former homosexuals who experienced true change in their sexual orientation (either by the power of the gospel, counseling, or both), while I know others who experienced no change in their orientation but who are committed, nonetheless, to follow the Lord, living blessed and joyful celibate lives, declaring to the world that Jesus is enough.

I absolutely join you in calling on the church to have a heart of compassion for those who identify as LGBT, and I join you in urging us to reach out to the marginalized and disenfranchised. May we all emulate our Savior in this regard.

But under no circumstances can I join you in your apostasy from God’s Word in terms of the meaning of marriage and the standards of sexual morality, and I pray that our Lord would have mercy on you (and Peggy) and grant you repentance.

With your typical candor, you stated that, “I am painfully aware that there are ways I could be wrong about” the position you are now espousing.

You are wrong, dear sir, and unless you were absolutely 100 percent sure of the scriptural truth of your position, you would have done far more good to keep silent than to speak. That would have been the least we could have asked for a leader of your stature.

As it is, however, you have a taught an important (and cautionary) lesson to many others: If you play too close to the edge, eventually you will fall in.

Should you wish to dialogue with me in private or in a public setting, my door remains wide open.