An Open Letter To the Supreme Leader of Iran 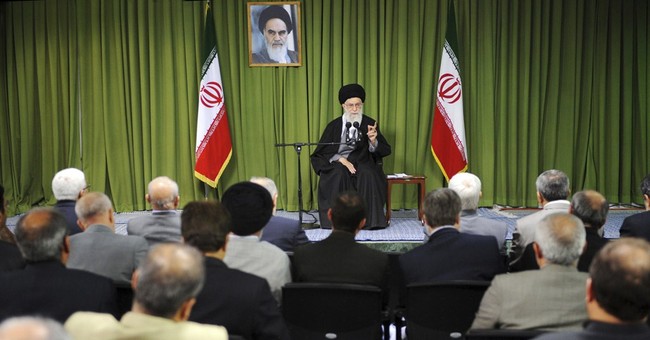 Although I am no longer an American youth (I turn 60 in March), I am an American, and on behalf of others in my country, I would like to respond to your open letter to Western youth.

First, let me commend you for using the internet and social media so effectively. That alone would surprise many who might think that because you are a devout Muslim, you would not be tech savvy.

I imagine we all have false and misleading caricatures of each other’s cultures, and that’s one reason you’re reaching out. Kudos for the effort.

That being said, you really start off on the wrong foot by explaining that you’re writing to the youth and not the “politicians and statesmen” since they “have consciously separated the route of politics from the path of righteousness and truth.”

It almost sounds like you’re trying to stir up contention between the generations. You wouldn’t do that, would you?

And it sounds as if you’re saying that in your country, the politicians and statesmen don’t have a political bone in their bodies and only follow “the path of righteousness and truth.” Would you really make such a bold claim?

I’ll bypass your bashing of recent Western history and culture, since we all know that your country has underwritten much of the terrorist bloodshed that has place around the world and that the Iranian Revolution of 1979 has helped spawn the rise of radical, violent Islam in many nations around the globe.

And while I certainly deplore the moral laxity in America and the West, just as you surely do, I applaud the freedoms we offer our people in contrast with your customs in Iran. (Speaking of freedoms, how about the freedom of Pastor Saeed Adebini, along with other Christians who have been imprisoned for their faith?)

That being said, let me get to the heart of your letter.

Your are concerned about Islamophobia writing, “I would like you to ask yourself why the old policy of spreading ‘phobia’ and hatred has targeted Islam and Muslims with an unprecedented intensity.”

The answer, respected sir, is that our people and our buildings have been blown up by religious Muslims and our citizens have been beheaded by devout followers of Islam.

It is because Taliban terrorists slaughter other Muslim children as they sit in school while Boko Haram terrorists kidnap schoolgirls and burn schoolboys alive.

It is because Shiite suicide bombers blow up Sunnis in their mosques while the Sunnis do the same in their opponents’ mosques.

It is because Christians in Pakistan live under severe oppression and can be slaughtered at the slightest false accusation against them, while Christians in the Middle East are fleeing for their lives as rival Islamic groups have them as a target.

It is because several hundred million Muslims worldwide – roughly, the total population of America – affirm the ideologies of Al-Qaeda and ISIS and Hamas and others.

I could go on and on, but I trust you get the picture \.

You ask, “Why does the power structure in the world want Islamic thought to be marginalized and remain latent? What concepts and values in Islam disturb the programs of the super powers and what interests are safeguarded in the shadow of distorting the image of Islam?”

How about hundreds of thousands of Iranians gathering every year for Jerusalem Day, burning Israeli and American flags as they chant “Death to Israel! Death to America!”?

How about the fact that you call both America and Britain “the Great Satan” (not to mention Israel “the little Satan”)? Could that, somehow, color our thinking?

Perhaps we take you seriously when you outline a 9-point plan to “eliminate” Israel?

Dear sir, you don’t want our youth to learn from the media but rather, you exhort, “Receive knowledge of Islam from its primary and original sources. Gain information about Islam through the Qur’an and the life of its great Prophet.”

Well that is what concerns us the most, since the ones carrying out these atrocities in the name of Allah seem to know the Qur’an very well.

So, it looks like you’ve got a lot of hard work to do before convincing us that radical Islam is an illusion and that we should extend an open hand of trust to your nation.

In closing, I wish you well in your honest and upright endeavors, and I pray that you and your people would come to the ultimate freedom in the name of the one whom you revere as a prophet but do not know as Savior and Son of God.