This Battle is For Your Children's Future 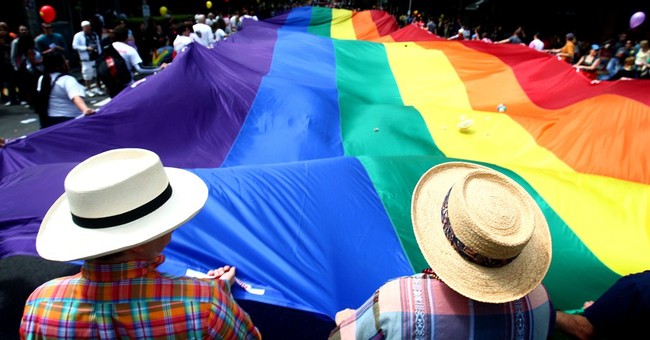 Some recent news items give us an idea of where our society is going unless enough of us stand up and say, “Enough is enough.”

In its first sexual-orientation policy update in nearly a decade, the American Academy of Pediatricians

Some of the proposed strategies include, “putting out brochures with pictures of ‘both same- and opposite-gender couples’ or posting a ‘rainbow’ decal on an office door or bulletin board. The report also suggests that medical questionnaires be changed to be gender-neutral, and that staff be trained to not ask a boy about his girlfriend, but to ask him to ‘tell me about your partner’ instead.”

So let’s get this straight. The nation’s largest pediatricians group is declaring war on “heterosexism” and “homophobia” and calling for gender-neutral medical questionnaires? This is where society is going? These should be our priorities?

Put another way, our children’s medical caregivers are calling for a united ideological battle against the idea that God created human beings male and female, or that heterosexuality is any way normative (as in, it takes a man and a woman to create a child), or that any moral or religious opposition to homosexual practice is a manifestation of “homophobia.”

In the past, I have sarcastically observed that, rather than the doctor announcing to the parents, “It’s a girl!” or, “It’s a boy!”, he should now say, “Well, the packaging is male, but we’re not really sure what’s inside.”

That sarcastic observation could be nearer to the truth than we realize.

In keeping with this mentality, news media around the world has been busy proclaiming the latest “transgender” victory, announcing joyfully that, “A six-year-old transgender girl will be able to return to school after winning the right to use the female bathroom.

“Coy Mathis was discriminated against when staff at Eagleside Elementary School in suburban Colorado Springs told her she could not use the girls’ toilets, a civil rights panel ruled.”

Yes, “Her parents raised the issue after school officials said the youngster could use the bathroom in either the teachers' lounge or the nurse's office.

“Kathryn and Jeremy Mathis said the decision would end up stigmatising their daughter, who they said had come out of her shell when they began to allow her to live as a girl.”

Did you read between the lines? The six-year old “transgender girl” is actually a boy and the couple’s “daughter” is actually their son, but since this confused child thinks he is actually a girl, he now is a girl in the eyes of the media, and the son is now a daughter. And we are supposed to celebrate this!

Has it dawned on anyone that there is no reputable scientific evidence of any kind that this boy is actually a girl and this son is actually a daughter? Has it dawned on anyone that many children pass through different phases in life and that there is strong evidence that the majority of children who identify as transgender before puberty do not identify as such after puberty? (It is true that many end up identifying as gay, but at least they realize that they are not boys trapped in girls’ bodies and vice versa.)

What if the child was sure he or she was an alien? Or an animal? Or a black child in a white body? Do no such cases exist? (Surely they do.) Do we then normalize these alternate realities as well? (I’ll say it for the 100th time: Families and individuals struggling with “transgender” issues need our compassion and understanding, but our energies should be devoted to getting to the root of their problems and helping them find wholeness from the inside out.)

The little boy’s parents were concerned that he would be stigmatized by having to use a special bathroom (already a gracious accommodation by the school), but now a court has ruled that he can use the girls’ bathroom with other six-year old girls.

What about them being stigmatized? Why must one confused child bring confusion to the whole school?

In keeping with this moral madness, a measure passed by the California Assembly in May would require schools “to allow transgender students to participate on sports teams and use bathrooms that correspond with their gender identity, not their sex.” The bill, which is expected to become law, would also “mandate that schools have bathrooms and locker rooms that are fully equipped for transgender students,” whatever that actually means.

Is this the environment you want for your kids and grandkids? (By the way, this also puts a new twist on the meaning of the “men’s [or, women’s] basketball team.”)

And let’s not forget the suicidal decision of the Boy Scouts of America to inject sexuality into its program, putting the interests of a tiny minority over the interests of the whole organization. (Let’s also remember that if a boy didn’t feel the need to announce his same-sex attractions, no one was stopping him from being a boy scout.)

And if you haven’t heard the

And all this is just the beginning – mark my words – unless we stand up together and say, “Not on my watch! Not with my kids and my grandkids!”