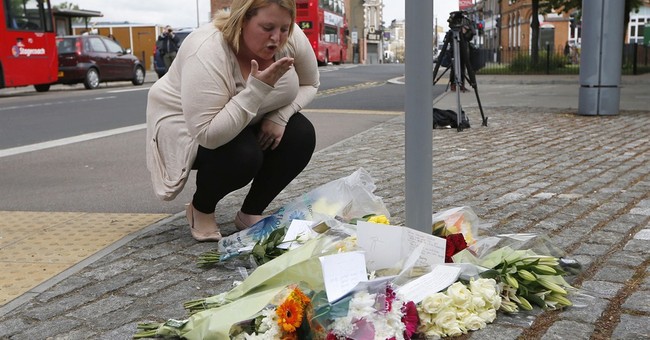 I am sometimes criticized for using the term “radical Islam” when describing acts of Islamic terror, the argument being that this is really normative Islam. In contrast, the more peaceful expression of the faith is understood to be a liberalized, non-representative form of Islam. Could this criticism be valid?

Writing from Australia, CultureWatch commentator Bill Muehlenberg asked, “So how many more 9/11’s do we need before we wake up? How many more Bali bombings? How many more attempted beheadings like in London today [namely, May 23rd]? When will we wake up and realise that Islam is in fact a political ideology which has always been spread by the edge of the sword?

Has he overstated his case?

In the aftermath of the shocking murder and beheading of a British solider this week by two Muslim men (in broad daylight, no less, and with a video commentary and explanation by one of the murderers), British Prime Minister David Cameron immediately issued this statement: “This was not just an attack on Britain and on the British way of life, it was also a betrayal of Islam and of the Muslim communities who give so much to our country. There is nothing in Islam that justifies this truly dreadful act.”

This was echoed by the Muslim Council of Britain, which condemned what it called a "truly barbaric act" which has "no basis in Islam.”

In contrast, Tommy Robinson, leader of the right-wing English Defense League, said: "They're chopping our soldiers' heads off. This is Islam. That's what we've seen today."

On the Islamic side, Omar Bakhri, a “Syrian-born Islamist cleric who taught one of the men accused of hacking to death an off-duty British soldier on a London street praised the attack for its ‘courage’ and said Muslims would see it as a strike on a military target.” And the radical, England-based Islamist preacher Anjem Choudary “has said he was ‘shocked’ by the murder of a soldier in Woolwich, but has refused to condemn the attack,” noting that “I think not many Muslims can disagree with” what the murderer said in his video explanation.

No one would argue that there are multiplied millions of Muslims, perhaps several hundred million Muslims, who are peace loving, who abhor violence in the name of Islam, and who are repulsed by the actions of the Boston Marathon bombers or the London machete murderers. The question is whether these Muslims are being true to the core values of their religion.

Looking at this from a Christian perspective, while we might engage in a war with the Taliban in Afghanistan, this is not a holy war for us but a military campaign, even if Christian soldiers in the military feel they are doing God’s work in protecting America and rooting out terrorism.

But no one – or at least, hardly anyone with a working brain – is thinking that it is our Christian duty to kill Muslims or that by decimating the Taliban we are advancing the gospel. (We can safely ignore the ridiculous claims of Mikey Weinstein here.)

Even the exceptions to the rule, like Fred Phelps of the notorious (and tiny) Westboro Baptist Church, are not advocating murdering Muslims (or other Christians or Americans in general), and they are completely repudiated by virtually every recognized Christian group in the land.

Yet this universal repudiation of Islamic terror is never to be found in Muslim circles for at least two reasons: 1) Muslim leaders do not universally repudiate these acts, since many consider this to be a valid expression of jihad. 2) In many cases, those Muslims who want to speak out will not for fear of their lives. As an anonymous (!), atheist Pakistani blogger writes, “I have ideas and opinions that are unconventional, as far as most Pakistanis are concerned. I’m not the only one who thinks differently, but the systematic silencing of our nation’s free-thinkers, has reduced the non-religious and liberal population to a small, scattered class of individuals.”

This reminds me of Muslim protesters in England a few years back who basically said, “How dare you call us terrorists! We will kill you!”

But there’s something far weightier to consider as we look at the severe Islamic persecution of Christians in countries like Iraq and Egypt and Syria and northern Nigeria. The fact is that this has happened before, and it took place during the so-called Golden Age of Islam.

“As late as the eleventh century,” he writes, “Asia was still home to at least a third of the world’s Christians, and perhaps a tenth of all Christians still lived in Africa—a figure that the continent would not reach again until the 1960s. Even in 1250, it still made sense to think of a Christian world stretching east from Constantinople to Samarkand (at least) and south from Alexandria to the desert of the Ogaden, almost to the equator.”

What happened to this thriving, intellectually vibrant Christianity? Jenkins explains, “And yet this older Christian world perished, destroyed so comprehensively that its memory is forgotten by all except academic specialists.”

It was virtually wiped out by violent Islamic persecution, “especially during the fourteenth century, [when] church hierarchies were destroyed, priests and monks were killed, enslaved, or expelled, and monasteries and cathedrals fell silent. As church institutions fell, so Christian communities shrank, the result of persecution or ethnic and religious cleansing.”

Perhaps radical Islam is more normative than many of us would like to believe. At the very least, Islam has a potentially violent core that is deeply associated with its fundamental principles of faith.