Michael Barone
|
Posted: Jan 08, 2021 12:01 AM
Share   Tweet
The opinions expressed by columnists are their own and do not necessarily represent the views of Townhall.com. 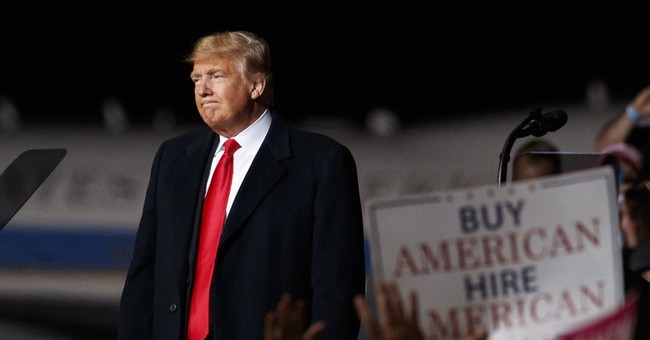 The policies of defeated one-term presidents are not as easily reversed as their victorious successors, suffused with campaign rhetoric, sometimes suppose they will be. Even when, as now, the winning party has majorities in both houses of Congress.

Those narrow margins didn't prevent Bush from serious legislative accomplishments -- a major tax bill, a bipartisan education bill. But such results are not easily duplicable today. The government then was running surpluses, not record deficits, and the parties' caucuses then were less ideologically homogeneous.

Partisan feelings are rawer as well. We have passed through four years of Hillary Clinton and other top Democrats proclaiming Donald Trump's presidency was "illegitimate" and pursuing the Russian-collusion hoax. Trump is trumping that by attacking his defeat as "fraudulent" and threatening to keep delegitimizing his successor and to attack Republicans who don't join him.

One dismal and escalating departure from norms after another.

Even so, the comparatively calm business of policymaking can and will go on. And while the narrow Democratic majorities will naturally reverse some Trump policies, there's a serious argument for pausing to consider what their predecessors got right.

Such as economic equity. The macroeconomy during the first three Trump years grew robustly, with real median household income rising 9% after near-zero growth from 1999 to 2016.

Even more striking, gains in the Trump years were greatest at the low-income levels, rather than high-income levels: 4.7% wage growth among the lowest quarter of earners in 2019, with the bottom 90% increasing their share of overall earnings for the first time in a decade.

Since the 1980s, Democrats have been lamenting stagnant wages among low earners even as billionaires make dazzling gains. Republicans have sometimes sung the same tune. But nonetheless, the trend continued during the Bill Clinton, George Bush and Barack Obama presidencies.

Now, it's true, as Obama administration economist Jason Furman argued recently in the Wall Street Journal, that political and economic cycles are not always in sync and the effects of particular policies are hard to untangle from other factors.

But Furman passes lightly over Trump policies that were designed to affect wages in the way that actually occurred. They were identified by New York Times columnist Ross Douthat, in a column where he explained he was tempted to vote for Trump, as loose money and less immigration. "The economy under Trump was the best for the working class in two decades. And kicking him out means we go back to mass low-skilled immigration, back to wage stagnation," Douthat wrote. "Look, we just ran the policy experiment! Tighter borders, higher wages."

In fact, low-skill and illegal immigration from south of the border dropped sharply after the 2007 housing bust and apparently hasn't reached those levels again. The total immigration population increased by about 650,000 annually from 2010 to 2017, according to the Center for Immigration Studies, but fell to an average of about 200,000 annually in 2018 and 2019. Also, America has been getting an increasing proportion of immigrants from Asia than from Latin America, and so, we have moved to the higher-skill immigration flow both parties say they want.

Note that these changes occurred without major legislation. The stated intention to enforce current laws rigorously, and the pressure effectively asserted on Mexico to aid that enforcement, seem to have discouraged many potential low-skill immigrants from coming. Similarly, perceptions of a decreasing supply of low-wage immigrant workers appear to have prompted employers to offer higher wages.

In campaigning, President-elect Joe Biden and other Democrats have suggested they will completely reverse what they consider to be the hateful and bigoted Trump immigration policies. But now they're suddenly hesitant. They're obviously wary of the spectacle of large crowds along the Rio Grande chanting, "Biden! Biden!" and then crossing the river and blending into the population.

This looks like fear of public reaction and perhaps lack of confidence in sympathetic media's ability to smother coverage of surging illegal immigration as they did of Hunter Biden's laptop. Or perhaps it's a recognition by politicians who fancy themselves the protectors of the little guy, even as they brag about how much money their voters make, that policies they've called racist have been producing economic gains they've for years promised for -- and not delivered to -- working-class Americans.