Michael Barone
|
Posted: Apr 13, 2018 12:01 AM
Share   Tweet
The opinions expressed by columnists are their own and do not necessarily represent the views of Townhall.com. 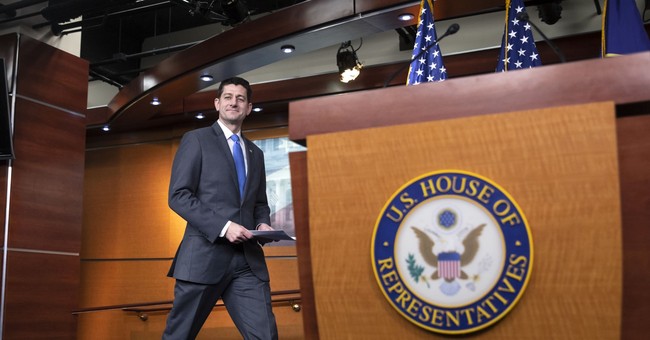 One hundred nineteen years ago, Speaker of the House Thomas B. Reed announced that he was, after 22 years of service, resigning from Congress. Reed had been one of the most effective speakers ever. Barbara Tuchman's account, in "The Proud Tower," of how he neutered the minority party has entranced readers for decades now. When Democrats tried to prevent the presence of a quorum by refusing to answer roll calls, he defeated their efforts by simply noting their presence from the chair.

In the process, Reed made policy, passing the first billion-dollar budget -- which included generous Civil War pensions -- the Sherman Antitrust Act and a big budget boost for the Navy. The civil rights bill he got the House to pass -- the last such measure for 67 years -- was blocked in the Senate.

Why did Reed leave Congress? He disagreed with his party's president. William McKinley had reluctantly gone to war with Spain and acquired the Philippines. Reed thought that was wrong policy. He left Washington and his native Maine and moved to New York to practice law.

The parallels aren't quite exact between the resignation in 1899 of the 32nd speaker and the announcement by the 54th speaker, Paul Ryan, Wednesday that he won't seek re-election, but they're close enough for government work. Both cared a lot about policy and were partially successful at setting it. Each had the trust of a potentially fractious caucus. Both decided to leave because they were at odds with their party's president.

And yes, there is more to Ryan's claim that he wants to spend more time with his family than is usually the case. The Wisconsin Republican took the speakership only on condition that he would stay home on weekends rather than, like his predecessors, fly around the country fundraising.

Like Reed with McKinley, Ryan is not at odds with Donald Trump on everything; for example, they were in sync with the tax bill that Ryan pushed through in December. But they didn't agree on much else.

Ryan was first elected to the House in 1998, at age 28, after working as a staffer for Jack Kemp. As ranking member and chairman of the House Budget Committee, he sought Medicare entitlement reform and got just about every House Republican to sign on. He backed changes in Medicaid and food stamps, as well, and supported free trade agreements. He fashioned programs to help people out of poverty. On almost all such issues, Trump has other views -- or none at all. He has made clear that he opposes any entitlement reform, which leaves it with zero support from both Republicans and Democrats.

In temperament, Ryan and Trump are something like polar opposites. During the 2016 presidential campaign, Ryan, the 2012 Republican vice presidential nominee, made clear his distaste for Trump's tirades and his reluctance to endorse him.

In his own vice presidential debate against Joe Biden, the polite Ryan, taking a page from his mentor Kemp's performance against Al Gore in 1996, withstood but declined to imitate Trumpish assaults. Liberals who lament conservatives' lack of civility might profitably watch the video.

It's possible that the realistic prospect of Democrats winning a House majority in November is one reason for Ryan's retirement. Being minority leader is no fun. "The best system," Thomas Reed said, "is to have one party govern and the other party watch."

But governing is not very gratifying, either, when working in tandem with a president who is inconstant, inattentive and inclined to give away his negotiating position with a Fox News Channel-inspired tweet, recoiling with attacks on those who seek to carry out his wishes as best they can discern them. Undoubtedly, that's one reason that a record number of House Republicans are not seeking another term.

Some of this discord is attributed to the fact that Trump's signature policies on trade and immigration are different from those of recent Republican nominees. But that's often the case. Bill Clinton was out of line with most Democrats on welfare reform. The same can be said about George W. Bush with most Republicans on illegal immigration and Barack Obama with most Democrats on the Trans-Pacific Partnership. Those differences proved to be bearable. With Trump, it seems, not so much.

Speaker Reed left the House before he turned 60; Speaker Ryan will leave before turning 50. When he does, someone might well say of him these words Mark Twain said about Reed: "He was transparently honest and honorable, there was no furtiveness about him, and whoever came to know him trusted him and was not disappointed."