The 2010s Look More Like Trump's Ideal America Than Obama's

Michael Barone
|
Posted: Jan 05, 2018 12:01 AM
Share   Tweet
The opinions expressed by columnists are their own and do not necessarily represent the views of Townhall.com. 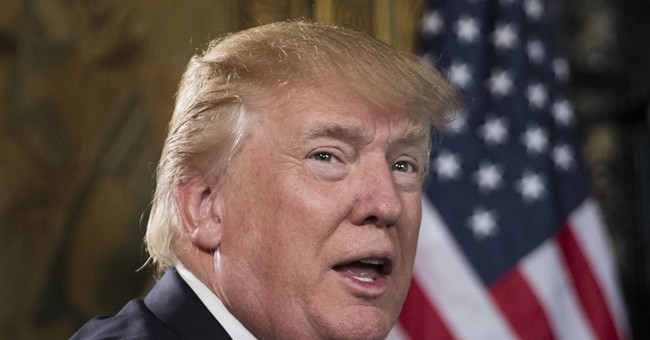 One of my favorite Christmastime presents is the Census Bureau's release of its annual population estimates for all of the states. Comparison of the April 1, 2010, Census Bureau enumerations and the June 30, 2017, estimates for the states shows how each state fared in the Obama years, seeing as this period includes 82 of the 96 months of the Obama administration and only five months of Donald Trump's presidency.

Who are the big population gainers? Some small units: the District of Columbia, at 15 percent (big government, gentrification), North Dakota, at 12 percent (fracking, which liberals failed to stop), and Utah, at 12 percent (1950s-style high birthrate).

Those with the largest impact, however, are Texas, at 13 percent, and Florida, at 12 percent. Together, their population increase was 5.3 million, nearly one-third of the national total. Why? No state income taxes, light-touch regulation and resulting private-sector booms.

Three states actually lost population. Two are small and easily explainable. West Virginia's minus 2 percent can be attributed to Barack Obama's war on coal. And Vermont's minus 1 percent can be chalked up to Woodstock-era migrants -- Bernie Sanders, Howard Dean. They've liberalized the state's culture and politics, so with the state's high taxes and stringent environmental bans, no one is following.

The third loser is Illinois, at minus 0.3 percent. It takes some doing to get people to flee one of mankind's greatest artifacts, Chicago. But Michael Madigan, speaker of the Illinois House for all but two years since 1983, has proved that he's up to the task.

High and rising taxes, to pay for hugely underfunded public pensions, have done the trick. Illinois' net domestic outmigration in the 2010-17 time frame was 642,000, more than any other state's but New York's.

The nexus between high taxation and domestic outflow is plain when you look at percentages. Domestic outmigration was 5 percent of 2010 population in Illinois and New York and 4 percent in New Jersey and Connecticut (which General Electric left behind for the former Taxachusetts, which cut taxes sharply in the 1990s). In only three other states in the contiguous 48 was outmigration more than 2 percent.

Domestic inflow was 4 and 5 percent of 2010 population in Texas and Florida, respectively, and the same percentages are found in the Pacific Northwest and five Mountain States (Colorado, Nevada, Arizona, Idaho and Montana). It was even higher, 6 percent, in North Dakota and South Carolina.

For most of the first decade of this century, up to the Great Recession, it was widely observed that foreign immigration was spreading from its initial focuses -- California, Texas, New York, Florida -- to other states, especially in the South. That trend seems to have been petering out in 2010-17.

Nationwide, immigration in these years was 2.3 percent of 2010 population, lower than during the 1982-2007 surge. And in only 12 states and D.C. was that rate above the national percentage.

Higher immigration rates were registered in Florida, at 5 percent (the nation's highest), and in states clustered around New York, Boston and Washington -- 3 to 4 percent in Massachusetts, Rhode Island, Connecticut, New York, New Jersey, Maryland and Virginia, with D.C. at 5 percent.

Florida's gains reflect immigrants from Latin America south of Mexico, but the others represent increased immigration from Asia, which in recent years has produced more arrivals than Latin America -- a reversal of the 1982-2007 trend. Increased Asian immigration is reflected also in the above-national-average immigration rates in Hawaii and Washington state.

Census data show Asian concentrations in university communities and medical centers. Of course, not all Asian immigrants are high-skilled techies or doctors, but overall, the immigration inflow in the 2010s has been more high-skilled and substantially less low-skilled than before.

All of which suggests a counterintuitive hypothesis, that the patterns of internal and immigrant migration of 2010-17 look less like Barack Obama's ideal America and more like Donald Trump's.

The flight from high-tax to low-tax states, diminished but higher-skilled immigration, the fracking boom in North Dakota, the decline in hip Vermont -- you might even say 45 started winning even when 44 was in office.