Is 2016 Redrawing the Political Map?

Michael Barone
|
Posted: Aug 26, 2016 12:01 AM
Share   Tweet
The opinions expressed by columnists are their own and do not necessarily represent the views of Townhall.com. 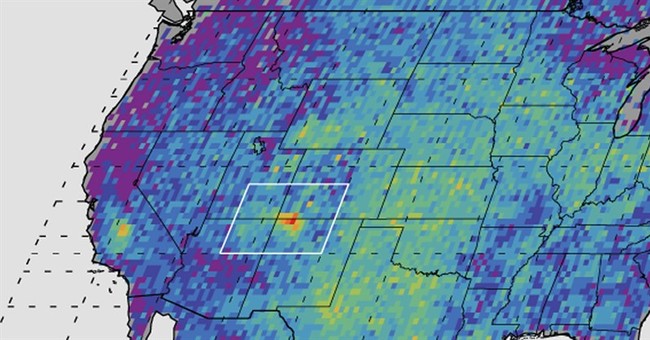 Trending
Is the political map, so familiar that even non-pundits offhandedly refer to red, blue and purple states, changing before our eyes? Yes, at least to a limited extent -- and it's probably about time.

The political map has been pretty static for almost two decades, the longest since the 1880s. In the last four presidential elections 40 states and the District of Columbia, with 422 electoral votes, have voted for nominees of the same party each time. In only a few cases were the margins very close, as was the case with the five states with 41 electoral votes that voted for a second party just once (North Carolina, Indiana, Iowa, New Mexico, New Hampshire).

That leaves only five states, with 75 electoral votes, supporting the winning candidates, George W. Bush and Barack Obama, in all of the last four elections. You will recognize them as the purplest of purple states: Florida, Ohio, Virginia, Colorado, Nevada.

Current polling, which shows Hillary Clinton leading Donald Trump by 4 points nationally, suggests it's possible that all 40 steadfast states will stay in the same column next November. Clinton is actually running stronger in 2012 target states than nationally, perhaps because her campaign has been running reams of television ads in most of them and Trump's hasn't.

But there's also something else going on, some significant though not overwhelming (and to some extent countervailing) trends among identifiable segments of the electorate.

Trump has tended to run better than earlier Republicans among non-college-graduate whites and weaker among college graduates, and better among the old than the young.

That explains why he's apparently running far behind in purple states Virginia and Colorado, with their young and high-education populations, to the point that the Clinton campaign has canceled ad buys there. Actually, this is an extension of the trend that shifted those two states from safe Republican in the Bush elections to national-average purple states in the Obama elections.

At the same time, Trump's comparative strength among non-college whites has left him competitive in Florida, Ohio and Iowa and well ahead in Indiana, with their older, less educated populations. And it's made him at least potentially competitive in the industrial swath from western Pennsylvania to eastern Iowa where, as New York Times Upshot writer Nate Cohn has explained, near-majorities of non-college whites, many who grew up in union households, voted for Obama over management scion Mitt Romney in 2012.

The map may also be changing in Georgia and Arizona, where polls show close races. In recent elections college graduate whites there have been casting huge Republican percentages, overcoming Democratic margins among their growing black and Hispanic minorities. Trump's weakness among college grads may help Clinton carry their 27 electoral votes.

Will these shifts prove enduring, however this election turns out? Evidence from history suggests they might. Barry Goldwater and George McGovern, about as far out of line with their parties' previous nominees as Trump is of his, lost in 1964 and 1972 landslides, respectively. But the groups among which they made gains became part of their parties' bases in the future.

Goldwater carried the deep South, running even better than Dwight Eisenhower had there. Though the process was delayed by the deep-South-based George Wallace and Jimmy Carter, that region became solidly Republican by 1984 and has been ever since.

Goldwater and McGovern lost the national popular vote by 23 percent margins, back in the years when most voters remembered the Great Depression and World War II and were willing to cross party lines to re-elect a president who seemed to produce prosperity and peace.

Today's polarized electorate, unfamiliar with such disasters, is less ready to cross party lines, and Trump is not 23 points behind. But many voters seem willing to abandon their party: 21 percent say they're not voting for either major-party nominee.

That suggests low turnout, as well as more states in play if the race tightens up. In the longer run, questions lurk. If Clinton wins with less than 50 percent, can her party hold onto college grads unable to stomach Trump? Can post-Trump Republicans hold onto non-college whites he's attracted?

My guess is that the answers will be no and yes. What's yours?