Sympathy for Victims Can Be Misdirected -- and Backfire

Michael Barone
|
Posted: Aug 23, 2016 12:01 AM
Share   Tweet
The opinions expressed by columnists are their own and do not necessarily represent the views of Townhall.com. 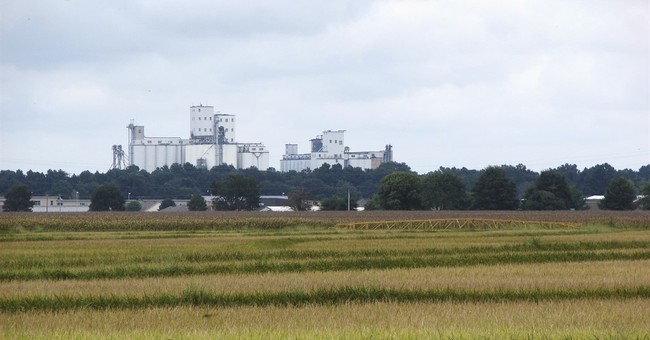 Trending
Victims aren't always virtuous. That's a sad lesson that people learn from life. Human beings have a benign instinct to help those who are hurt through no cause of their own. But those they help don't always turn out to be very grateful.

And sometimes it's hard to be sure just who the victim is. The most heavily publicized and violence-prompting police killings of young black men -- in Ferguson, Missouri, in 2014, and Milwaukee this month -- appeared to be, as the facts became known, justifiable responses to felons' assaults.

That was pointed out last week in one of three well-crafted and teleprompter-delivered speeches by, of all people, Donald Trump. (Hillary Clinton's campaign made snarky remarks about Trump's using a teleprompter, as Republicans have often made snarky remarks about Barack Obama's.) Trump's delivery of three carefully prepared and thoughtful speeches the same week he named the crass provocateur Steve Bannon head honcho to his campaign looks like one of the prime ironies of campaign 2016.

"For every one violent protestor, there are a hundred moms and dads and kids on that same city block who just want to be able to sleep safely at night. My opponent would rather protect the offender than the victim."

This identification of the victim is spot on. Trump and Clinton and I are old enough to remember the urban riots of the 1960s and what followed. As an intern in the mayor's office in Detroit, I witnessed the 1967 riot from city hall and police headquarters and on the streets.

I know much of Detroit block by block, and I know what happened there afterward. I know that the most victimized group was black Detroiters who worked hard and paid off their mortgages for 30 years and who, because of the riot and high crime, ended up with $10,000 of equity in a house worth 10 times that in a low-crime working-class suburb.

It's even harder to accurately identify victims who are farther away. In September 2015, when much of the world was moved by the picture of the body of a 3-year-old Syrian refugee drowned on a Turkish beach, German Chancellor Angela Merkel promised to welcome 800,000 refugees. That's 1 percent of Germany's population; the equivalent here would be 3.2 million.

It's not hard to understand what moved Merkel. She grew up in East Germany, behind the infamous wall, and like other German leaders and the German people feels an obligation to atone for the horrors of the Nazis.

Now, a year later, more than 1 million "refugees" have entered Germany, about three-quarters of them young men, most not from Syria but Muslims from places like Bangladesh, Pakistan, Libya and Eritrea.

Thousands have assaulted young women in organized attacks hushed up by the government and the press. Several have launched terrorist attacks, shooting people in shopping centers, setting off bombs or swinging an ax at railroad passengers. Few appear eager to take education classes in Western mores or to accept jobs being offered by Germans who were hoping the newcomers would supply the skilled labor that population-losing Germany needs.

In our presidential campaign Donald Trump has been criticizing Obama for promising to accept just 10,000 Syrian refugees and has charged that Clinton would welcome 620,000 more, without noting that that's far less, proportionately, than Merkel's Germany has taken in.

Whatever the number, Trump's stronger point is that in any large influx many terrorists will come in, as in Germany. He has called for "extreme vetting" of any such refugees, without specifying exactly how that could be done.

The problem is that many people we see as victims aren't, and many who are victims aren't virtuous, in the sense of being willing to assimilate to American toleration and diversity. Our natural sympathy should prompt us to find ways to help. But that need not mean inviting them here.