Michael Barone
|
Posted: Jan 08, 2016 12:01 AM
Share   Tweet
The opinions expressed by columnists are their own and do not necessarily represent the views of Townhall.com. 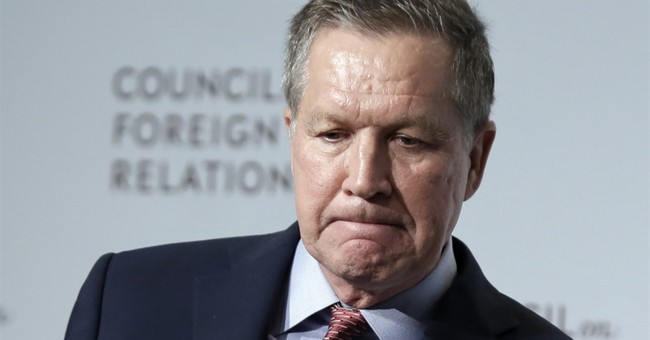 Trending
Rough and tumble. Hammer and tongs. In the race for this year's Republican nomination, Donald Trump has not hesitated to attack and ridicule many of his opponents, and some of them have teed up attacks on him, only to hold back when they seemed to help rather than hurt him.

Ted Cruz is the one candidate who has conspicuously refrained from attacking the national frontrunner, gliding along in his wake. "As others have thrown rocks and others have tossed insults, I haven't reciprocated," Cruz said Jan. 5.

He did respond to Trump's ham-handed attempt to question his status as a "natural-born citizen" (because he was born in Canada) with a tweet showing Fonzie jumping a shark, suggesting Trump's gone too far and made himself ridiculous. Given that Henry Winkler, the actor playing that role, has been cutting reverse-mortgage ads aimed at seniors, perhaps that's an attempt to subliminally contrast the 69-year-old billionaire with the 45-year-old Texas senator.

But this is pretty small stuff compared to the attacks launched by candidates often characterized as "establishment" Republicans vying to overtake Trump or finish a close second behind him in New Hampshire.

The super PAC supporting Marco Rubio is running two ads targeting Chris Christie, whose New Hampshire town hall campaigning has pushed him to number three there. One attacks him for supporting Common Core and expanding Medicaid in New Jersey. "One high-tax, Common Core, liberal-energy-loving, Obama-Medicaid-expanding president is enough," the narrator ominously warns, over an image of Christie embracing Barack Obama in the wake of super-storm Sandy in the closing week of the 2012 campaign. Another slams Christie for the "Bridgegate," the Fort Lee lane closure scandal of 2014.

Another ad asks, "When New Jerseyites look at Chris Christie, why do so many want to leave?" The reasons given: high taxes, slow job growth, the indictment of two Christie aides over Bridgegate.

Backers of John Kasich, who was running second in New Hampshire polls in early September but has slumped since then, are sending out direct mail describing Christie as "Tough Talk. Weak record." "Here in Ohio, we have a balanced budget; they don't over in New Jersey," Kasich told "Meet the Press." "Our credit has been strengthened; their credit has been downgraded. We've got more jobs."

Christie has come roaring back, declaring that Rubio has "never been in a tough race in his life" and attacking him for being part of the Gang of Eight supporting a comprehensive immigration bill in 2013. "The guy who advocated for amnesty and then ran away when the topic got too hot tells you two things: He's not a reliable conservative, A, and B, whenever it gets too hot, Marco turns tail and runs." Christie has also attacked Rubio for missing Senate roll-call votes.

Josh Marshall, the proprietor of liberal site Talking Points Memo, argues that such attacks show "just how badly this primary cycle is going" for Republicans. Actually, they're standard-issue campaigning in a cycle that has, largely thanks to Trump, not been unfolding according to the usual rules.

Whether these particular attacks are accurate is something that the press can address; whether they are fair and relevant is ultimately up to the voters. Criticizing Rubio's Senate attendance record seems unlikely to be more helpful to Christie, who has not been spending much time in Trenton, than it was to Jeb Bush when he confronted Rubio on the issue in the third Republican debate.

Rubio has responded to attacks on his Gang of Eight support with charges that Ted Cruz, who opposed the bill, nonetheless backed measures to increase legal immigration.

The problem facing all these candidates is that, in a multi-candidate contest, negative attacks by Candidate A can reduce support for Candidate B but may end up hurting Candidate A, as well, and helping Candidate C or D or E. Thus negative volleys between Dick Gephardt and Howard Dean ended up helping John Kerry and the now-forgotten John Edwards in the 2004 Iowa caucuses.

Nonetheless, elections are a zero-sum game, with only one winner, and so negative campaigning, despite the risks, is inevitable in a contest like this. Look for more before the voting begins next month.