Another Impossible Thing May Happen: Change in Partisan Alignments 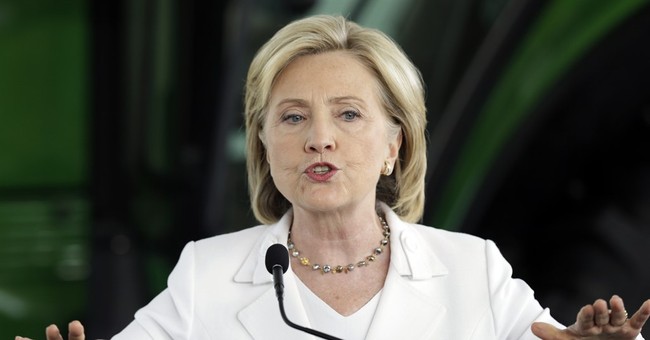 This has happened before. History teaches two lessons pointing in opposite directions: Partisan divisions can stay the same for a long time. And they can change suddenly and without much warning.

There's no question that partisan divisions have shifted little in recent years. Consider the almost precisely identical popular vote percentages for Barack Obama in 2012 (51.01 percent) and those when you combine the 2000 vote for Al Gore and Ralph Nader (48.38 plus 2.74 for 51.12 percent). The Republican percentages in those elections were nearly identical, too: 47.15 percent for Mitt Romney and 47.87 percent for George W. Bush.

Moreover, the national pattern was matched in most states. In 28 states and the District of Columbia the Obama 2012 and Gore/Nader percentages were within 1 or 2 percent (rounded off) of each other.

The biggest shifts were not, by the way, in California, Texas or Florida, despite large Hispanic immigrant influxes. They voted just 1 or 2 points differently in 2000 and 2012, and the same was true for the large states from New York and New Jersey westward to Illinois and Wisconsin, Minnesota and Iowa.

The biggest shift toward Democrats, 9 points, came in Obama's birthplace Hawaii, and in left-trending Vermont. The next biggest (at 5 points) were in Virginia and North Carolina, where the Obama campaign rallied high-education newcomers and larger-than-national-average black populations to the polls.

All of which suggests that the 2016 results should look somewhat similar. Neither party has won less than 46 percent or more than 53 percent nationally since 1984. Like economic forecasters, psephologists usually expect the next cycle to look like the last one.

But maybe not. Consider another extended period with even more turmoil during which the two parties' presidential percentages were almost identical at beginning and end: 1960 to 1976. John Kennedy got 49.72 percent of the popular vote, Jimmy Carter 50.08 percent.

Here again, despite the upheaval of the civil rights revolution, there was surprisingly little regional change. The Carter and Kennedy percentages were within 1 or 2 points in 22 states (D.C. didn't vote in 1960).

Both 1976 nominees came from their parties' historic heartlands, the Upper Midwest and the Deep South. That helped Carter reassemble a Democratic coalition that looked much like Kennedy's, uniting Northern Catholics and Deep South whites, augmented with blacks. Gerald Ford, like Richard Nixon, carried affluent suburbs and California, even winning 49 percent in the San Francisco Bay Area.

But that 1960-1976 alignment quickly disappeared. Carter lost 12 of 14 Southern states to Ronald Reagan, and the South became bedrock Republican -- presidentially in 1984, congressionally in 1994. Affluent suburbs in million-plus Northern metropolitan areas moved toward Democrats in the 1990s. Mitt Romney got 24 percent in the Bay Area in 2012.

For 2016, Hillary Clinton is trying to re-assemble the Obama majority. Republican strategists are hoping to pluck enough 2012 target states to win. But events so far -- Clinton's slide, the Trump phenomenon -- may destabilize what have been enduring partisan preferences. And who knows what more turbulence is ahead?

Just about every election watcher (including me) has assumed that a new partisan alignment is an impossible thing. History tells us it is -- until it isn't.