Obama's Quest for a Grand Bargain With Iran Seems Unwise 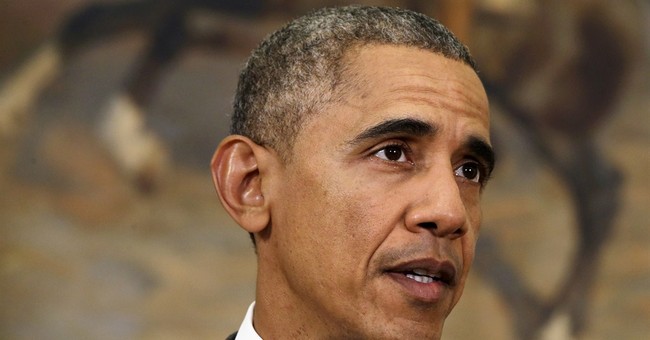 Trending
"We will extend a hand if you are unwilling to unclench your fist," President Obama proclaimed in his inaugural address in January 2009. He characterized those to whom this was addressed in negative terms, but the implication was that this president, unlike his predecessor, would be willing to negotiate with and make concessions to unfriendly nations.

It is a promise he has striven to keep, with Russia initially and Cuba more recently, but most of all to the Islamic Republic of Iran. The hand has been extended, more than once. But has the fist come unclenched?

That question has become increasingly uncomfortable and pressing as negotiations over nuclear weapons drag on. In a 9,000-word article in Mosaic magazine, former Bush staffer Michael Doran makes a powerful case that the answer is no -- and that "a grand bargain with Iran" has been and remains the central goal of Obama's foreign policy.

Obama assumes, Doran argues, that Iran and the U.S. are natural allies with common interests and that George W. Bush's obduracy was the main obstacle to rapprochement. Bush had largely ignored the December 2006 recommendations of the Baker-Hamilton commission, including engagement with Iran, and ordered a surge of troops in Iraq instead. Obama has abandoned Iraq and pursued Iran.

Thus Obama turned a cold shoulder to Iran's pro-democracy Green Revolution movement in June 2009. He proposed to let Iran keep its nuclear infrastructure and transfer uranium to Russia, a deal nixed by Ayatollah Ali Khamenei. He signed sanctions against Iran only reluctantly in the face of near-unanimous support in Congress.

Early in 2013 he established secret back-channel negotiations with Iran. Months later he promised to relieve sanctions but accepted Iran's right to enrich uranium and to keep it stockpiled, enriched to 5 percent.

He declined, against his top advisers' recommendations, to arm rebels against the Iran-backed Assad regime in Syria after it crossed his "red line" of using chemical weapons, and let Iran's friend Russia disarm them. "Obama has given Iran a free hand in Syria and Iraq," Doran writes, "on the simplistic assumption that Tehran would combat al-Qaida and like-minded groups in a manner serving American interests."

This year, Obama has spoken out against a bill, supported by large congressional majorities, that would re-impose sanctions if the U.S. and Iran don't reach agreement on nuclear talks by June -- the third deadline after failing to reach agreement in July and November 2014.

This seems to defy logic: If, as Obama concedes, sanctions brought Iran to the bargaining table, sanctions should move them toward agreement. But Obama's position makes sense if you accept Doran's argument that Obama's overriding purpose is a regional alliance with Iran.

In the American Interest, Walter Russell Mead sets out a case for such an alliance. Iran's population is educated and pro-American. An extended hand can encourage Iranian leaders to be more moderate. A likely alternative is an ugly war.

But, as Mead notes, there are weaknesses to such arguments. Even a friendly Iran would be hawkish on oil prices and hostile to Israel. Its untrammeled regional influence would reduce American leverage. And change in the character of a regime consistently hostile for 35 years is uncertain. "It looks to many," Mead warns, "as if the United States is dumping its old allies without securing a replacement."

America's current Arab allies, after all, aren't determined to destroy Israel. Iran's mullahs, as Benjamin Netanyahu will presumably remind Congress next month, have been and are. Obama's show of displeasure over the Netanyahu speech seems driven by concern that it may upset his plan for a grand bargain with Iran.

Obama may be comparing his outreach to Iran with Richard Nixon's to China. But Nixon and Henry Kissinger were careful not to give China carte blanche to dominate its neighborhood.

There may be a certain American naivete at work here. Just as George W. Bush thought Iraqis were yearning for American-style democracy and capitalism, so Obama seems to be assuming that Iran seeks to be an American-style power, prosperous and generous-minded.

But everything we know about the Iranian leaders tells us that their goals are sharply different from ours -- and remain so even after the election of a president who remembers hearing as a child the call of the muezzin.

References to common backgrounds appeal to American voters. But they don't seem likely to soften the hearts of Iranian dictators.