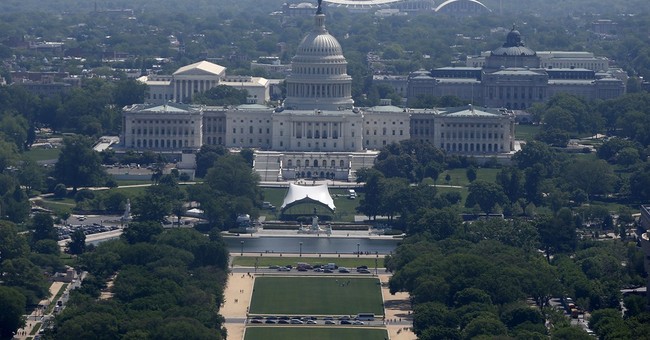 Even as Republicans are about to regain a majority in the Senate after eight years in the minority, the conventional wisdom around Washington is that Democrats are likely to win back that majority again in 2016. That's certainly possible, but it's short of a slam dunk.

Superficially, the field of Senate seats up in 2016 looks as unfavorable for Republicans as the field of Senate seats up this year looked for Democrats. Of the 36 seats up in 2014, Democrats were defending 21, including seven in states carried by Mitt Romney. Of the 34 seats currently up in 2016, Republicans will be defending even more, 24, including seven in states Barack Obama carried in 2012.

In a nation that increasingly votes straight ticket, there is a high correlation between voting for president and voting for Senate. Harry Enten and Dhrumil Mehta of FiveThirtyEight calculate that "it explained over 75 percent of the variation in results across the (Senate) races this year. That's the highest ever."

Democrats lost six of the seven Senate seats in Romney states in the November election, and seem almost certain to lose the seventh when Louisiana votes in its Dec. 6 runoff between Democratic incumbent Mary Landrieu and Republican challenger Bill Cassidy.

Democrats also lost seats in two states Obama narrowly carried, Colorado (51 percent) and Iowa (52 percent), and came close to losing them in two more, Virginia (51 percent) and New Hampshire (52 percent). That's about what you would expect with the president's job approval down about 8 percent from November 2012.

We don't know what Obama's job approval will be in November 2016, and he will not be on the ballot, so the correlation of presidential job approval and voting for senator may be lower. But the 2012 Obama percentage will likely be a good indicator of the balance of opinion in each state.

However, Republicans don't face the peril in 2016 that Democrats faced in 2014. Six of the seven Democratic seats up this year in Romney states were in states where Obama lost by double-digit margins. Only North Carolina was close, and Republican Thom Tillis won there by the same 2-point margin by which Romney carried the state in 2012.

In contrast, six of the seven seats Republicans will be defending in 2016 are in states that Obama carried with between 50 and 52 percent of the vote -- states that are no more heavily Democratic than Colorado, Iowa, New Hampshire and Virginia, where Republican non-incumbents were competitive this year.

In three of these Obama states, Republican incumbents have shown a capacity to run well ahead of their party -- Charles Grassley in Iowa (52 percent Obama), Kelly Ayotte in New Hampshire (52 percent) and Rob Portman in Ohio (51 percent). They may well do so again.

Three others would not have to run much ahead of party lines to prevail -- Marco Rubio in Florida (where Obama got 50 percent), Pat Toomey in Pennsylvania (52 percent) and Ron Johnson in Wisconsin (52 percent).

Of course, it's possible that the overwhelmingly popular Grassley may choose to retire at age 83 and that any of the others could lose to a credible opponent. But it would not be a steep climb for any of them to win, either.

Only one incumbent Republican holds a seat in a heavily Democratic state, Mark Kirk of Illinois (57 percent). But Kirk won his seat by running ahead of party lines among affluent suburbanites, the same group crucial to Bruce Rauner's victory in his race for governor this year. And Kirk may have special appeal for his successful fight to recover from a stroke he suffered in 2012.

One should add that it is conceivable that Republicans could lose Richard Burr's seat in North Carolina (48 percent Obama). And sometimes a seemingly safe seat becomes vulnerable, as happened in Kansas this year.

Eight of the 10 seats Democrats are defending are in states Obama carried with at least 54 percent of the vote, and they don't look vulnerable. Michael Bennet in Colorado (51 percent for Obama) has been forewarned by his colleague Mark Udall's defeat. Harry Reid in Nevada (52 percent Obama) looks beatable, especially against Gov. Brian Sandoval, who was just re-elected with 71 percent of the vote. But Reid has beaten the odds before.

Democrats do look well-positioned to gain Senate seats, but not necessarily the number needed to overturn what looks to be a 54-46 Republican majority.