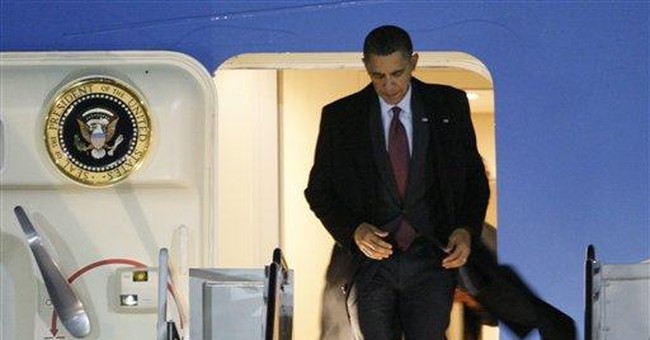 No president enters office knowing everything he needs to know. His experience is limited to some greater or lesser extent; his knowledge of the people from whom he will choose appointees is incomplete; his mastery of the substance of public policy, after years on the campaign trail, is likely to be out of date. And like all of us, he does not know what the future will bring.

So presidents must rely on something else, something intangible and unquantifiable, in determining what is within the realm of possibility and what is a bridge too far: intuition.

Great leaders have it, though it sometimes fails; failed leaders don't, though their plans sometimes succeed.

In the first category are great American presidents like Franklin Roosevelt. FDR could have nationalized the banks in 1933 and war industries in the 1940s. Instead, he prevented runs on the banks and called in captains of industry to help run the war effort.

Fluent in German, he listened to Adolf Hitler on shortwave radio and recognized by 1938 that he was a monster that must be destroyed. Alerted by Albert Einstein's letter to the possibilities of nuclear fission, he said, "We can't let Hitler get this before we do," and authorized the spending in secret of something approaching 1 percent of gross domestic product on building the atomic bomb.

His judgment in picking military leaders -- Gens. Marshall, MacArthur, Eisenhower, and Adms. King and Nimitz -- was unerringly brilliant. His decisions to invade North Africa in 1942 (against all military advice), to concentrate on the European theater and not the Pacific in 1943 (against the Navy's urging), to stage the cross-channel invasion in 1944 rather than 1943 (despite British and Russian pressure) all look very good in retrospect. It wasn't so easy to make them at the time.

Barack Obama, so far, seems to belong in the second category. Like everyone who gets elected president, he entered office brimming with confidence, convinced he could end the hostility of the Iranian mullahs, Islamist terrorists, the leaders of China and Russia, and the likes of Hugo Chavez.

At least so far, that confidence has proved to be dreamy. Obama now knows their hostility was rooted not just in distaste for George W. Bush's Texas twang but to the fundamental character of the American people. A Muslim middle name hasn't made much difference.

At home, Obama -- like many others and not just in his own party -- believed that economic distress would move Americans to favor government direction of the health care and energy sectors and to support sharply increased federal spending.

That intuition now seems unfounded. As does the intuition that the Senate would pass hugely important legislation on a party-line vote with not one vote to spare. That left Obama and his party hostage to the Cornhusker Hustle and the Louisiana Purchase, and the chance that a special election would transform the 60-vote supermajority to a less-than-super 59. The bridge turned out to be too far.

Obama has picked some good people for important positions and has had some significant policy successes. Treasury Secretary Timothy Geithner, after one misstep, came up with a stress test that has stabilized the big banks. Education Secretary Arne Duncan's competition program promises to spur useful innovation in schools around the country.

Our military forces seem to be on the verge of victory (though Obama doesn't like to use the word) in Iraq and seem to be making clear progress in Afghanistan. The president decided, thankfully, to dissatisfy those Democrats who would acquiesce in an American defeat.

But on what he identified as the biggest foreign and domestic issues, Obama's intuition has proved to be faulty. Things have not worked out as he hoped. And, while a president cannot micromanage everything, his deference to congressional Democratic leaders in determining the details of the stimulus, health care and cap-and-trade bills has proven politically disastrous.

Obama's two predecessors also suffered from failures of intuition. Bill Clinton recovered and got deserved credit for the 1996 welfare reform and the 1997 balanced-budget deal. George W. Bush recovered and deserves credit (though Joe Biden is claiming it now) for the success of the Iraq surge strategy.

Obama, too, may develop better intuition than he has shown so far. But first he has to acknowledge that a successful presidency requires more than the confidence conferred by a high IQ and fancy degrees.