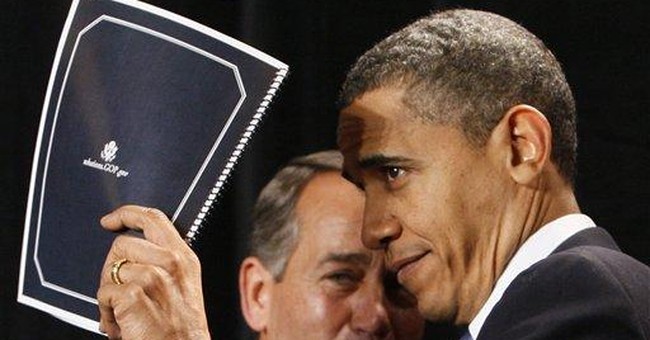 Just whom are we trying to impress?

That's a question that occurred to me when, on his second full day in the presidency, Barack Obama announced we would close the Guantanamo detainee facility within one year.

It's a question that has kept occurring to me over the last year and nine days, even though Obama and his administration have proven unable to keep that promise.

That's a good guide for handling prisoners of war and other lawful combatants covered by international law. But whom are we trying to impress by extending those protections to those who are not covered by the Geneva Conventions or other treaties we have signed?

Whom are we trying to impress by trying Khalid Sheik Mohammed in civilian courts after he already pled guilty to a military tribunal? And trying him in New York City, where the trial will cost something like $1 billion and tie up Lower Manhattan for years?

Would these people we are trying to impress be that much less impressed if the administration belatedly follows the advice of Mayor Michael Bloomberg and Democratic Sens. Dianne Feinstein and Kirsten Gillibrand and stages that trial on a military base or elsewhere outside of New York City?

And whom are we trying to impress by treating the failed Christmas bomber Umar Farouk Abdulmutallab not as a military combatant but as a common civilian criminal, even though he launched an attack on the United States from outside the country? Whom are we trying to impress by administering Miranda warnings and telling him that he has a right to a lawyer and the right to remain silent?

If the answer to these questions is that we are trying to impress Islamist terrorists, we have clearly failed.

Public opinion polls in the Arab and Muslim world have shown only slight upticks in opinion about America in the months after Barack Obama's speeches in Cairo and Turkey and after these administration policy changes. Terrorists did not say, "Gosh, now that Obama is closing Guantanamo and terrorists are being given Miranda rights, I've got to change my mind and decide that the United States is a really nifty country and that freedom and democracy are good things after all."

But perhaps our goal was to convince not terrorists but "world opinion." Are the government and the billion people of India going to think better of the United States if we treat terrorists more gently? Not likely -- they're the targets of terrorists themselves.

How about the government and the billion people of China? My guess is that they see this as weakness, which they would never indulge.

The governments and peoples of Europe? Well, certainly some governments would be pleased, as would the readers of left-wing newspapers and those who attend international conferences. But polling shows that Europeans tend to take a tougher stand on these matters than the elites who dominate the international dialogue.

So whom are we trying to impress? The answer seems to be left-wing intellectuals, academics, voters -- "the educated class," in David Brooks' term -- who decried George W. Bush's policies as reeking of fascism and dictatorship. We are making policies to please those who hang out in law school faculty lounges.

Their numbers turn out to be less formidable than the amount of coverage they have received in sympathetic media suggests. For that we have evidence from the commonwealth of Massachusetts, where Republican Senate candidate Scott Brown called for handing over KSM and the Christmas bomber to military tribunals. His Democratic opponent disagreed. She carried "the educated class," blacks and Hispanics. Brown carried just about everyone else and, even in Massachusetts, won.

Which leads me to ask, again: Just whom are we trying to impress?