The Ghosts of Political Leanings 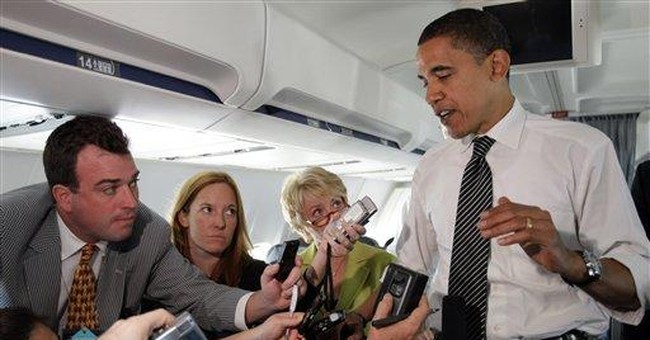 To understand changes in the political map, we naturally tend to look for contemporary explanations. But American political alignments are not written on an empty slate. Beginnings matter, and the civic personalities of states tend to reflect the cultural folkways of their first settlers.

So I was not startled when I compared state poll results in this election with the results of the 2004 election and found patterns that reflect the surges of historic internal migration. For this year's polls, I used the results from FiveThirtyEight.com, which discounts results based on its estimates of pollsters' accuracy and the recentness of the polls. Thus, they don't fully reflect the recent tightening of the national polls.

In two broad swaths of the country, John McCain is running about as well as George W. Bush did or better. One is the route of the westward surge of New England Yankees across upstate New York, northern Ohio, southern Michigan and into northern Illinois. McCain is running ahead of Bush in Massachusetts and just 1 percent behind in New York and (despite its economic problems) Michigan. Historically, this Yankee-settled region has been turned off by Southern accents, such as Bush's Texas twang, and McCain evidently is less off-putting to its cultural liberals.

The other area in which McCain is running even with or better than Bush is the set of states settled by the Scotch-Irish stock, who thronged to the Appalachians in Colonial days and whose descendants followed the southwest path pioneered by their hero, Andrew Jackson. Barack Obama, who has lived in university communities all his adult life, did very poorly in primaries here. McCain, a career military man, runs ahead of Bush in Tennessee and Arkansas and about even in Kentucky, Missouri and Oklahoma. He's running further behind in West Virginia only because Bush ran especially well there.

Obama is distinctly ahead of John Kerry in two differently settled areas. One is what once was called the Old Northwest but could be called Germano-Scandinavian America: Wisconsin, Iowa, Minnesota, the Dakotas, Nebraska and the northern Rocky Mountain states to the west. Historically, this was a dovish, even pacifist region. It produced nearly half the 56 members of Congress who voted against declaring war in 1917, and it was the heartland of isolationism in the years before Pearl Harbor. Michael Dukakis ran well there in 1988, carrying Wisconsin, Iowa and Minnesota; Obama seems to be running similarly. There are also local factors at work. These states never have had very many blacks and have no history of racially divisive politics. And Bush did unusually well for a Republican in Montana, Wyoming and Idaho, where farmers and ranchers bitterly opposed the environmental policies of the Clinton-Gore administration, which now have faded from memory.

The other region where Obama is running better than Kerry or Al Gore is the string of states originally settled by Southern planters -- and their slaves -- from Virginia south through the Carolinas and Georgia and west to Alabama and Mississippi. None was a target state in 2000 or 2004, but culturally liberal suburbanites in northern Virginia and North Carolina's Research Triangle -- plus possibly higher black turnout -- may be moving them toward Obama.

Not all of these different shifts in opinion will alter electoral votes. McCain is not going to carry Massachusetts; Obama is not going to carry Wyoming. But they do explain why Obama is targeting North Dakota and Nebraska (where he might win the electoral votes of the Omaha and Lincoln congressional districts); why Virginia, Republican since 1968, is competitive; and why McCain is running better in economically ailing Michigan than in economically thriving Minnesota.

We like to think our political choices are rational responses to issues of today. But the numbers suggest otherwise. Indeed, they just might be linked to the distant past, to what Abraham Lincoln called "the mystic chords of memory."