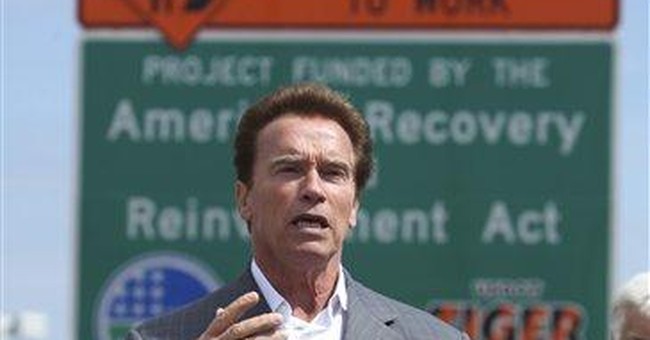 Within a matter of weeks, the great state of California will be out of money. For months state leaders have warned of the yawning $24 billion budget deficit; even exploiting the deficit they created in a failed attempt to scare voters into increasing their taxes in the May special election. The proposed tax increases and budget gimmickry were soundly rejected by voters, sending a clear message to Sacramento that Californians will no longer finance the bloated, inefficient government’s insatiable appetite for more tax dollars. Now the day of reckoning is upon California, and how the Golden State resolves this massive problem will impact the entire nation.

June 15 is the constitutional deadline for the legislature to pass a budget for the new fiscal year, which begins July 1. Lawmakers have historically ignored this deadline—habitually disregarding the Constitution’s authority—but Governor Arnold Schwarzenegger has publicly warned that “after June 15, every day of inaction jeopardizes our state's solvency” and its ability to pay its bills.

The legislature’s Budget Conference Committee has been working to cut some spending to try and cover the $24 billion budget shortfall, but Democrats still haven’t given up on raising taxes and fees, despite voters’ resounding rejection of such a short-sighted fix. The eyes of the nation will be on Sacramento in the coming weeks as politicians quibble over how to pay for their irresponsible spending, a microcosm of the situation in Washington, D.C.—but without the option to create more money via a printing press.

Economic experts are predicting America will lose its AAA credit rating due to the massive debt its government continues to incur; adding California’s debt will certainly tip the scales against America’s struggle to hang on to any vestige of credibility in the international marketplace.

The fate of the world’s 10th largest economy is inextricably linked to America’s overall economic fate. Could America’s already fragile economy absorb California’s debt? With the federal government already trillions in debt, what’s another $24 billion? The problem is not the amount of debt, but the precedent it will set if the federal government is forced to bailout one of the country’s largest states.

If Washington, D.C., comes to the rescue for California, other state capitals across the nation also struggling with the economic downturn will be looking for their own bailouts. States that have taken the measures necessary to grow their intrastate economies will be forced to cover the mismanagement of their neighbors. In order to maintain the vital interstate economy, the ant will be forced to bailout the grasshopper. Ironically, the most responsible states will be left holding the bag for their irresponsible neighbors.

To borrow the infamous catch phrase from our neighbors in a certain Nevada city, “What happens in California doesn’t stay in California.” In fact, what’s happening in California is driving its citizens to leave the state in droves. Responsible leaders in Sacramento have long recognized the problems created by the mass exodus across California borders. Just last week the Sacramento Bee reported a “reverse Dust Bowl,” with twice as many people leaving California for Texas and Oklahoma as coming to the West Coast. Only this time, it’s not an act of God driving people from one geographical area to another; it’s an act of government.

As politicians argue over the easiest way to raise taxes on their dwindling taxpayers, those taxpayers are planning their escape. Politicians seem baffled that state tax revenue is decreasing every year, sometimes blaming the worldwide economic woes. But the fact is, even without the international financial situation, California would still be in trouble.

Taxpayers will only put up with excessive taxation and bureaucratic regulations so long before they decide to move somewhere they can work for or build a thriving business and keep more of what they earn. One can only hope that politicians will finally learn that when you drive away your tax base, revenues inevitably decrease. Sacramento can’t keep spending anticipated tax revenues from taxpayers fleeing the state, taking with them their talent and earning ability.

Californians must bear some responsibility for the state’s economic mess. For too many years Sacramento politicians have run the state government in a reality vacuum. Treating the state like a laboratory for statism, politicians have destroyed the heart of the California Dream—ingenuity and entrepreneurship—through excessive regulation and taxation. But it’s voters who allowed this recklessness to continue unabated. Even term limits and side-stepping the legislature through the initiative process have failed to save the state from its politicians. Unfortunately, California’s problems will become the albatross around America’s neck.