The Last Days of the Initiative Process? 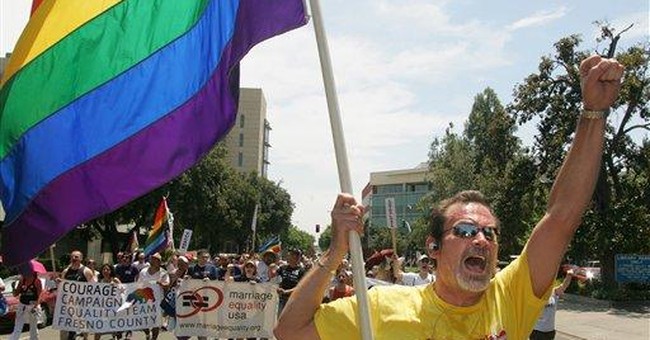 California’s initiative process is officially passé, at least according to the media and those who have recently lost critical battles at the ballot box. Since last week’s California Supreme Court ruling upholding the people’s ability to amend the state’s constitution via the initiative process, there has been a steady drumbeat—which will certainly increase in its intensity—that the initiative process makes it “too easy” to amend such an important governing document.

Just forty-eight hours after the ruling was handed down, the state Assembly was considering several bills that will place severe restrictions on the initiative process. In fact, there are no less than thirteen bills this year pertaining to the initiative process, many of which seek to severely restrict the people’s ability to pass laws for themselves. Several of the bills would require legislative approval of initiatives once qualified for the ballot, thus undercutting the very purpose of using initiatives to bypass the legislature, and exposing the legislature’s antipathy for sharing any power with those they supposedly represent.

It’s not just liberal Democrats who seem disenchanted with passing laws via the ballot box. During a town hall meeting last week, Republican gubernatorial candidate Meg Whitman expressed her concern over the fact the state has $50 billion in mandatory spending every year thanks to voter-approved initiatives. According to the OC Register’s Martin Wisckol, Whitman stated, “In many ways, the proposition process has worn out its usefulness.” Whitman’s concern about ballot box spending is valid, considering the amount of bonds and taxes voters have passed in recent years. But it wasn’t just voter-approved spending that landed the state in its current $23.4 billion deficit.

Assemblywoman Lori Saldana introduced three bills this legislative session that seek to increase tenfold the cost of filing an initiative (from $200 to $2,000), and restrict who may gather signatures to qualify initiatives and how signature-gatherers are compensated. During debate on two of the bills last week, the drumbeat continued, with legislators openly bemoaning the fact voters had the power to pass laws such as Proposition 8.

The process was labeled “broken,” “abused,” and “fraudulent,” thus requiring more legislative (bureaucratic) oversight. These are all laughable, hypocritical accusations considering several Republican attempts to secure the voting process through photo identification have never made it out of their first committee hearing. With organizations like ACORN still in business, it’s voter registration that’s better described by all the pejoratives heaped on the initiative process. Indeed, state Senator George Runner, who successfully led the passage of the Jessica’s Law initiative after repeated failures in the legislature, is now seeking to qualify a ballot measure requiring photo identification for casting a vote. Once again, commonsense legislators, who understand the pressing issues for citizens, must bypass their peers in the legislature to implement laws crucial to the state’s future.

Therein lies the very reason the initiative process has become so important to Californians. The legislature’s inability—or unwillingness—to make hard decisions regarding fiscal responsibility or public safety is literally driving taxpayers from the state. Instead of prioritizing the state’s financial woes, lawmakers continue to pass hundreds of new laws every year that micromanage taxpayers’ businesses and lives. Even worse, they continue to impose social agendas on a resistant public. The contempt these lawmakers feel for voters who support traditional marriage is palpable.

Some point out that our state and nation are representative republics—not direct democracy—and the initiative process violates the underlying principles of a republican form of government. That may be the case when the people are actually represented. But what happens when gerrymandering and blind loyalty to special interests make true representation impossible?

Californians should expect to hear even more liberal and elitist lamenting of how the initiative process has been abused to amend the state constitution. Most voters would probably agree that the initiative process isn’t perfect and it would be preferable to have a truly representative republic. But until there is real reform of how legislators are elected—and whether they hold true to their principles once elected—voters will hold on to their ability to bypass their out-of-touch lawmakers.