The Pro-Abortion Crowd Was Wholly Unprepared for This SCOTUS Fight

Matt Vespa
|
Posted: May 10, 2022 12:01 AM
Share   Tweet
The opinions expressed by columnists are their own and do not necessarily represent the views of Townhall.com. 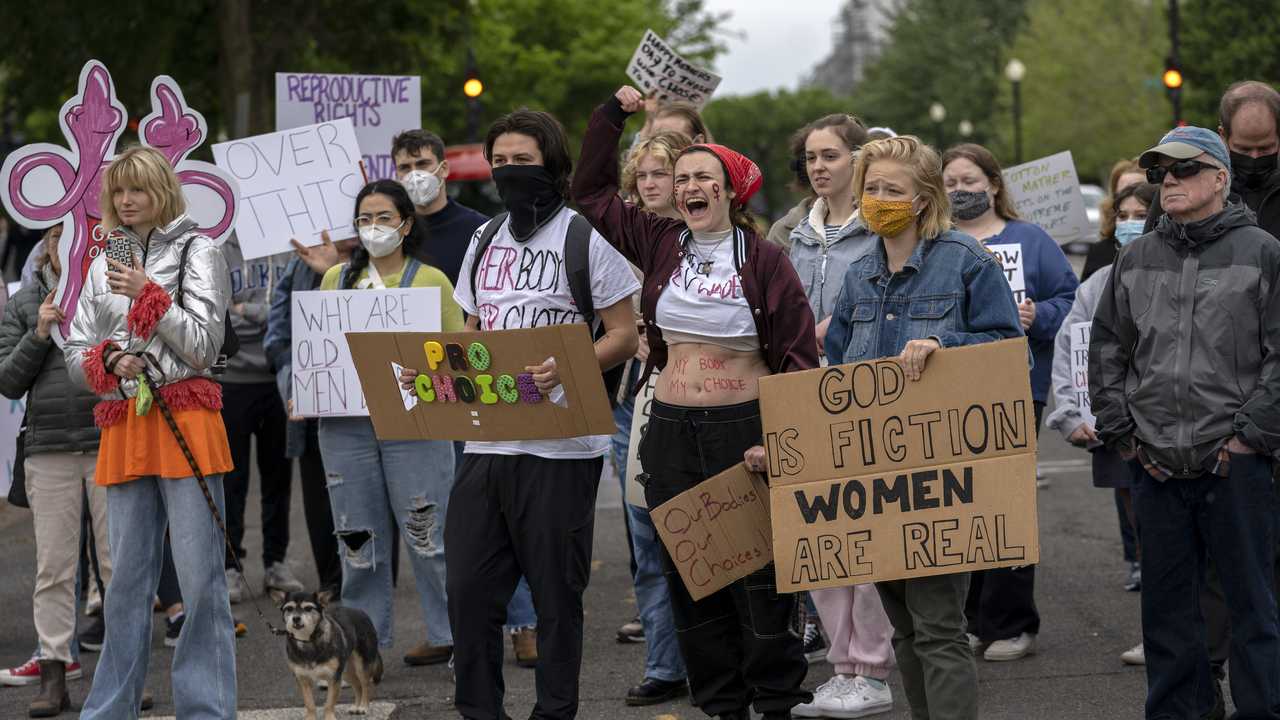 What were you people doing for five decades? That's the only real question that surrounds the probable overturning of Roe v. Wade in the Dobbs case. Forget the chaos talking points. Forget the theocracy hyperbole. Forget all the cultural references the pro-aborts are making that make no sense. These people had a wide birth to make a case for a legalized right to an abortion for decades, and they blew it. Before we talk about that, let's recap here.

The leaked Dobbs opinion reportedly shows that the Court is primed to right a wrong decision that was handed down in 1973. A decision that even pro-abortion rights activists, like the late Ruth Bader Ginsburg, felt was shaky from a legal standpoint and too heavy-handed and fast as well. It derailed the consensus that was gestating on abortion. It's now one of the most contested issues in American politics that keep the nation divided. In the meantime, the left has peddled the lie that there is a constitutional right to an abortion. That is not true. There is nothing in the Constitution that mentions abortion. That is neither a pro-life nor pro-abort argument. It's a statement of fact. It's the declaration of a neutral battlefield, one the far left doesn't want to step onto for some reason.

I think the reason is quite clear. Defending baby killing is hard. Now, there are pathways to make a case for abortion that don't make you sound insane regarding privacy via doctor-patient confidentiality, the ability for a medical doctor to advise his or her patient fully to give the best care, the life of the mother being at risk, rape, incest, the first trimester maybe. Rape and incest are always used as a red herring by the media. Pregnancies from such heinous acts are beyond rare, though MSNBC would have you think they're 90 percent of abortion cases. They're not. I'm just playing devil's advocate here. Abortion permitted within the first trimester might be the best way for pro-aborts to make their case. The problem is the Democrats have become so unhinged, so gross, and so perverted that this position is not good enough. Abortion for all cases and all trimesters is the new war cry, even up to the point of birth. That is not popular. Sixty percent of women support bans on abortion after 20 weeks. In Europe, that's also pretty much the norm. That's right. Socialist Europe, which the American left thinks is a progressive paradise, has stricter abortion laws than we do.

The late Justice Antonin Scalia had pro-life views for sure, but he also knew that the Constitution's lack of such language meant that a law granting a legal right to abortion was possible. The Constitution doesn't prohibit it. The same goes for the death penalty. The legislature and the ballot box are how you keep society up to date. Scalia was right about that and the notion that the Supreme Court is the least qualified institution to know what society wants. That's not its job. If you don't like the death penalty, pass a law, and ban it.

Since 1973, the left could have been working to pass a law granting a legal right to an abortion but didn't. Instead, leave it to the liberal wing of the Supreme Court to do all the heavy lifting. That's their go-to, folks. The left's agenda is so unpopular that lawsuits are the only way to move the needle. The irony is that the left views the Supreme Court as unelected legislators, though that criticism runs silent when it comes to abortion. And sure, there are conservatives who might feel the same way.

The left also had to do something it loathes to do when it comes to abortion and the public consensus, and that is simply working. This takes a lot of work. Public opinion is shiftable sand. There are lawmakers at all levels you must work with to cultivate a coalition. There are various voter groups you must navigate and cobble together to form such a consensus. This takes a lot of work. The left decided to screw around and let SCOTUS be the bulwark for abortion. Well, they do know that justices do retire, or they pass away. With no crystal ball, you don't know who will win presidential elections, as well. The liberal wing got weaker. Trump was elected. He was able to fill three spots. Trump presided over a massive overhaul of the American judiciary. Elections have consequences. It's why working hard to pass an abortion law would have been better for the pro-abortion wing, which now has nothing but tantrums to offer.

In the 1990s, Democrats could have found a handful of people to make the case. Now, with "woke" degenerates, everything the left says about abortion will come off as insane—and rightfully so. Democrats know the face of this issue isn't welcoming nor conducive to coalition building. It might even make those who are low-key pro-choice sit out since the pro-abort wing is so…abrasive. The current state of the liberal base does not allow for a successful messaging front on abortion or any issue for that matter. That's why the Democrats should be scared. The response to Dobbs from their own aisle could blowback on them big league.

But hey, I don't feel bad. When you procrastinate, take the final exam cold, and fail—no one feels bad for you. You were not preparing, left-wingers. Now, there will be a return to consensus building in a post-Roe America. And I think it will be productive if the shrieking woke white girls shut the hell up for a hot second.