Joe Biden Could Be the End

Matt Vespa
|
Posted: Mar 08, 2022 12:01 AM
Share   Tweet
The opinions expressed by columnists are their own and do not necessarily represent the views of Townhall.com. 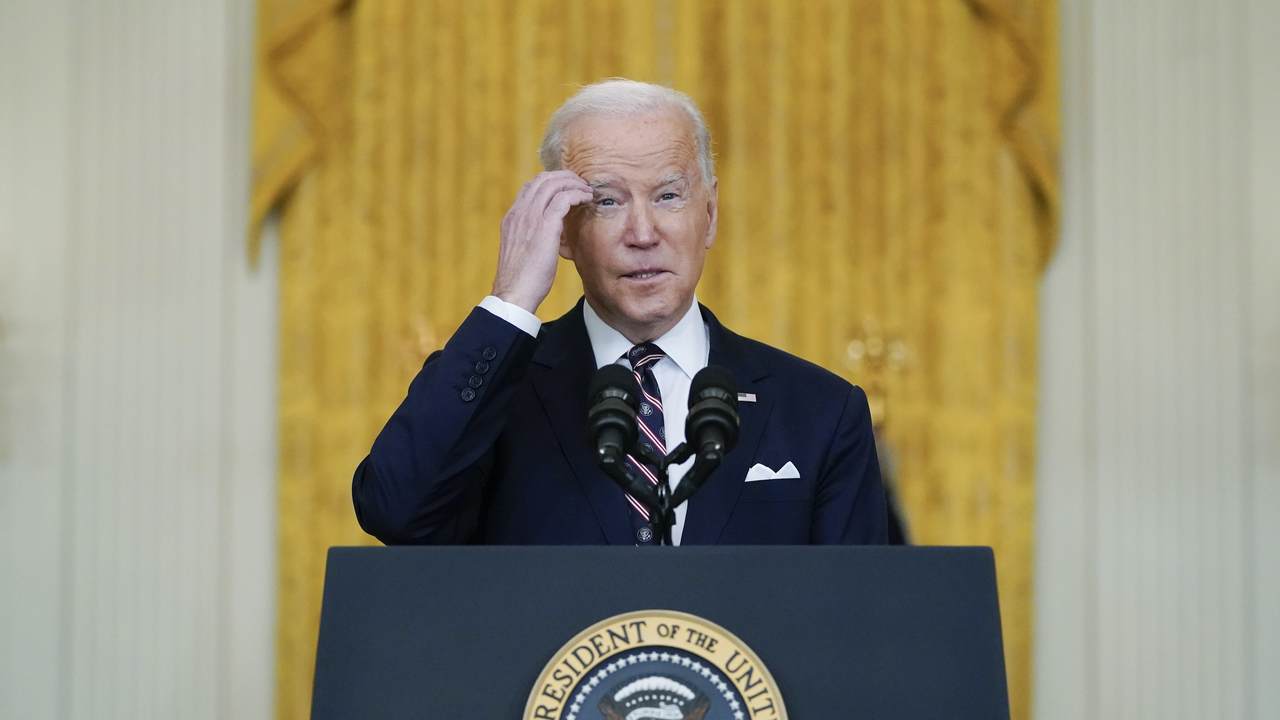 Captain? Captain? Where’s the captain? His name is Joe Biden. He’s been AWOL for over a year. The conning tower is without direction. The wheelhouse is empty. The ship will run aground, and every crew member can see that except for the executive officers. If America was a ship, brace for impact. We’re all over the place—literally. And for the idiots who thought Trump’s foreign policy was chaotic—it wasn’t—I hope you’re happy. We’re a step away from funding state-sponsored terrorism.

Afghanistan was the beginning of the end of this presidency. America was in disarray. We left in a despicable and shameful fashion. It was one of the most ignominious moments in recent memory—and Joe Biden and his team thought it was fine. Don’t forget that the media, for once, did their job and shamed the man and his crew into returning to Washington when Kabul fell to the Taliban. It was later revealed that US officials knew the situation was abysmal and that a Taliban takeover was not out of the question. Biden ignored it. He said Kabul would not fall. It did. Once again, Joe Dementia was wrong on foreign policy. He has a 40-year track record in this department. The man cannot be trusted with our national security needs; he will get more of us killed.

Now, in Ukraine, Biden got played again. He tried to get Beijing to stop Russia from invading. This was a three-month effort. What happened? China rebuffed us and shared classified information we had on the Russian buildup near Ukraine with Vladimir Putin. It was truly stunning stuff. A weak president with morons leading foreign policy can get played like that. China would only make a move like this if it could see the weakness emanating from this JV squad. China and Russia agreed to a 30-year energy contract weeks before the Ukrainian invasion as well. Beijing’s silence on this war signals who it stands by right now. And yet, somehow, we have American media figures, like The New York Times’ Thomas Friedman, wondering what side China is on during this crisis. Does he read his publication? They reported on Beijing stabbing us in the back.

Now, with war breaking out, the Ukrainians have become the faces of the free world as they’ve put up a hellacious defense that’s stalled Russian advances. Biden slapped on some sanctions, which Putin expected. Russian oil exports were not targeted, which would actually hurt. It would also hurt us, which is why Biden is staying away from it. It would jack up gas prices even worse than they are now; something this administration knows is an issue. So, they blamed Putin. That’s not going to stick; gas prices had been rising steadily for weeks, long before Russian forces invaded.

Inflation is another issue, along with the border crisis, anemic jobs growth, etc. Any economic factor the Biden White House touts as an accomplishment is very much the opposite. People returning to their previous place of employment that was paused during the pandemic is not a new job. Rising automobile prices don’t cause inflation. To lower inflation, Biden literally told small business owners to lower costs but not workers’ wages. Not sure how you do that.

Now, to curb gas costs, we’re talking to Saudi Arabia, Venezuela, and Iran to import their oil. We’re begging like dogs when this wasn’t necessary. America was energy independent under Trump, but Biden had to take a hatchet to it. We’re begging frenemies and enemies for energy; it’s mostly with our enemies.

When people wonder why Moscow and Beijing can be so bold, this is why. We have the weak soy boy brigade thinking they run things.

America will directly be funding Iran’s terrorist operations. This is worse than the pallets of cash Obama paid as a ransom to get four Americans out. Obama-Biden emboldened America’s enemies. And our enemies knew their playbook, all their moves. So, when this oatmeal for brains assumed the president's office, they knew how to outmaneuver this slow, weak, and painfully stupid man. Jill probably leads him everywhere by the hand; otherwise, he would get lost. The White House is no longer where the leader of the free world lives. It’s the most secure nursing facility in the world.

We have two US embassies evacuated in less than a year. One war ends in American defeat, another is started, and we don’t know what to do. We need more gas, so we turn to our enemies and the world’s largest state-sponsor of terrorism. We’re even talking to Iran, through Russia, about a new nuclear deal. What is going on here? This is a dementia-laced foreign policy. We’re all over the place with no direction. Mass confusion abounds. At home, it’s an economic nightmare that has everyone bolting to the Republican Party for answers.

Is this a return to norms? Is this how adults act? Is America back? Everything Joe Biden has promised or declared has or can be weaponized against him because he’s a moron. No one thinks he can do the job. He absconds to Delaware while the world is on fire every other weekend.

Joe is the face of American decline, and with Joe, it’s also the face of rapidly deteriorating mental capacity.