Matt Vespa
|
Posted: Jun 12, 2020 2:38 PM
Share   Tweet
The opinions expressed by columnists are their own and do not necessarily represent the views of Townhall.com. 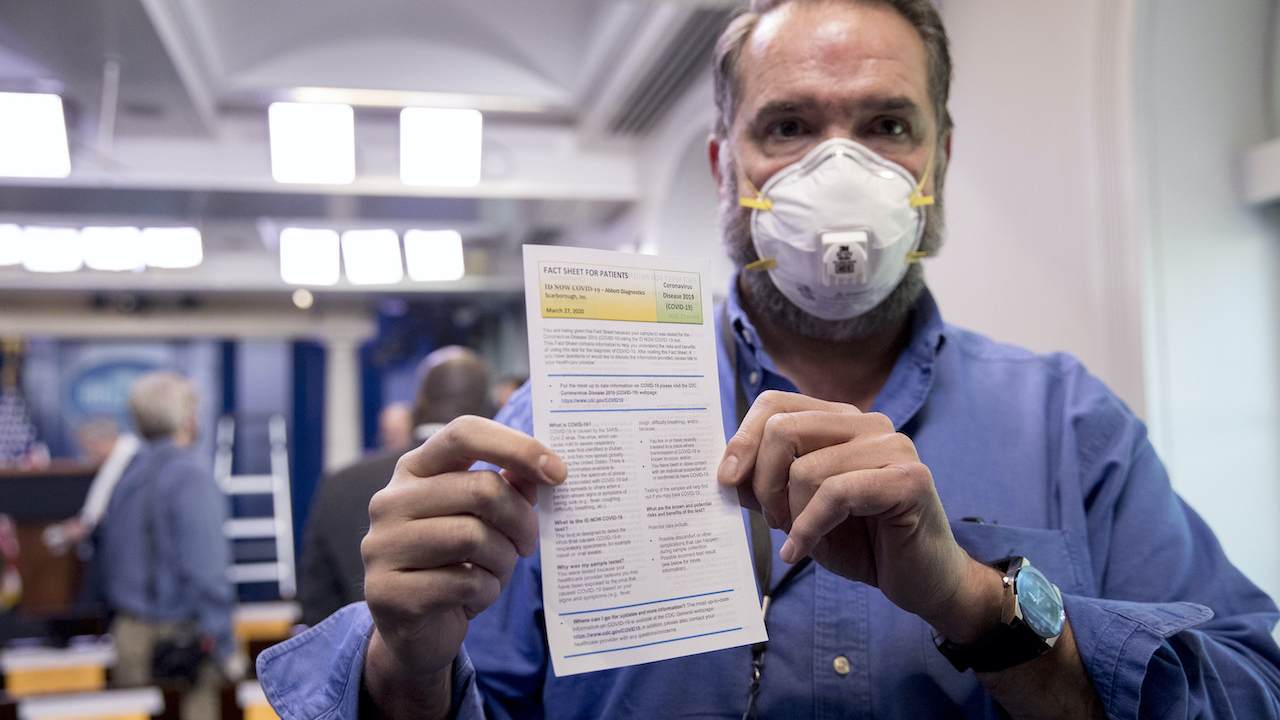 With the George Floyd unrest dying down, it's apparently time to be afraid of the coronavirus again. Yes, after a solid week of reporters not harping on social distancing, it's now an issue again. We were told to stay inside. We were told it would save lives and keep the hospitals from being overrun. Then, Mr. Floyd died while in Minneapolis Police custody, setting off nationwide riots. The far Left, Antifa, and Black Lives Matter mobilized, and the media saw another angle to attack the Trump administration. Remember, the president is a racist... or something.

All of a sudden, it was time to go outside and engage in mass protesting (or rioting). COVID had vanished. It's as if the experts thought you could hit "pause" on the virus in order to protest in support of liberal causes. To add an extra layer of nonsense, the "experts" said that racism is just as bad as the COVID pandemic. Who the hell are these people?

Over 40 million Americans are out of work because of the pandemic and the political class' overreaction to it. Did we really need a full shutdown? Well, based on the "expert" advice, not really. Maybe the 15-day stay-at-home order was necessary to curb the spread, but after that, we could have transitioned to a modified opening for most of the country. The Big Apple and the Acela Corridor is a different story; the virus has ravaged blue states. But the mortality rate, based on data from the Centers for Disease Control and Prevention (CDC), shows the virus is less lethal than the seasonal flu. We were told it spreads on surfaces, hence the reason why we were told to stay at home. Asymptomatic people can spread the virus by touching things. Not that I trust the China-infested World Health Organization, but they recently said asymptomatic people don't spread the virus only to reverse course less than 36 hours later. They don't know anything. Oh, and then the CDC said that COVID doesn't spread easily on surfaces.

The face mask protocol is another fiasco, and probably one where the expert advice went off the rails. We went from don't wear a mask, to wear one, but not the N95 masks because those are for medical workers, and finally to here's how to stuff your t-shirt across your face to prevent the spread. Face. Palm. And these edicts requiring people to wear masks unless they're inside eating is ridiculous. It defeats the whole purpose. The experts say it could curb the spread by 40 percent…in a perfect world where people don't touch their face while wearing one. You know that's not going to happen.

We're done. The lockdowns are over. These Democrats who have overreached on their COVID protocols may not admit it, but images from LA, Philadelphia, and elsewhere during the George Floyd unrest show it's over. Oh, and the chair of NYC's health committee said if there are spikes in COVID cases in the city, blame racism—not the rioters. What the Left thought could be an all-out assault on Trump could morph into a massive in-kind contribution because the messaging is contradictory, idiotic, and total pandering.

Money quote: "This should not be confused with a permissive stance on all gatherings, particularly protests against stay-home orders. Those actions not only oppose public health interventions, but are also rooted in white nationalism and run contrary to respect for Black lives." https://t.co/J771zB3riN

We should always evaluate the risks and benefits of efforts to control the virus. In this moment the public health risks of not protesting to demand an end to systemic racism greatly exceed the harms of the virus. https://t.co/s9DagyjQ1J

Dozens of public health and disease experts have signed an open letter in support of the nationwide anti-racism protests.

"White supremacy is a lethal public health issue that predates and contributes to COVID-19," they wrote.https://t.co/EewPNgDSu3

There was already ample evidence that it was time to re-open. Now, with this 180-degree reversal on the COVID protocols, it's time to ignore these clowns. We've been taken for a ride.

The expert class has gone from "stay at home and don't be selfish" to "if you stay home and don't protest, you're selfish. Also, racism." I can't anymore. Forget about COVID. This hypocrisy is enough to piss everyone off, from businesses to missed graduations, family gatherings, funerals—all were told that these activities were unsafe, but rioting in the streets because "orange man…bad" was permissible. If you protest, you're impervious to infection, but if you contract it, it's not your fault. It's racism's fault. This is the mindset of the expert class. Go to hell, all of you.

And now you want us to go back inside? Nope. The lockdown is over. So, let me do a stunning reversal. Open up, folks. Go to the beaches, go outside, do whatever because these clowns don't know anything. What we do know is that the tentacles of the woke legion have a long reach. We mock these people on college campuses but forget that they graduate and get jobs in media, the sciences, and other liberal-dominated institutions. They're now working on tilting those bastions and fields of study more to the left, and you're seeing the results right now. Liberals used to support free speech, right? Well, except when you run op-eds from Republican senators. That could result in editors' heads rolling as these young, woke, and totally insane reporters stage revolts. This happened at The New York Times and the Philadelphia Inquirer. That's our long war. We have to destroy these people. We've seen what they can do en masse; they've seized a portion of Seattle. That's the more pressing issue now—that and re-electing Donald Trump to a second term in office.

Sorry, we're not going back inside, CNN and company. I don't care about the new numbers, new deaths, or spikes. First, what are the numbers? You see the percentages—I want raw numbers because if COVID cases in a rural state go from, let's say 124 to 230, that's nearly an 80-plus percent spike in COVID cases. It's not worth a shutdown, sorry. And we all know that Republican states were not nearly hit as hard. Ignore the shaming, mock the media, and disregard the experts. They know nothing. And it was quite stunning to see them trash their own so-called advice as soon as the rioting began, right? They're all lefty operatives and should be treated as such. We face a leviathan. And it's not COVID. It's the left-wing mob.

Last note: Also, weren't you amused by how CNN and others thought they could skate by without us noticing they ignored the COVID angle of the protests for over a week?