Matt Vespa
|
Posted: Jan 17, 2020 10:05 AM
Share   Tweet
The opinions expressed by columnists are their own and do not necessarily represent the views of Townhall.com. 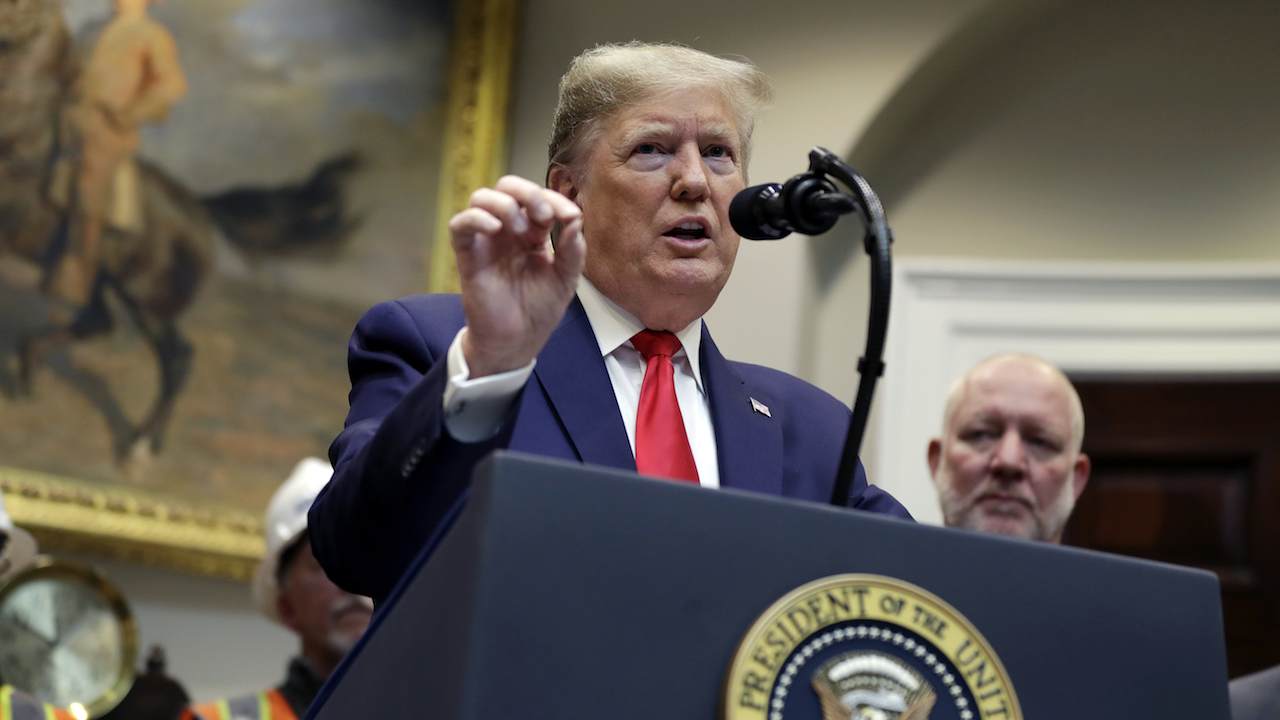 President Trump ordered a drone strike the killed Iranian Maj. Gen. Qasam Soleimani. This is a good thing. The man was the regional grim reaper. He brought death and destruction to the region. Why was he in Iraq? It wasn’t for a peace summit. The man is responsible for hundreds of American service members’ deaths. And yet, the initial reaction was insane. You’d thought Mother Teresa was blown halfway to hell. Then, there was the staged retaliatory missile strike against U.S. forces, which resulted in zero deaths due to early detection technology. There are some reports that Iran even tipped us off. It was done to save face. That’s fine. The situation has de-escalated. Trump won. World War III lasted less than 36 hours, with most of the world sleeping through it. Iran had some missiles fired and Soleimani is still dead.

Now, the liberal media is focused on a few things. One, they’re not happy that Trump scored a bin Laden-like terror kill of his own. They don’t like that some former members of the intelligence community, like former CIA Director David Petraeus, said this kill was more significant than wasting bin Laden. A dead terrorist is good press for Trump during an election year. Red lines and deterrence are now back in full force. Trump won this handily—and the Left cannot stand it. After nearly spending a decade dithering, Trump appears to be doing what Obama could never do: tame Iran.

To blow this narrative up, the media is treating Soleimani’s death like some controversial officer-involved shooting in Chicago. It’s not. And the word “imminent” needs to be banned for a few months. Was Soleimani, Iran’s top terrorist, an imminent threat to the U.S. that warranted his killing? That is seriously a question right now among liberals and they wonder why voters don’t trust them on national security. The fact that this guy was breathing made him a threat to the U.S. and our allies. We turned him into an ashtray.

Still, we need to have a study session on this strike because the Left is just looking for another reason to impeach Trump. Russian collusion was a bust. This quid pro quo Ukrainian allegation is equally laughable, but a narrative that Trump can go off half-cocked would resonate with independent voters. That’s why they’re focusing on the imminent threat angle to everyone’s annoyance (via NBC News):

President Donald Trump’s description of the “imminent threat” that led to the killing of Iranian general Qassem Soleimani keeps evolving, at times appearing to contradict what his administration has shared with Congress and the public about what prompted his decision.

… Trump said that he decided to order the strike on Soleimani on Iraqi soil because the senior Iranian official was “probably” planning attacks on four U.S. embassies, including the one in Baghdad.

"We will tell you that probably it was going to be the embassy in Baghdad,” Trump told Fox News host Laura Ingraham. When pressed on why Americans could not know more about what led to his decision, Trump added, “I can reveal that I believe it would have been four embassies."

A day earlier, Trump offered a more definitive, yet narrower, description when he told reporters at the White House that “we did it because they were looking to blow up our embassy.” At a campaign rally Thursday night, he said that attacks were planned on more than just the embassy in Baghdad, but did not elaborate on how many embassies or which ones were allegedly targeted.

No information about any immediate threat to U.S. embassies was shared with lawmakers in their classified briefing Thursday, some Democrats have said, fueling charges from some members of Congress that Trump has flouted their constitutional power to give consent before a president takes the country to war.

“None of the facts presented at the classified briefing supported that claim [that Soleimani was planning an attack on the embassy in Baghdad], and so, now you have them saying they can't provide this kind of information to senators in a highly classified setting, but the president is going to say that to the country,” Sen. Chris Van Hollen, D-Md., said Thursday on MSNBC’s "Andrea Mitchell Reports." “It just shows how they're making this up as they go. They would have presented that kind of evidence yesterday if they had it.”

Folks, do we have amnesia? First, Iranian-backed militias did attack our embassy in Baghdad earlier this month. Iran is a state-sponsor of terrorism; these were not “protesters.” The evidence of Soleimani’s mayhem rests with the dead and the legions of wounded veterans scarred by this man. He was the architect of carnage that is no more. He was a strategic mind as well, no doubt. And we blew him up, tore him to pieces. You see if a Democrat kills a terrorist, it’s a great event. But if Trump or a Republican does this, it’s irrational. It’s dangerous. It puts our national security at risk, except that it’s Republicans who take action to defend our country and our citizens from such threats. Democrats wouldn’t or so it would appear. There is no doubt Soleimani was guilty of being part of heinous crimes. He was a murderer. That’s the imminent threat.

And yet, the liberal media can’t go full bore on this because now there are scores of protesters—Iranian protesters—slamming the government for misleading them concerning a civilian airliner that was shot down by accident during Iran’s missile attack. How air traffic wasn’t grounded is a mystery, but some on the Left tried to blame Trump for that too, noting it was due to crossfire and U.S. escalation. There was no crossfire by the way; we didn’t shoot back, but Iran decided to blow a Ukrainian airliner out of the sky, killing scores of Iranians in the process as well. After Soleimani was buried, hordes of people are now taking to the streets to slam the government. Yet another narrative that isn’t good for the liberal media or Democrats. Maybe Trump is just doing a good job, folks. Killing terrorists, growing the economy, supporting our military, and getting China to agree to a trade deal all sounds like winning to me from…a stable genius.