Matt Towery
|
Posted: Jan 14, 2016 12:01 AM
Share   Tweet
The opinions expressed by columnists are their own and do not necessarily represent the views of Townhall.com. 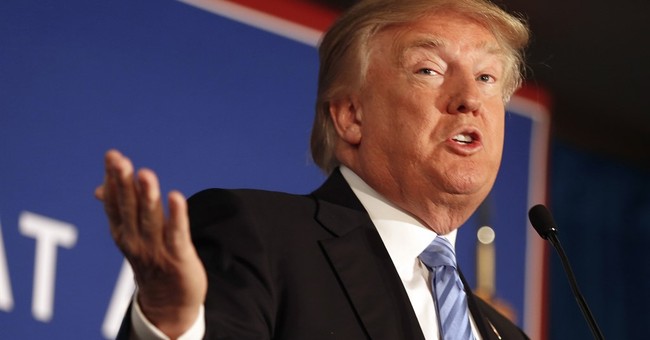 Months ago we started hearing it from longtime Republican pundits and leaders. It was mentioned casually by most, almost as if an afterthought. But in reality they knew then and know now that a combination of a crowded field of candidates and quirky GOP rules could all but guarantee that the will of the voters could have little to do with deciding the GOP presidential nomination.

That would return Republicans back to the days of the old "Taft" style of intraparty Republican politics of the 1950s, minus the late Sen. Robert Taft's more conservative philosophy. In 1952 it took a wave of extraordinary demonstrations and rallies for the far more popular Dwight Eisenhower to overcome the rules of the '52 convention, which were all designed to keep Ike's supporters away from the convention hall, the delegate's floor and the speaker's rostrum.

It doesn't take a brain surgeon to comprehend that the old boy GOP club isn't happy with the way things are panning out as we head into the Iowa caucus and the many other caucuses and primaries that will swiftly follow it. There is not a single major early state where the establishment's first choice, former Gov. Jeb Bush, is running strong. The two most competitive "mainstream" alternatives, Marco Rubio and Chris Christie, are hardly "old guard" Republicans, but might be acceptable to the establishment in a pinch.

The unvarnished truth is that establishment Republicans are terrified of Donald Trump, who is beholden to none of them, and only slightly less troubled by Ted Cruz, who they have viewed with openly expressed disdain since he came to the U.S. Senate.

So their hope is that the crazy rules of this year's Republican selection process will result in no one candidate having the requisite number of delegates in hand to claim victory outright before the convention is held in Cleveland, and that even if a candidate has accomplished that task, they might not meet the secret extra high bar set by the 2012 convention.

The drumbeat of a brokered convention from establishment pundits has been growing louder. "Exhibit A" would be a piece penned by Karl Rove late last year in which he basically spells out the path to bargained and bartered nomination. He notes that 28 jurisdictions that hold caucuses or primaries before March 15 will award their delegates proportionally. That means that no one candidate gets to scoop up a load of delegates, regardless if they "win" one of those contests or not. South Carolina will be a winner-take-all, pre-March-15 contest, but it is the one exception.

And even after states are allowed to hold winner-take-all primaries or caucuses, not all will do so. By Rove's math, that means 60 percent of the delegates will be awarded proportionately. That, combined with the some 200-plus likely "super delegates," made up of GOP state chairs and committee members, adds to the potential of no one candidate winning the nomination on the first round of voting.

What Rove didn't mention is an even crazier booby trap set by the 2012 Republican convention leadership. Rule 40(b), adopted at the 2012 GOP convention in Tampa, basically states that no candidate's name may be placed in nomination without support from the majority of delegates in eight different states. That means 50 percent plus one. Trump or Cruz could be leading in delegates but fail to meet the quirky rule designed primarily to punish 2012 candidate Ron Paul.

Here's a message for the party establishment. If the combination of silly convention rules and crazy delegate apportionment provisions results in candidates who have obvious and strong support somehow failing to meet requirements to be nominated, chaos will erupt. And Trump, regardless of prior pledges, would surely bolt for a third-party effort that would be justified. Republicans would be doomed in November.

Yes, there are all manner of "experts" telling us that Rule 40(b) will be changed prior to the actual convention vote. But does anyone believe if Ted Cruz or Donald Trump is on the precipice of winning the nomination but lacks the requisite numbers, rules will be changed to accommodate them? Highly placed sources confirm that party leaders are sorting through ways thwart an "undesirable" outcome.

Don't be shocked if the GOP establishment doesn't try to reprise the days of Robert Taft at its convention.