America's Political Elites Do as They Damn Well Please 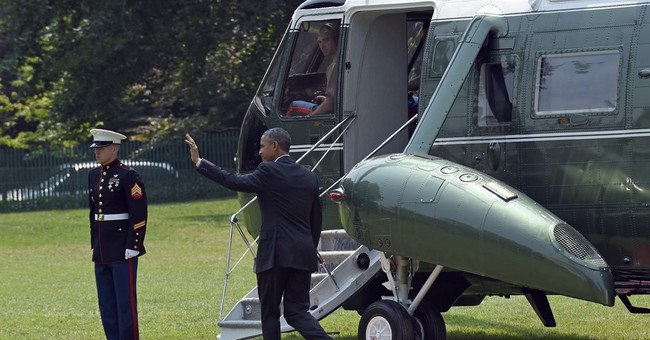 Trending
We have a royal class in America. They are those who trot around as if they were billionaires, with security, administrative staffs, special meals, wonderful trips -- and unspoken disdain for the rest of us. They are the growing number of elected officials, from the local level all the way up to the White House, who we first elected when they were "humble citizens" asking for our votes.

Add to that many of the bureaucrats who fill local, state and federal governments.

Trust me, this concept of a "political elite" is not only alive, it is in full bloom. Between the wishy-washy positions and condescending attitudes of these "royal" politicians, it is no wonder that a plainspoken man like Donald Trump -- who also happens to be a billionaire -- is racing up the polls in the early GOP presidential caucus and primary states.

Trump actually took a stand and the PC police are punishing him. Some punishment: He's still worth a fortune and is rapidly gaining support from disaffected voters who are sick of being pushed, shoved or placated by politicians.

Whether Trump survives politically remains to be seen, but the reaction he is getting is representative of the public's increasingly strong disdain for professional politicians.

From a recent ruling that every little stream and puddle is suddenly to be regulated by the federal government, to the endless reams of unnecessary legislation that became laws in many states on July 1, we serve a master and that master is government.

And this problem cuts across party lines. In fact, Republicans, who dominate many of our statehouses, are probably guiltier than Democrats of turning state legislative seats into mini versions of Congress. Committee chairs in many state legislatures nowadays have their own "chiefs of staff" and legislative counsels. State officials are often hard to reach and many can only clear their busy calendars if you are handing them a fat check or if you are attending one of their endless fundraisers.

A growing number completely ignore the wishes of their local constituents, or only reach out when it's time to run for office again. When a really tough issue arises, one that pits big business against their constituents, for example, they are often nowhere to be found or plead ignorance, which really means they've sided with business over their constituents.

The only group they jealously protect without fail is their own. Consider the boneheaded move made in my native state of Georgia this week. Deciding that drones were a "threat" to their capitol building and their Governor's Mansion, a state authority issued a "ruling" that no drone could fly within five miles of the Georgia capitol grounds and could not fly near the mansion.

What about all the rest of us? Is our privacy and safety less important than their privacy and safety? Oh, that's right, they have a helicopter landing pad nearby. Bet that thing is oh-so-urgently needed for official business -- about once a year.

Then there is His Royal Majesty, the president. He's taken George W. Bush's idiotic landing on an aircraft carrier like "Top Gun" as a starting point, then amped things up to a whole new level. Regardless of how one feels about the Supreme Court decision on gay marriage -- I wasn't bothered by it -- did it really justify lighting up the White House like a rainbow? We are all waiting to see if the White House will display red, white and blue on July 4. And if it does, I'm sure the trend will be set: green for St. Patrick's Day and so on.

But hey, Obama and "the government" can do whatever they want, right? So much so that people are increasingly afraid to speak out on issues. After all, the IRS was allowed to persecute conservatives and then cover it all up.

And consider this: When it comes to murdered police officers, well that's for the widows' and orphans' funds to deal with. But if similar tragedy touches a politically prized group, such as the families of the nine victims of the tragic shooting in South Carolina, well that means a "fast track" of $29 million in federal funds to assist them. Twenty-nine million dollars for nine families. Really?

Once again, the political elite does what it damn well pleases.