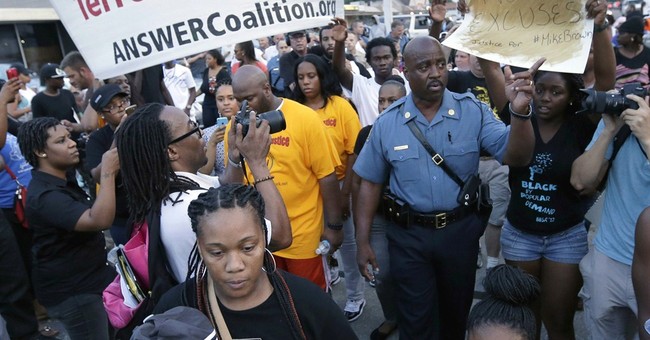 On the same day and at the same time, two great men of different ethnicities and with different paths to greatness will soon be memorialized for their lives, both of which taught the world how to heal racial tension. Let's hope that what they accomplished and taught won't be nullified by predicted riots and violence over a grand jury's decision related to the police shooting of a young African-American in Ferguson, Missouri, last summer.

Carl Sanders was a white middle-class child of the mid-1920s, with deeply southern and rural roots. Herman Russell was an African-American born into a segregated South in 1931, with all of the racial disadvantages of that era, plus a speech impediment.

Had anyone been placing bets at these two men's births, few would have expected one to become the young governor of a Southern state, and fewer still would have believed that the other man would become one of the great minority businessmen and construction leaders in modern American history.

Both men beat the odds, and through rugged determination rose to become role models in how to truly advance race relations and overcome bitterness and divisiveness through quiet but determined acts of positive leadership.

Carl Sanders was elected governor of Georgia when he was still in his thirties. He was handsome, athletic, charming and charismatic. He was also Georgia's governor during the years of John F. Kennedy's presidency, and many who observed Sanders thought of him as a younger, Southern version of JFK.

Sanders bucked the trend of other contemporary Southern governors, such as Alabama's George Wallace, by quietly allowing Georgia's university system to become racially integrated. Because of his courageous and adept decisions on race, Sanders did not receive the national notoriety of Wallace and other segregationists. It was an infamy that Gov. Sanders chose not to bring to his state. And it was a decision that allowed its capital city, Atlanta, to zoom past other potential rivals in the South to become a center for commerce, air travel and entertainment.

During this same time period, Herman Russell overcame that speech impediment and the obvious disadvantages that a young African-American man faced in the 1950s and '60s, and created a thriving construction company. His business acumen was grounded in the same quiet and positive attitude that made his contemporary Sanders such a successful political leader and, later, a legal and business leader.

Russell's buildings span the breadth of the nation. Many were huge facilities, almost all cutting edge for their times, including international airports, major sporting and entertainment centers, and expansive office complexes. One and all they owe their existence to Russell and the company he built.

When Georgia elected its first black legislator in the 1960s, it was Sanders who quietly ordered that the horrific signs designating water fountains, restrooms and entrances at the Georgia capitol building as "white" and "colored" be dismantled immediately. His was not the work of a showman or a self-proclaimed martyr. Sanders' work was that of a man confident in doing what was right, and always without drama and conflict.

During those same years, Martin Luther King Jr. was preaching and marching for non-violent social change. And he did so with Herman Russell as one of his closest confidants. By the 1960s, Russell was quickly becoming a living business legend, and his support for King's approach to civil rights, as opposed to the more violent advocacy of those such as militant leader Malcom X, made all the difference in realizing King's dream.

Both Sanders and Russell achieved greatness in so many ways. Ironically, they both shared the achievement of past ownership of major-league sports teams. Such teams played a critical role in the rise of the modern South, and this fact brings our story full circle. When it comes to improving race relations in America, we should all be part of one team.

Where and if there are injustices, we should use our voices and resources to correct them. No person should be subject to a different set of laws or law enforcement because of the color of their skin.

But no one should take the law into their own hands, substituting violence for justice.

One can only hope that any reaction to a Ferguson grand jury decision will honor the lives and memory of people like Carl Sanders and Herman Russell, and not pay homage to the ill-will of those who oppose positive solutions and advocate divisive hatred.