GOP Chances for Senate Rise But Nominees Must Stay Conservative 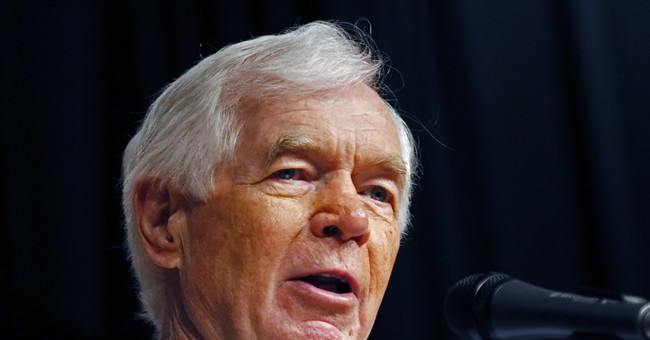 The new theme that conservatives and Republicans will start to read and hear about in the coming months will be that the GOP is so terribly divided that it won't be able to win critical races for control of the U.S. Senate in November. That theme will be not just inaccurate, but childlike wishful thinking by those who espouse it.

Yes, there will be the sting of defeat in razor-thin contests similar to that between Sen. Thad Cochran and his runoff opponent, Chris McDaniel in Mississippi. And there should be. Cochran won primarily because of that state's open primary system that allowed some Democrats to cross over and support the longtime senator. But McDaniel was viewed by nearly half of that primary's electorate as a fresh-faced and more conservative alternative to Cochran, who in recent years had become too immersed in the politics of pork and appeasement.

But time heals many wounds in politics and often more swiftly than in other walks of life. After all, young politicians like McDaniel have future races to run. And Sen. Cochran has undoubtedly run his last race for a GOP nomination. The big names, like former Gov. Sarah Palin, who took on the establishment in Mississippi by supporting McDaniel, will undoubtedly be pitching for Cochran in defeating his Democratic opponent.

Why? Because as of now it looks like the GOP might kick the door in and take control of the U.S. Senate.

That would mean no more listening to the whiny and arrogant whisperings of Senate Majority Leader Harry Reid. And it would mean that what now appear to be simply idle threats on policy coming from a Republican-controlled House of Representatives would become serious business with a Republican-controlled Senate. It would be a GOP-led body that could hoist Reid and his fellow Democrats on their own petard of new Senate rules, which were designed to allow a simple majority of members to rule the roost.

But before such a fundamental shift in power can occur, prior theories put forth by both Democrats and many in the media must be put to rest. Let's start with the makeup of the showdowns that will now take place in the states with competitive U.S. Senate contests.

The general notion and wishful thinking of the Democrats and their supporters in media was that a collection of zany and unseasoned GOP nominees would create a perfect storm: Democrats, otherwise put at a disadvantage because of an unpopular President Barack Obama, would be able to appeal to moderately conservative independent voters, who might fear these "unknown" GOP nominees.

But Republicans generally have a crop of candidates in battleground states that are unlikely to scare away independent voters.

A good example can be found in what is still considered the swing state of Georgia. Several potentially strong GOP candidates were eliminated in that state's first round of primary voting. But so too were the candidates who Democrats yearned to face. They hoped for flawed nominees with compromising past statements, or with a history of legislative votes that might negatively affect a substantial number of independent voters. But after their late July runoff, Georgia Republicans will have gained as their party's senatorial nominee either Congressman Jack Kingston or business leader David Perdue. Either will likely become the favorite to defeat Democrat Michelle Nunn in November.

Meanwhile President Obama is becoming a heavier and heavier weight on each of the Democrats in competitive states up for grabs. His job approval rating averages about 41 percent, and there's plenty of reason to believe it will drop further. The IRS email scandal won't go away, nor will the crisis at VA hospitals. And the horrific ratings the president is receiving from the public over his hands-off approach to Iraq, plus the obvious loss of U.S. prestige abroad, are deepening into a polling disaster for all Democrats by November.

Still, here is a warning for the victorious GOP nominees who will be trying to take control of the Senate this year: Don't believe that because you won some tight primary contests that you can go back to "business as usual." Conservatives weren't enthused by Mitt Romney, and many stayed home on Election Day in 2012. Even if you don't consider yourself to be one of the "tea party," you darn well better consider yourself a "patriot." Run conservative, vote conservative, be conservative or risk losing what appears to be within your grasp.