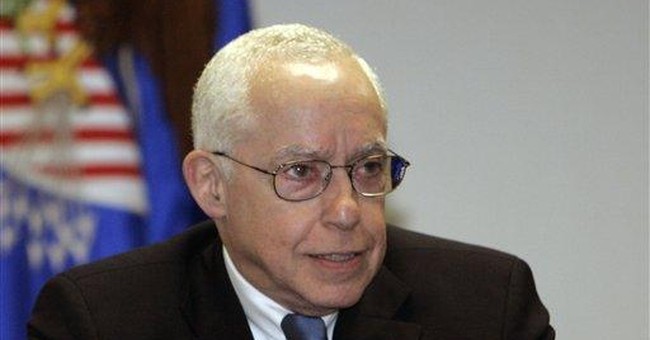 Democrats had some tough questions for Attorney General Michael Mukasey Wednesday, grilling him about his positions on legal issues like waterboarding and the bounds of executive power.

Appearing before the Senate Judiciary Committee for the first time since his confirmation hearing, Mukasey was peppered with questions about his eight-month tenure on the job. Democrats were particularly interested in whether Mukasey had done to remedy the alleged politicization of the Justice Department under his predecessor Alberto Gonzales.

“We have seen what happens when the rule of law plays second fiddle to a President’s agenda and the partisan desires of political operatives. It is a disaster for the American people,” said Senator Patrick Leahy (D-Vt.).

The Senate had previously investigated the Justice Department in 2007 and found that lawyers and immigration judges had been fired and replaced on the basis of their political ideologies. This led to the resignation of then-Attorney General Alberto Gonzales and several of his high-level staffers.

Mukasey said that the Department had revised its rules for contact with the White House and its hiring procedures, but refused to detail the extent of the politicization at Justice, provoking anger from some Democrats.

“You act like you’re above everything, floating up in the ether somewhere,” remarked Senator Joseph Biden (D-Del.).

Senator Dianne Feinstein agreed and declared herself “disappointed” in Mukasey.

Senators also pressed Mukasey on the president’s Office of Legal Council, which is in charge of reviewing executive orders and other legal measures taken by the executive branch. President Bush’s OLC has been haunted by resignations and withdrawn opinions, particularly over its allowance of controversial interrogation techniques like waterboarding and its interpretation of the Geneva Conventions.

Mukasey refused to address past OLC opinions, saying the executive branch should be allowed to ask for legal advice without being hauled before a Senate committee.

He also discussed the recent District of Columbia v. Heller case in which the Supreme Court struck down Washington DC’s gun ban, saying that he was pleased with the decision, but cautioning that it did not make the right to bear arms absolute.

“It is consistent with the [Justice] Department’s view that it cannot and does not forbid the federal government from enforcing existing firearms laws,” he said.