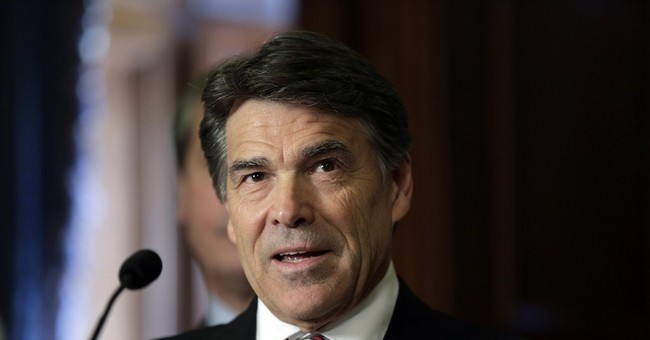 July 8, 2013 marked the beginning of the end of the Rick Perry era in Texas.

Middle school children have never known another Texas governor in their lifetime.

Anyone in office 14 years will have good and bad in their record. Unquestionably, Gov. Perry is viewed in partisan terms in Texas. From my perspective, his legacy is bifurcated.

The Texas legacy is basically two things: longevity and the strong economy. The rest is short term white noise that will be mostly forgotten.

First, Perry's longevity is staggering, and it's a testament to his stamina, focus, drive and desire to serve the public. He could have left the Governor's Mansion in 2006 or 2010 and cashed in with speaking gigs and corporate boards earning millions. He didn't do that. He chose to continue, longer than any governor in our history, because he thought Texas was worth it and the job wasn't done. I do not believe his record of 14 years as governor will ever be broken - certainly not in my lifetime.

Second, the Texas economy is the envy of the nation. It's that simple. We are blessed to have inherited advantages, like rich natural resources, but our state continues to succeed because we choose to be an attractive climate for businesses to move here and for innovators to start businesses. Texas sells itself, and under Perry, not only have we not messed that up, we've improved it.

Challenges remain: an unacceptable high school dropout rate, a high uninsured rate, and significant infrastructure challenges. Some of this comes from illegal immigration due to our lengthy our border with Mexico, but our explosive growth rate also means government can be slow to react.

That said, the Texas legacy is solid.

The national legacy, as of now, has undoubtedly damaged Perry, given the way his campaign unraveled and the underperforming nature of it. He got in too late, back surgery impacted him, and 'Oops' happened. That history cannot be changed.

But should he run for president in 2016, he has an opportunity to change the perception. He can now ramp up toward running, prepare, travel the world, travel the country, think deeply about what policies the country needs and how he could put the Texas model to work for America.

For me personally, I have evolved on Perry quite a bit. I was initially agnostic, then quite critical while working for then-U.S. Senator Kay Bailey Hutchison, R-Texas, later a supporter of his presidential campaign and now an admirer.

What changed for me was seeing the goodness in Rick Perry that I had not known before.

Perry has an intensely loyal band of former and current aides, a sign that he is a good boss and unfailingly loyal to his team. This is not always true in politics, and it speaks volumes about his character.

During the unpleasant presidential campaign in 2011-2012, Gov. Perry had any number of opportunities to lash out amid what must have been a somewhat miserable experience. He didn't.

I attended four televised primary debates, many fundraisers and several major speeches. I was present both when he announced in Charleston and when he ended his campaign just before the South Carolina primary. I saw a lot of it up close.

What really impacted me were two things I personally witnessed in 2012 in Iowa.

The night before the Iowa caucuses, the Perry campaign held their final rally in tiny Perry, Iowa. For Perry, it must have felt like he was at his own funeral. The place was stacked with so many friends and supporters. The governors of Kansas and Louisiana were there, along with dozens of former staffers and most of the campaign team. Lt. Gov. David Dewhurst was there to demonstrate his loyalty and support. It was an impressive showing of people who stood by him.

The morning of the Iowa caucuses, Perry and Texas first lady Anita Perry held an early-morning thank-you reception with all of the supporters who had traveled to Iowa to help them campaign. It was heartfelt. They must have been tired and anxious. They didn't have to be there. But it meant a great deal to all of us who traveled there at our own expense and made thousands of calls for them.

There are reasonable criticisms of Rick Perry. But he deserves credit for a lifetime of public service, a booming Texas economy, and for the goodness in him that some of us have had the fortune to know.