The Good Guys Are Still Good 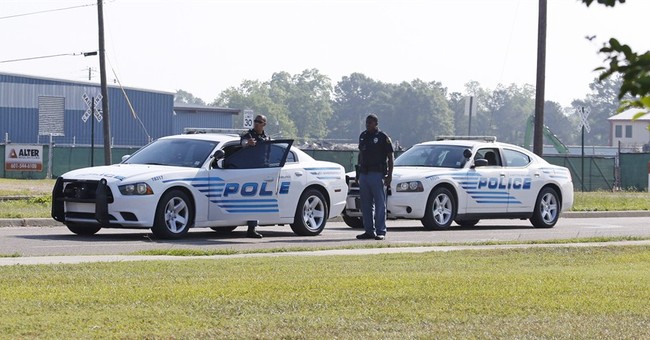 It has become very problematic to be one of the peacekeepers in today’s United States. What has been a time honored profession is seemingly under attack by many in the mainstream. There are accusations thrown around such as “racists” or “bigots”, with an attempt to paint in a broad stroke an entire profession. Many times without facts to back these claims, and in some instances facts that actually counter these claims. As in many other arguments, this becomes the easy thing to do, throw out accusations and allegations of misconduct or misappropriation of power by a class of people or in this instance a profession. It has also become apparent that the person with the first and best story wins, regardless of facts or actual proof. So, if I am the loudest and scream the right things, all focus shifts from anything else and onto my boisterous claims.

Rather than look deeper into the problem, and to attack it with plausible and fairly simple solutions, it is much easier to simply claim some evil underlying reason as to why society has these problems in the first place. It boils down to simple leadership in our communities, and that means leadership at all levels and in all aspects, and from everyone. From the leaders within neighborhoods that form our community, to the leaders of an entire city or country. This leadership also includes these same peace officers that are being targeted by any who perceive a wrongdoing by anyone in uniform. Contrary to popular belief, we peace officers do not live in some magical land far, far away. We too are community members, and a high percentage of us are driven to do this job because of that simple fact…we want to protect and serve our community. We are willing to lay down our lives for complete strangers to accomplish this goal.

Now let us take a look at what we see from our perspective, from the peace officers who are community members and at the same time protect our community. As we begin this story, please remember that as part of our job we have sworn an oath to the constitution to uphold and enforce the laws of the land. We did not create these laws, but our society has deemed them acceptable, and again we have sworn to uphold them. We have also been granted the powers to detain and arrest people that we believe have violated those laws.

Now, we enter our work areas in Anytown USA, usually assigned a specific beat or area of responsibility. We take calls for service, such as a husband and wife who are having marital issues, and these problems have become increasingly burdensome. The relationship has reached a volatile point, and violence has now erupted with the husband pushing and slapping the wife during an argument. Now we, as a rule of law society, have decided that we do not condone nor do we allow such behavior by an individual. So, we have made such an act, illegal. As a peace officer when I get to this house, it is not generally by cordial invite and I am usually not welcome by one party or the other (sometimes both). In fact the person violating the law will have several reactions, from repentance and guilt, to anger and denial. When I receive the call to go to this residence, I do not ask “Is the person White, Black, Hispanic or other?”. I ask things like is there a violent past, or is the person armed. When I get to the house, I do not ask the husband if he hit his wife because he is White, Black, Hispanic or other, nor do I ask the wife is she was a victim of a crime because of her race, religion or sexual orientation. I simply determine what took place, and if there was or is a violation of the law. If there was, then I must take action and if there was not then usually I act as a social worker, psychiatrist and family counselor as I try to help these people fix what they have broken.

Now that last statement is the key to this entire problem. You see when a peace officer responds to a call, initiates a traffic stop, or runs after a suspect, it is not because of anything other than he or she has chosen that profession. When we do these things, it is because we are bound by an oath to do so, and it is because someone else has decided that they are not bound by the laws of our society. A peace officer also does not choose the reaction of the person who has violated the law, and is now having to answer for that. However, a peace officer does choose to enforce that law and to stay as safe as possible while doing so. Unfortunately sometimes the person held accountable chooses to be confrontational or violent, and forces the peace officers to counter with violence to overcome the aggression.

The problem in today’s world is that lack of leadership we discussed earlier. This lack of leadership does not instill integrity, pride, work ethic, and responsibility in people within the community. This void has created what we now face, which is a society of victims. This victim mentality believes that anything that happens to someone is the fault of someone else or some other outside factor or force. People do not have the intestinal fortitude to accept or admit their wrong doings, and they are even less accepting of the punishment that goes along with it. This behavior is reinforced by those that hold leadership positions, but lack the necessary traits to be truth tellers and accountable for their actions. This problem will not fix itself, and we can effect change by first holding leaders accountable and next by firing them and replacing them when they fail to perform as expected. Then we stand up as leaders in our communities to teach right from wrong.

New Poll Spells Trouble for Biden with Record Low Approval
Townhall
'You love to see it': 'Slave catcher' NYPD officers put the hurt on left-wing activists guarding occupied retail property
Twitchy
Trump Eviscerates the Democrats in Rip-Roaring Rally in Arizona
Redstate
The World Has Had It With China Flu Lockdowns: Protests Rock Cities All Over the Globe
PJ Media