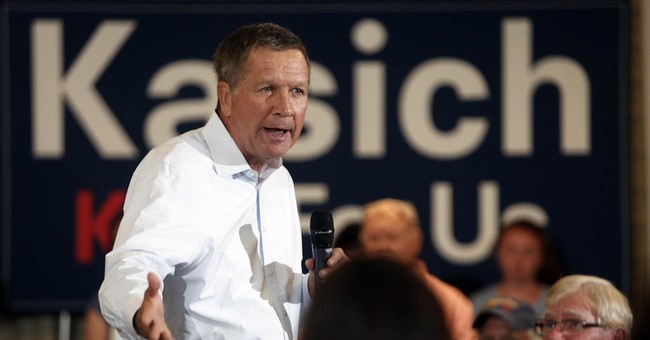 With public-opinion polls showing that Republicans support liberalized immigration rules, a window of opportunity for immigration reform may well open in Washington come 2017. But reformers need not wait until then. Windows are already open at the state level and Republicans should take advantage of them as they champion expansions to the legal immigration system, improve economic growth, and reduce the size of the illegal population.

The Obama Administration has ceded the field on immigration with a focus on the legalization of current illegal immigrants while ignoring future workers. But a focused Republican campaign can begin to fix the broken immigration system and score much-needed political points for the GOP.

State-based visas would empower states to sponsor foreign workers, investors, and entrepreneurs to live and work under the rules established by the respective states. With states having the legislative discretion to mold policy, they would be in the driver’s seat instead of being subject to the politics in Congress.

This shift in immigration admission policy is already being carried out. In 2014 Republican Michigan Governor Rick Snyder proposed a “Detroit visa” for 50,000 high-skilled immigrants to live and work in Detroit. Senator Rand Paul came out in support of the plan as well. The program is yet to be enacted but since his proposal, state representatives in California and Texas have followed Gov. Snyder’s lead.

In June, the Democratically controlled California state assembly, with Republican help, approved a bill to offer undocumented immigrant workers legal work permits. The bill passed 69-2 and is now in the state senate. Assembly member Luis Alejo (D-Salinas), who authored the bill, argued, “If California wants change in immigration policy, we as state officials must stand up and lead.” In Texas, three Republican representatives, including the chairman of the State Affairs Committee, introduced bills in the past session to create a state guest-worker program for new immigrants.

States are well positioned to launch their own immigration reform programs. There is no visa category at present for year-long, low-skilled workers or entrepreneurs looking to build their startups. Also there are strict limits on the number of high-skilled visas (H-1B), agricultural and nonagricultural workers (H-2A and H-2B), and investor visas (EB-5). These restrictions produce labor and capital shortages that hurt economic growth.

State-based visa reform would allow immigration policy to become part of a toolkit for improving economic growth, bolstering population, and revitalizing crumbling cities like Detroit. From high-tech to construction visas, states understand their economic conditions better than the federal policymakers and can tailor policy accordingly. States with significant agricultural needs could find low-skilled work as well.

Moreover, states that did not want new programs would not need to petition the federal government. State-based reform would allow states that are looking for legal workers to find them without impacting those that are not. This is federalism at work.

By supporting expanded legal immigration, Republicans would help reduce law breaking. Half a century ago the guest-worker bracero program did just that -- by 90 percent. When the program ended, illegal immigration increased.