Matthew Betley
|
Posted: Mar 11, 2019 12:01 AM
Share   Tweet
The opinions expressed by columnists are their own and do not necessarily represent the views of Townhall.com. 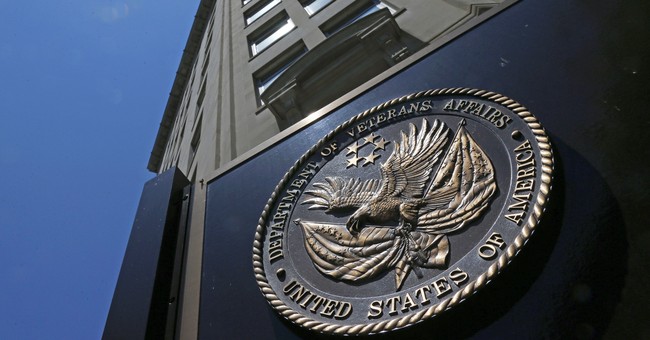 Several weeks ago, I chronicled here my yearlong battle with the VA (an oxymoronic statement, if there ever was one) over the lung damage and related ear and balance issues I sustained in Fallujah, Iraq, from 2006 to 2007.  When I published that article, I was still optimistic.  I naively thought that based upon the twelve years of medical records I submitted, the fact that I jumped through every bureaucratic hoop and leapt over every infuriating hurdle the VA built at every step of the process, and the fact that I chronicled in fact-based detail my issues, that someone at the VA would recognize the legitimacy of this debilitating condition.  Boy, was I wrong.

Out of the blue, I received an anonymous denial letter rejecting my Eustachian Tube Dysfunction (ETD) and the most serious issue I have: the reactive airway disease type of COPD that literally knocks me out of commission any time I get sick.  When I read the letter, I was filled with a frustrating, hopeless rage at the realization that the VA – and by default the federal government that I swore to protect – didn’t care about my plight.  Does the VA think I’m making all of this up, that it’s psychosomatic? I thought in between rants to my wife, who can attest to what I go through when I’m sick; I was down for almost the entire month of February this year.  Thanks, Iraq. But it wasn’t even the denial that was the worst part.  It was the misleading, disorganized, and bumbling way that I’ve been treated for the past year.  And did I mention that the VA is the one that first diagnosed me with this disease in 2010? Yes. You read that right.

For the past year, every time I spoke to someone at the VA, I was assured that I would get a chance to speak to the final adjudicator who would reach out to me before a decision was made.  Nope.   Guess again.  The last person I spoke to was the doctor who did my physical evaluation and who also told me she’d made a recommendation to the VA.   She reiterated that I’d hear from the VA before a decision was made.  I guess the VA misled her, too.  But let’s get past the decision.  Let’s get to the fun part: the logic behind the denial that would make Joseph Heller proud.

Apparently, I’m receiving 10% disability for “exercise-induced asthma,” which the VA is stating can also be “claimed as chronic obstructive pulmonary disease,” as if one could be swapped out for the other, although I don’t remember ever claiming exercise-induced asthma.  Maybe that’s VA code for “Your lungs are really jacked up, and we don’t know what else to call it.”  But that’s highly improbable since I was not diagnosed with reactive airway disease until 10 November 2010 when I saw a VA pulmonologist on the Marine Corps Birthday.  I remember that visit explicitly because of the important of that day.  But what’s even more confusing is that I have a letter dated 26 April 2018 denying my claim for COPD, stating, “We determined the…condition is not related to your military service.”  The two positions are incongruous, but yet here they are, and the VA is telling me I’m receiving 10% for a condition that was not diagnosed until after a date they’d already decided to grant me 10% for that same condition under a different name.  That’s cool.   I dig time travel.

But wait.  What about increasing the rating to reflect the severity since my condition has worsened over the past twelve years, you might ask? Between my lungs and related ETD – I once read a blogger state, “I’d rather have an STD than ETD;” you have no idea how true that is – I’ve lost hundreds of hours of work, several speaking engagements, and several book tour events because I can’t fly.  My condition is triggered when I’m sick, as I outlined previously, and this is where the VA gets to channel its inner Legal Eagle.  When I’m healthy, I’m good to go, no issues.   Can you guess when I took the pulmonary function tests as part of this claim?  When I wasn’t sick.  I explained this to the technician, who administered the test, as well as to the doctor.  Both told me, maybe as part of their pre-programmed responses to agree with whatever I said, that a lot of these pulmonary issues only show up when triggered by illness.  The doctor said that the claims are even evaluated based on “the symptoms” the patient describes, especially when backed up by medical records, of which I have plenty, by actual doctors who didn’t stay in a Holiday Inn last night.   Unfortunately, I don’t think the adjudicator got that memo, as both the COPD component and the Eustachian Tube Dysfunction were denied because of the test results.  I guess the VA is a stickler for the rules and interprets them in a way to preserve the VA Empire rather than in favor of the veteran.

There are 170,000 veterans in the Burn Pit  and Open Hazards Registry, and we can’t all be crazy or making up these medical conditions.  Trust me.  I’d give up every cent of my disability to make this go away, but the reality is that I’ll have this condition for life.   Unfortunately, if I or any other veteran can’t definitively prove it, as far as the VA is concerned, it didn’t happen.   The burden is on us.  The VA has the ultimate Eddie Murphy defense as to who’s responsible for the health care costs of these illnesses – wasn’t me.

But this fight isn’t over yet.  I still have the appeals process, which will likely take another eighteen months of aggravation since the VA moves at the speed of a Boston Big Dig.  I’m not hopeful, and I have no expectations, but I’ll play it out until the very end, if only to continue to raise awareness of this issue, which brings me to the last point.

Even though I have a voice here in this column or when I do media interviews or book tour events, how many of the other 170,000 veterans can do the same?  Fortunately, I read here that a California Congressman Raul Ruiz (D) is proposing legislation “to improve tracking of troops’ exposure to toxic chemicals from war zone burn pits.”   That’s a start, but it’s not going to help all of us in the short term in getting our issues recognized and included in our disability ratings.  Then again, I shouldn’t expect much – it took the VA until 1991 to recognize the problems caused by Agent Orange in Vietnam.

I also reached out to Maryland Senator Ben Cardin’s (D) office, and his staff is looking into the issue from a legislative angle and is aware of my battle with the VA.  I even offered to testify about this fiasco, although I’m not sure lawmakers want to hear the direct, honest, and opinionated testimony of an angry former Marine frustrated with the system.  Regardless, Senator Cardin’s office has been helpful, and I appreciate it, truly.  Some issues transcend political and partisan differences.

In the meantime, I’ll continue to raise awareness of this issue because someone has to and because our government has a moral and ethical responsibility to take care of its service members when they return from a combat zone or overseas deployment where they were exposed to things like burn pits and other hazards.  Our military deserves better than this.  We are trained to fight the enemy, which should not be the VA when we redeploy home.  That’s for the politicians, not the warriors who dutifully carry out the orders they issue.  Then again, I’m a former Marine, and I like to fight.  So fight I will.  Semper Fidelis.

Matthew Betley is a former Marine officer, a recovering alcoholic, and a political action thriller author of multiple novels from Simon & Schuster.  His latest thriller, RULES OF WAR, which occurs amidst the Venezuelan crisis, comes out July 2019.  Follow him on Twitter at @MatthewBetley or find him on Facebook.