When Being Called ‘Evil’ Is a Kindness 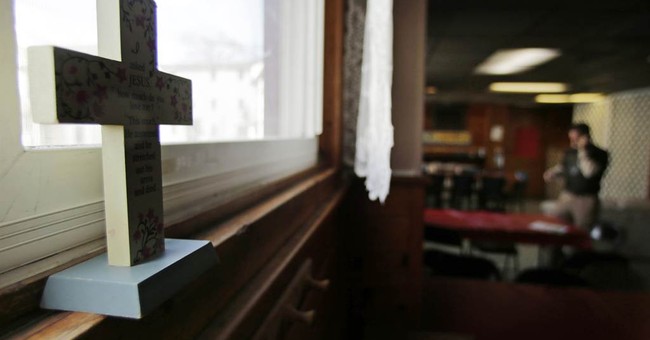 Whereas Princeton’s crest and motto yet declare: “Dei sub numine viget,” Latin for “Under God she flourishes,” the university, even still, permits Singer to teach young minds full of mush that it’s perfectly ethical for parents to kill their babies within a one month period after birth.

Please understand, I don’t mean to pick on Princeton. I only single-out this once-godly institution for purposes of illustration. Even today there are, no doubt, many good, God-fearing men and women among Princeton’s student body, faculty, staff and alumni.

To be sure, I might just as easily have spotlighted Harvard, Yale, Oxford or any among dozens of formerly Christian universities that, over time – and beneath the erosive slow-drip temptation to “conform to the pattern of this world” – have tragically abandoned their founding vision to train-up men and women who would “go into all the world” and champion the cause of Christ.

While such institutions of higher learning once derived their moral compass from a decidedly biblical worldview, today they aggressively foster principles that are decidedly counter-biblical (i.e., secularism, sexual relativism, a “pro-choice” culture of death, et al.).

There is, mind you, another, more pointed term for “counter-biblical” and it is this: “evil.”

Scripture has much to say about the wide, “progressive” path away from truth and toward evil: “If they have escaped the corruption of the world by knowing our Lord and Savior Jesus Christ and are again entangled in it and are overcome, they are worse off at the end than they were at the beginning. It would have been better for them not to have known the way of righteousness, than to have known it and then to turn their backs on the sacred command that was passed on to them. Of them the proverbs are true: ‘A dog returns to its vomit,’ and, ‘A sow that is washed returns to her wallowing in the mud’” (2 Peter 2:20-22).

Scripture also admonishes, “Woe to those who call evil good, and good evil” (Isaiah 5:20). So-called “progressives” frequently call me evil. They also call me, among other things, irreverent.

Since, by its very nature, one’s adherence to secular-”progressivism” qualifies one as among “those who call evil good, and good evil” – and since “progressivism” reveres that which God calls evil – to call me both “evil” and “irreverent” is to do me a kindness.

Indeed, due to my very direct and sometimes Swiftian approach to speaking biblical truth to our culture, many on the left have also called me hateful, uncivil, offensive, sarcastic and a litany of other colorful adjectives not fit for print.

To which I again say, thank you very much.

I don’t share this to boast, as I am certainly none too righteous. I second Paul’s declaration that “I am the worst sinner of all,” but only share this for illustrative purposes.

For Christians, those times when the right people call us the wrong things are among those times we should “rejoice in our sufferings.”

While it is true that salt preserves; in an open wound, it also burns. Today’s relativist culture is an open wound.

When the light of Christ is shined, it sends lovers of evil scurrying for the shadows.

For this reason, Christ also warned, “You will be hated by everyone because of me, but the one who stands firm to the end will be saved” (Matthew 10:22).

When we seek to be loved by the world – when we follow the Princeton model and take the wide path to “mainstream” acceptance – we abdicate our duty to “fight the good fight.”

For the time has come of which Paul warned “when people will not put up with sound doctrine. Instead, to suit their own desires, they will gather around them a great number of teachers to say what their itching ears want to hear. They will turn their ears away from the truth and turn aside to myths. But you, keep your head in all situations, endure hardship, do the work of an evangelist, discharge all the duties of your ministry” (2 Timothy 4:1-7).

Indeed, we are in a spiritual war for our culture. It is a war between good and evil, and surrender is not an option. When we disengage from this “culture war,” we have effectively surrendered and, again, from my perspective, we have sinned.

So put on the armor of God, Christian pastors, laymen, churches, organizations and universities. Prepare for war.

Because to do otherwise is to disobey God. As Matthew 5:13 warns: “You are the salt of the earth. But if the salt loses its saltiness, how can it be made salty again? It is no longer good for anything, except to be thrown out and trampled underfoot.”

I, for one, have no intention of being trampled underfoot. With God’s help, I will “stand firm to the end.”

And God only knows when the end will come.