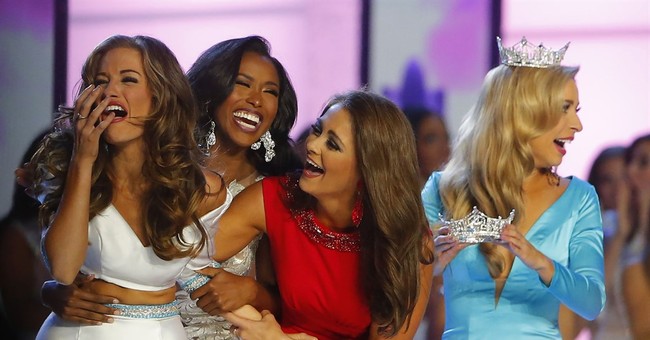 Amid the beauty and glamour of the Miss America pageant last night, Planned Parenthood reared its head again in the national conversation in the form of a question from former Miss America Vanessa Williams to Hannah Robison, Miss Tennessee.

During the question and answer portion with the last seven candidates, Williams asked Robison whether Congress should defund Planned Parenthood. She replied that they should be funded arguing: “…the $500 million dollars that gets given to Planned Parenthood every single year goes to female care. It goes to scanning for cancer, it goes to mammograms. And if we don’t give that funding to Planned Parenthood, those women will be out of health care for reproductive causes.”

Even after America saw the horrific practices of Planned Parenthood—the brutal dismembering of innocent unborn children to sell their little body parts for profit and possibly selling babies who were born alive—Miss Tennessee decided to stand with Planned Parenthood and mislead Americans on the truth of the largest abortion chain.

Planned Parenthood does not provide mammograms. That talking point needs to end. Yes, they do screenings—like the ones that every woman should do regularly at home—but they refer out to other clinics for mammograms. This dangerous lie must end for the sake of women’s health.

More importantly, the Charlotte Lozier Institute recently noted that if Planned Parenthood were to be defunded, there are over 13,000 non-abortion providing Federally Qualified Health Centers and Rural Health Clinics across the country who can receive federal funding and continue to provide primary and preventive care for women. Again, the world will not end because Planned Parenthood has to fundraise for themselves instead of depending on tax-payers to pay their bills. Women will continue to receive the care they need.

It’s time the abortion lobby stops its war on Truth—hiding behind propaganda—and articulates what they truly want: abortion on demand at any time paid for by the taxpayers. Even Planned Parenthood’s most ardent supporters in Congress hardly utter the word “abortion” anymore and when they do, it’s never with pride.

Women deserve better than to be led astray both by their leaders in DC and those who “stand” for women on national television. While the Miss America pageant has left leaning tendencies, it’s important that answers be accurate. Young women looking up to contestants on the show need to know that these women can see past propaganda and can lay out true facts of an issue in their answers. Woman are capable of the truth.

And what is the truth about abortion? Abortion is not health care. It is not needed to solve a woman’s problems. In fact, the violence of abortion not only always ends a life, but it also always affects the woman having the abortion. Women deserve love. We are strong. We can have a child and get a college degree. We can have a child and have a career. The possibilities are endless for women in America today and women should be encouraged and assisted in choosing life for themselves and for their unborn children. Not only that, but unborn women deserve the right to achieve their potential greatness by having the ability to come into the world. Future Miss America’s are waiting for this generation to stand.

As hearings continue on the Hill this week, a CR battle is looming at the end of the month and a Senate vote on the 5-month Pain-Capable bill is expected in the Senate this fall. The stakes are high for women and the unborn. Millions of future American citizens are dependent upon those who have a voice in Congress to stand for their lives and against the inhumanity of the abortion lobby.

It is time that leaders wherever they may be—on national television, in the hallowed marble halls of Congress or in communities across the country—see through the hollow talking points of the abortion lobby and stand for true women’s health care. The future of America depends on it.