You Need a Weatherman To Tell Which Way Obama Will Go 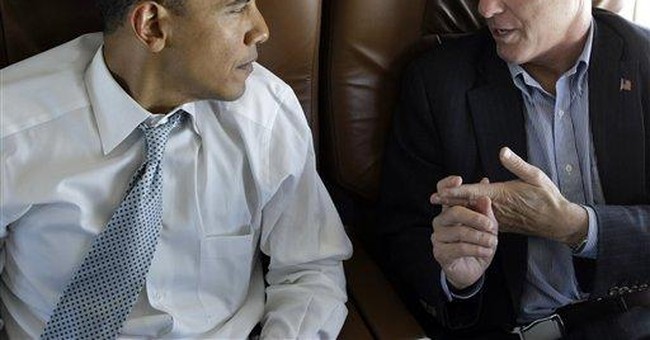 When I heard that a major part of Barack Obama’s resume included a stint as a “community organizer,” I asked myself what the term meant.

I had always wondered what the job description for “activist” was. How do you apply? Where do you apply? It was unlike any of the jobs I had had, whether it was pouring beers, serving fish fries, cleaning toilets, pruning in snow-filled vineyards, or marking grammatical errors on freshman essays. The people I had grown up with worked with blow torches, trowels, and brooms, or stooped over sewing machines all day. If you made it, you were a secretary or supervisor at Kodak. If you were really ambitious you went to the community college or state university and became a nurse or an engineer. You could ask your cousin to put in a good word for you with the supervisor at Kodak or General Motors, but whom would you ask to become an “activist” or “community organizer”?

I imagine if someone like Barack Obama had come to Beach Street in Rochester, New York, in the 1960s where my neighbors relaxed on their lawn chairs on front porches and stoops after a hard day in the factory, and said, “Hi, my name is Barry Obama, and I am a community organizer,” the unanimous response would have been, “A what?”

“A community organizer. I’ve come to organize you, your community.”

This would have immediately raised suspicions.

While her husband went upstairs, Mrs. Tischenko would have said, “Our grass don’t need no cutting.”

Mrs. Shulman would have said, “We don’t need you’se guys to tell us how to organize ourselves.”

That certainly would have been the opinion of Antonio who owned the one-man barbershop at the corner and Otto who had half the market for the candy trade for Carthage School #8. “Are you telling me how to run my business?” each of them would have asked. The Schmidts’ brindled mutt would have made his way off their porch across the street. “Demon,” as he was called, a sneaky cur around adult strangers, especially those in suits, would have walked stiff-legged across the street while Barry made his speech on social justice and equitable distribution of goods, until he was interrupted by the sting of canine fangs in his calf.

Barry would have been sent running, which would be a good thing for him because right about that time Mr. Tischenko would be coming downstairs with the rifle.

So the term “activist” was a foreign one for me. I only started hearing it in graduate school in relation to what we as teachers of freshman composition were expected to do: train our charges for “social activism.” They said that right there at the orientations and in the books. We were to pass on the tradition of the tenured professors who themselves had been “activists” in the day: burning draft cards, carrying placards, trashing deans’ offices, giving inflammatory speeches, and sometimes throwing bombs. They would speak proudly about how they brought about “social justice.” They did this by inspiring many who lived in “ghettoes” to make their own neighborhoods and adjacent neighborhoods look like the wastes of devastation the activists charged they were in their speeches. So inspired, the masses set about to achieving social justice by smashing windows, looting stores, and overturning police cars. Once the buildings went from being plain or rickety to burned down, these communities needed the help of “community organizers,” which apparently is the job of Harvard-trained lawyers.

Ghetto-child Barry Obama, facing the slings and arrows of racism that all who have the color of his skin suffer in America rose from the depths of poverty, neglect, and hunger through his brilliance and sheer determination and got a law degree from Harvard.

We all know his story: private schools, a nurturing (white) mother and (white) grandparents, solicitous professors. In addition to the official government affirmative action programs and private school minority scholarships, I can tell you from sixteen years in academia that liberal professors and administrators practically genuflect in front of any articulate black male, even today, more than two decades after Obama’s own academic career.

Barry Obama had many such academic mentors and one namely is Bill Ayers, a white guy from a wealthy family who in his leisure time (of which he had much, not having to mow lawns or deliver newspapers) liked to throw bombs in order to bring about “social justice” as a member of the Weather Underground.

Well, rich kids don’t know much about munitions, so occasionally “bad choices” are made in the design, building, and detonation of bombs, like your girlfriend and buddies getting killed, which happened in Ayers’s case.

But such youthful indiscretions are no reason why the young scion should not go on to become a professor of childhood education, as Ayers in fact did.

Obama has acted like he has only a passing acquaintance with Ayers, as someone living in the same neighborhood, even claiming in an interview that he thought he was an “English professor.” But it seems that Obama may be hiding a lot of connections, like how Ayers and similar like-minded revolutionists of the 1960s, helped get Barry Obama a job as a “community organizer.”

I guess you have to know the right people, and it’s not the foreman at the factory.

Steve Diamond, law professor at Santa Clara University , offers a fascinating account of Obama’s connections that the New York Times has not seen fit to print and that National Public Radio has not deemed worthy of one of their “in-depth” stories. The professor also offers along the way little lessons about the various schools of communism and which type Obama allies favor.

“It is highly unlikely that a 30-something second year lawyer [Obama] would have been plucked from relative obscurity out of a left wing law firm to head up something as visible and important in Chicago as the Annenberg Challenge by Bill Ayers if Ayers had not already known Obama very well,” a “key move in [Obama’s] early career.”

While Obama claims to have simply happened to have served on the same board, Diamond calls Ayers the “architect” of the Annenberg Challenge, “a $50 million grant program to funnel money into reform efforts at Chicago schools.” Its purpose was “to defend the controversial and troubled local schools council effort” from 1988; the councils were made up by a majority of parents who would have “the power to hire and fire principals.” Diamond sees these types of councils as “reminiscent of ‘community’ bodies set up in regimes like those of Hugo Chavez and the Sandinistas.” Who of course was active in the councils but Bill Ayers then out from the underground and an assistant professor of education at the University of Illinois . Such a position suited Ayers’s brand of maoist communism which favors the strategy of the “long march” through our institutions, like schools and curriculums. Ayers’s view of education can be summarized in a speech he gave in front of Hugo Chavez whom he said was creating “something truly new and deeply humane.” In front of the “humane” Chavez, Ayers proclaimed his interest in “overcome[ing] the failings of capitalist education” and making education the “motor force of revolution.”

Diamond points out that “Obama chaired the Annenberg Challenge for three years and served on its board for another three years, working closely with Ayers on grants to Chicago schools,” although “The impact of the Annenberg Challenge on actual students in Chicago schools is considered mixed at best.” Bill Ayers, however, “deemed it a success on political grounds.” Through the detailed chronology Diamond also points out the ties to other members of the Ayers family as well as to Bill’s wife, ex-felon and former leader of the Weather Underground, Bernardine Dohrn.

Finally, Diamond refers to other radicals who are associated with Obama’s campaign: “Marilyn Katz, a public relations professional, who was head of security for the SDS (Students for a Democratic Society) during the disaster in the streets of Chicago in 1968. She is close (politically) to Carl Davidson, a former vice president of SDS and longtime Fidelista, who is webmaster for a group called Progressives for Obama, that is headlined by other former 60s radicals like Tom Hayden and maoist Bill Fletcher. Davidson and Katz were key organizers of the 2002 anti-war demonstration where Obama made public his opposition to the Iraq war that has been so critical to his successful presidential campaign.”

Great stuff. Read the intriguing tale about the alliance between an indoctrinator of little children and a “community organizer” who wants to become President.

It’s a rare treat these days to get a professor writing prose that is enjoyable and educative. It used to be that way back in the 1950s before the radical theorists took over the academy. It should be quite convincing of what you already suspected about Obama, which as one of my neighbors from Beach Street might have put it, “You don’t need a weatherman to tell you which way the wind blows over the smell of a rat.”