Mary Beth Waddell
|
Posted: Nov 02, 2019 12:01 AM
Share   Tweet
The opinions expressed by columnists are their own and do not necessarily represent the views of Townhall.com. 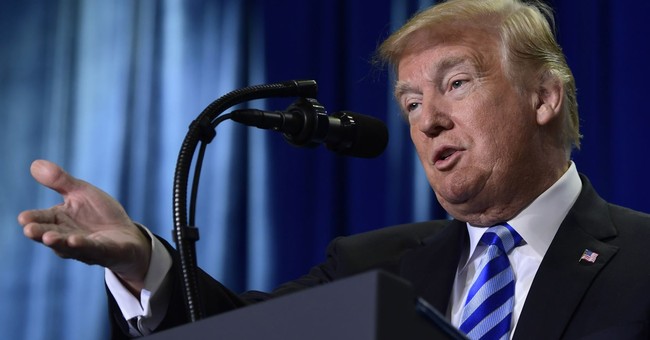 The Trump administration’s Department of Health and Human Services (HHS) kicked off the first day of November’s National Adoption Month by proposing a rule change that will provide much needed relief to the over 440,000 children in foster care. By eliminating burdensome and restrictive requirements placed on faith-based providers in the final days of the Obama Administration, President Trump is ensuring that faith-based adoption and foster care agencies will be able to once again focus on helping children in need, not using their resources to fight government attempts to shut them down. With this change, children will have the maximum number of diverse placement agencies working on their behalf. This is good policy that will serve the well-being of children and families around our country.

This is not only the right policy but a necessary one. Anti-religious groups now maintain targeted and sustained opposition to the very existence of faith-based adoption providers. For example, in Michigan, the ACLU has spent years trying to shut down St. Vincent’s Catholic Charities. They hand-picked a lesbian couple looking to adopt in order to provoke St. Vincent’s, despite the fact that the couple lives closer to four other adoption agencies they could have worked with.

But as I noted last year, Michigan is only one of the many states and localities that have attempted to shut down faith-based agencies in recent years. In March of 2018, the City of Philadelphia terminated its foster placement contracts with two out of nearly 30 partner agencies because they were faith-based and wanted to place children only with a mom and dad. The city took this action in spite of an urgent need for foster parents.

Due to Philadelphia’s announcement, foster homes were empty, children languished without a family, foster parents faced losing access to vital resources for the children in their care, and siblings faced the possibility of being forced into separate homes.

Opponents of faith-based providers see this burden placed on children and families as a small price to pay for achieving their true agenda—forcing those who believe in man-woman marriage out of the public square. Individuals within the LGBT community have themselves highlighted this fact that allowing faith-based providers does not prevent the LGBT community from adopting or fostering; rather, it merely ensures that all available resources are being used to help children in need. One might think everyone would see this as a “win-win” situation, but opponents of faith-based providers are unwilling to accept it. They refuse to work with faith-based organizations unless they can force those organizations to affirm an ideology contrary to their moral and religious convictions.

Congressional attempts to protect faith-based adoption agencies have hit a wall. House Speaker Nancy Pelosi (D-CA) called them “a sickening new low” and “disgusting, deeply immoral and profoundly offensive….” In reality, characterizing faith-based providers this way is what is offensive.

Thankfully, President Trump has decided to remove this regulation that has been used as a bludgeon against faith-based providers and ensure that all providers have an equal playing field.

Without President Trump’s policy announced today, the harmful effects on children from eliminating faith-based providers would have continued to march forward.  Until this rule, faith-based agencies had already been shut down in Illinois, Boston, San Francisco, the District of Columbia, and Buffalo, besides Philadelphia. In Illinois, nearly 3,000 children were displaced, and more than 1,500 foster homes were lost. In Massachusetts, after faith-based agencies were removed, the percentage of children aging out of the system without ever finding a home rose by more than 50 percent.

For the sake of the children and families in need, every willing adoption agency should be allowed to help fight America’s foster care crisis. Faith-based agencies are exceptional at recruiting quality foster families because they connect with local churches and even recruit directly from the pulpit. Catholics are three times as likely as the general population to adopt, and evangelicals are five times as likely. Agencies operating within faith communities can also provide more opportunities and resources to help children, birth mothers, and others in need.

At the same time, everyone is still free to participate in the adoption and foster care system – through the diversity of agencies available to help them. President Trump’s proposed HHS rule announced today gives voice to those simply trying to freely live out their faith in the public square, and care for our nation’s children in need of adoptive or foster homes.