Internet Video Distributors Are No Friends of Parents 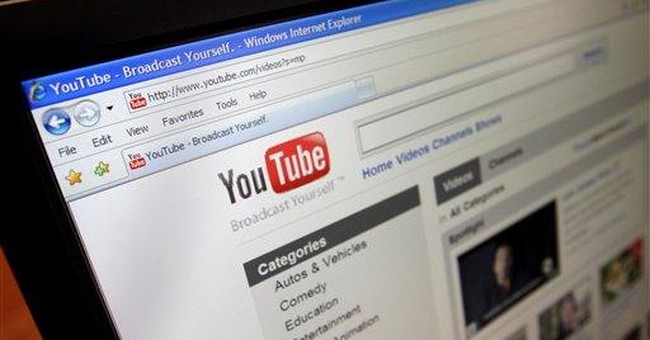 OK moms and dads, let's do a quick survey to see how well you're supervising your kids' media consumption.

Is the TV in a main room in the house where you can easily monitor the content flowing into your home?

Do you use DVR, TiVo, the V-chip or other technology to safeguard your kids from inappropriate TV shows?

Do you keep the remote handy to mute those embarrassing commercials for erectile dysfunction treatments?

If you answered "yes," you're in the minority. According to the most current Kaiser Family Foundation "Generation M" survey analyzing media use by children aged 8 to 18, only 28 percent of parents have rules about TV viewing.

But good for you, because all the available research confirms that kids with limits on media consumption - both in terms of time spent engaged with media and content to which they are exposed - fare better in virtually every way you can run the numbers.

Children whose parents limit media consumption get higher grades and more sleep, and they spend more time reading and exercising than their peers who are free to "veg out" in front of the boob tube.

Unfortunately, the nation's biggest entertainment conglomerates are offering your kids an end-run around your best efforts to limit their exposure to TV shows to which you might object.

According to a new study from the Parents Television Council (PTC) released today, kids consume more of their video entertainment through platforms other than the family television set, thanks to widely accessible videos offered on free, unrestricted Internet sites. (Full disclosure: I'm on PTC's Advisory Board).

This means your 13-year-old daughter can easily watch racy shows like CWTV's "Gossip Girl" or past episodes of "Sex and the City" at the click of a mouse. And with more children and teens using smart phones and other browser-enabled devices, inappropriate content now is available anytime, anywhere.

PTC's new study, "Untangling the Web of Internet Video: Questions, Answers and a Report Card for Parents," is intended to arm parents with the information they need to protect children from graphic, explicit and potentially harmful adult content.

In the study of four of the most popular online video sources: Hulu (NBC/Universal/Fox and Disney/ABC), Fancast (Comcast), /Slashcontrol (AOL) and AT&T, PTC's research revealed:

* Providers and their partnering networks use different and more lenient content ratings and standards for online videos compared to those used for broadcast networks - even though the content is the same as what aired on TV;

* Online providers don't use the content descriptors for sexual content, offensive language, violence or adult situations, that are used to block TV shows;

* Even when a user account indicates the age of the viewer is 13 years old (the minimum age required to open a user account), there's no mechanism to block specific adult content;

* There aren't effective parental controls on the sites; and,

* Advertisers aren't filtering their Internet ads but instead are freely marketing adult products such as alcohol to children.

In short, when it comes to safeguarding children from inappropriate content, thanks to the Internet, we're back to square one.

The Internet video websites in PTC's study are some of the most trusted entertainment companies in the world. Parents ought to be able to assume that the policies and standards that apply to the content found on their broadcast networks are consistently applied on their web sites. They're not.

Tim Winter, president of PTC, doesn't expect these companies to do the parent's job of monitoring media exposure. "The responsibility to safeguard our children from harmful media content rests with parents," Winter says, "but they have a false sense of security with companies like Disney, NBC and Comcast. Providers ought to offer gating mechanisms so that parents can make wise choices for their children across all entertainment platforms."

"An informed parent is the first line of defense," Winter says. "We're simply trying to give parents the resources they need to do the best they can for their kids."