Consider What We Know About Folks We Don't Know 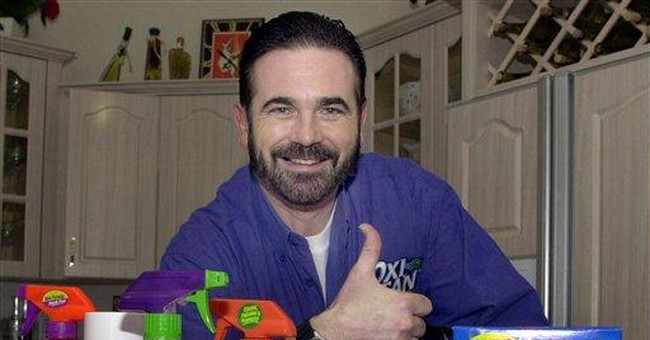 News of the passing of TV’s most famous pitchman had barely broken and we were already speculating, over breakfast, about what might have happened.

Mr. Mays was among the passengers on a Tampa-bound US Airways flight that blew out its front tire upon landing. One report mentioned he hit his head but claimed to feel OK. “Maybe it’s one of those Natasha Richardson things,” my daughter wondered, referring to the actress who died earlier this year of a brain bleed after a seemingly insignificant fall on the ski slopes.

Our conversation moved quickly from one celebrity story to another – from the deaths of Michael Jackson and Farrah Fawcett on Thursday to Ed McMahon’s passing on Tuesday – with the sort of familiarity you would expect if we actually knew any of these folks.

Listening to the banter over coffee and the Sunday paper, I thought, Somewhere in Argentina is a woman thanking her lucky stars that Americans are as celebrity obsessed as we are.

You might think Maria Belen Chapur would have taken advantage of that fact and stayed under the radar. Ironically, the Argentinean mistress of South Carolina Gov. Mark Sanford appears not to have been content with a strategy of media silence, as she ultimately released an unsolicited statement to the press about the hacker who stole her private love emails from the governor.

Oh yeah. There were private love emails. I’d forgotten all about those, what with all the attention being paid to “MJ’s” passing and the moving vans at his rented mansion and the debated authenticity of a 2002 will and the custody issue surrounding his children.

Truth be told, I’m starting to feel a little creepy about how much I now know about the various people who shared the limelight last week.

I’m aware that Jenny Sanford found out in January that her husband was carrying on an affair.

I know about Mr. McMahon’s financial woes, and about Mr. Jackson’s mammoth pile of debt.

In fact, I now know more about Mr. Jackson’s finances, his medical history, his childhood and his sexual proclivities than I do about members of my own family.

More than once in the past week, the people at the center of these dramatic stories have stood at a microphone in front of banks of cameras and asked that their privacy be respected during the difficult and stressful days ahead.

These folks aren’t just talking to the members of the media camped outside the coroner’s office or staking out the bushes in search of an ambush photograph.

No, they’re talking to all of us, asking us to be satisfied with what we know.

They’re pleading for the compassion we would all want for ourselves – the right to grieve in private, to adjust to their new realities, to work out their problems – without also having to worry about how such tasks will play out on TV and over the Internet.

They’re asking us to be respectfully disinterested.

We’re so used to being fed an unlimited diet of salacious gossip and speculation along with our news that we forget we’re dining on the tragedy and misfortune of others.