Rather than Fume, Teach Civic Virtues 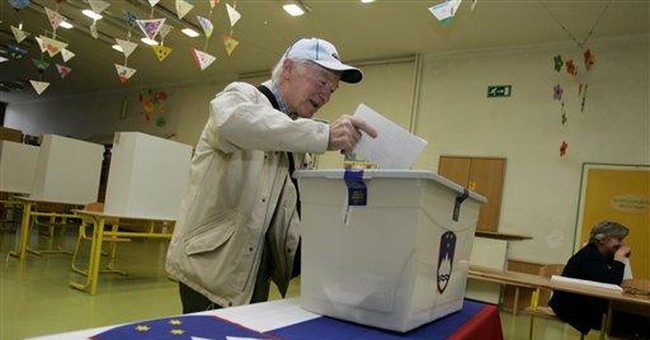 Next week, the US Senate is slated to take up a long-planned and unprecedented overhaul of the American health care system. In such an effort, I’m certain these law makers will overlook a huge but hidden cost of their massive national healthcare program; that being, the indubitable spike in high blood pressure among those tax payers who read newspaper articles about healthcare reform and then pace across the kitchen, fuming. To wit: My husband.

I hope Altace is one of the drugs the government plans to hand out like candy on Halloween when it imposes its new system to assure our good health.

Of course, pacing through the room while muttering eloquent, yet undelivered remarks to Congress and the President doesn’t actually give my husband any control over the folks who plan to collect yet more tax dollars disguised as “investments,” but combined with a low-fat diet and increased aerobic exercise, it’s about all my poor breadwinner can do to keep from blowing a gasket.

Since the government spending train to multi-generational public debt left the station, we began to realize that the future direction of our nation is something we simply can’t control. At the rate our federal government is spending and growing, the Republic that Ben Franklin dared us to maintain could be a distant memory by the time our 11-year-old is eligible to vote. Already, Franklin and the founders probably wouldn’t recognize their grand experiment anyway.

Unfortunately, unlike my husband, muttering and fuming doesn’t make me feel better. So I’m focusing on something I can control: The caliber of the citizens being raised in our household.

If you think about it, much of the power among “we the people” rests with “we the parents.”

At the risk of oversimplification, take for example the myriad problems with America’s educational system. Despite massive public spending and an increased role on the part of the federal bureaucracy, it’s generally accepted that America’s public schools are inferior to private and parochial schools that do as well or better with far fewer dollars per pupil. Spending isn’t really the answer.

On the other hand, studies prove that children who regularly eat meals at home with their parents outperform their peers who do not in virtually every measurable area, from school to socialization to sleeping habits.

We could keep pouring money into our educational system, but we’d be better off just sending everyone home for dinner. That’s a testament to the power of parents.

As a parent I’m convinced that my best, most vital contribution to this nation will be the four people who learn in my home that their American citizenship is both a blessing and a responsibility; it’s not meant to be a free ride, but rather the freedom to make the most of themselves.

There may not be much I can do about the ill-conceived government programs that will most assuredly burden our children with an incomprehensible pile of debt, so instead I’m focusing on infusing our nation with civic virtue, delivered in measured doses around the kitchen table. If we don’t like the direction our nation is taking, it’s not enough to just shake our heads and express frustration; we have to train up the folks who one day will lead it.

“We the parents” are a powerful presence, indeed. By teaching our children to have self-discipline, forbearance, humility and honor, to live with moderation and civility and magnanimity, and to value their independence and liberty, we can offer the one and only long-term solution that will reinvigorate the vision of America as it once was: virtuous American citizens.