Marvin Olasky
|
Posted: Jan 09, 2016 12:01 AM
Share   Tweet
The opinions expressed by columnists are their own and do not necessarily represent the views of Townhall.com. 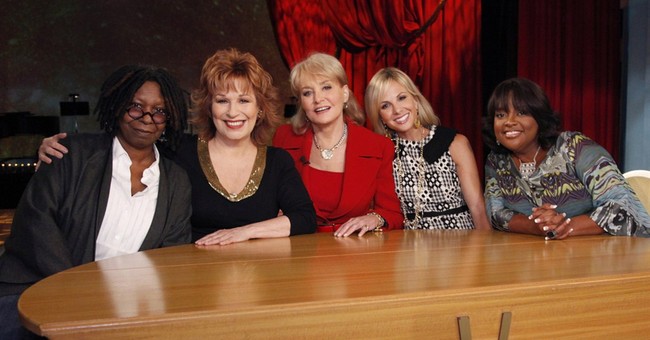 My wife Susan and I look forward in 2016 to our 40th anniversary. Like God’s loving-kindness described in song, a good marriage does not fade away, but is new every morning.

Wish that I could say the same about daily mainstream media reporting. Yet as I fill in my 28th straight annual ballot for the Media Research Center’s “Worst Reporting” award, the tragedy of reporters-turned-propagandists is … old every evening.

Yes, some journalists covered Hillary Clinton’s scandals with the hope of knocking her off and making Bernie Sanders or Joe Biden the Democratic nominee. Joy Behar, co-host of ABC’s The View, said on Oct. 14 regarding Sanders, “I actually am aroused by him. … I like an old Jewish guy who’s a socialist. That’s my type of guy. ... To me, Bernie is hot.”

Yes, some publications felt obliged to provide a bit of negativity concerning Clinton—but her overall coverage remained positive and sometimes idolatrous. Time ran this about Clinton: “Her decades in our public life must not blind us to the fact that she represents new realities and possibilities. Indeed, those same decades have conferred upon her what newness usually lacks: judgment, and even wisdom.”

Did Clinton’s solipsistic email carelessness throw into question her judgment, and even wisdom? Nah, said MSNBC’s Chris Matthews: “It’s almost like, ‘Don’t take your pens home and use them at home.’” That network’s Joy Reid dug deeper: “I have been utterly bored with the story to the point where I only recently began to really sort of dig into it. ... It’s one of those cases where the trailer is really simple, but the movie is kind of too hard to follow. ... I don’t even understand it.”

As the presidential campaign escalates in 2016, liberal journalists are likely to fall in line once again, praising even vapid comments as wisdom. Here’s ABC’s Cokie Roberts on Clinton: “She does have a new message out from the last time, which is the grandmother message, and she’s using it very well. On climate change for instance, when she says, ‘Everybody says I’m not a scientist.’ She says, ‘I’m not a scientist either, I’m just a grandmother with two eyes and a brain.’ That’s brilliant.”

Meanwhile, leading newspapers will continue to blast away at conservatives. The Washington Post’s Harold Meyerson last April 8 gave a preview of what we can expect: “Today’s Republican Party is not just far from being the party of Lincoln: It’s really the party of Jefferson Davis. ... It is the lineal descendant of Lee’s army, and the descendants of Grant’s have yet to subdue it.”

If Marco Rubio becomes the nominee, we’ll see more of what CNBC’s Carl Quintanilla asked him during the Oct. 28 Republican debate: “You’ve been a young man in a hurry ever since you won your first election in your 20s. ... Why not slow down, get a few more things done first, or at least finish what you start?” The double standard is evident: Does anyone remember a debate question like that aimed at Barack Obama in 2008?

If Ted Cruz becomes the nominee, we’ll see greater press savagery. Did you see what The Associated Press sent out on June 20, when Cruz spoke at a “Celebrate the 2nd Amendment” event in Iowa? It was a photo of Cruz framed so that a big handgun on a wall poster pointed at Cruz’s forehead. After receiving criticism, the AP said it would not sell that photo to new requesters, but subscribers to its photo service could continue to use it.

I’ll conclude with a sadly funny quotation. Following a train derailment in May, perennial “worst quote” contender Chris Matthews said, “In communist countries like China, they just draw a straight line, whether it goes through your house or not. ... [Amtrak] doesn’t go in a straight line. In this case, it tried to make a turn and turned over, because there’s so many turns on that route. How do you get rid of the turns?”

Hmm ... How does China get rid of the turns? How about by imprisoning anyone who resists? Liberals once stood for liberty. Now, the totalitarian impulse lurks behind each bend of the liberal railroad.