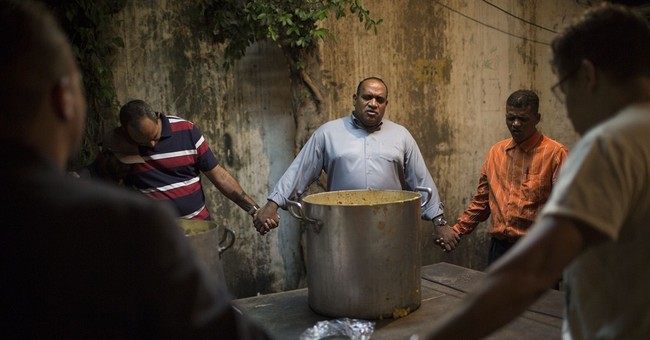 Barack Obama became president in 2008 by gaining 53 percent of the vote against John McCain’s 46 percent. That was a sweeping victory, but think: If one out of 25 Obama voters had voted for McCain, Obama would have lost the raw vote and maybe the Electoral College as well.

Let’s think some more: Obama lost votes of those who would not support an African-American, but he apparently gained more from those who wanted to put a black man in the White House. It’s very good in the history of this country that an African-American is there, but very bad that this particular gentleman is the one. Every evangelical who voted on the basis of skin and ignored a sinful ideology acted with romantic abandon rather than discernment.

OK, let me anticipate some defensiveness. Agreed that good looks and a good voice swayed some voters -- but shouldn’t we know that Lady Liberty needs a good husband, not an impressive date? Agreed that candidate Obama hid his views and conned voters -- but we knew enough. (Those who fall for a con usually want to fall for it.) Agreed that Republicans put up mediocre candidates; but when we elect a president, we’re choosing big chunks of the executive and judicial branches, not just one person.

Have we learned that romance is wonderful in marriage yet destructive in public policy? Political romance has brought us two Supreme Court justices who choose ideology over judicial humility. It’s given us foreign policy appeasement likely to lead to more war. It’s now bringing great threats to religious liberty. That last sentence makes me hope a crucial number of evangelicals won’t be all heart and no brain in 2016, since another burst of evangelical romanticism will lead to the closing of many evangelical institutions.

Another term or two of a socially radical president will likely lead to discrimination against any evangelical institution that discriminates in favor of Bible-approved marriage. Judges appointed by such a president are likely to curtail freedom of religion and freedom of speech. At the start, the big impact will be financial: Institutions that embrace homosexuality will continue to have tax-exempt and tax-deductible status, but institutions that embrace the Bible will lose those benefits and see their buying power hatcheted.

Long-range, if trends continue, the issues will be not economic but existential: Will evangelical churches and colleges that stay faithful to the Bible be legal at all, or will we descend to a situation like that of China, with its state-approved religious institutions and its underground ones? Evangelical romantics may say, So what: Despite and in some ways because of persecution, Chinese Christianity is growing. But that’s a historical anomaly, as the sad sagas of many Muslim countries show: More often than not, slow-but-steady persecution saps the strength of the oppressed.

In a modern, interlinked society, what’s been called the Benedict Option -- create Christian communities distinct from a larger culture bound for destruction -- doesn’t work by itself: Central governments stifle dissent. A terrific new biography, “Stalin,” by Stephen Kotkin, shows how the Soviet kingpin was not content to rule all within ready reach, but headed to Siberia to expand his hegemony. No monastery was an island then. Today, the U.S. radical left desire is to make us all wards of the state -- with no one left behind.

As I wrote last month in WORLD, evangelicals instead should embrace the Daniel Option, modeled after the biblical hero who for decades stood up to kings. Today, most of us don’t want to say NO and possibly end up in a lion’s den. Today, from fantasy football to Second Life, from gated communities to the Big Sort (so we don’t interact with persons unlike ourselves), from pornography and homosexuality -- in both, guys don’t have to deal with real women -- to Martha Stewart perfection, many romantics think we can avoid education through suffering.

Daniel Option realism offers pain but also gain. Romantics often fall into gushy solemnity, but Daniels can combine seriousness and smiles, since they know the circus in front of us is not the ultimate reality. Daniels can be happy warriors, and in that way teach others not to despair. Even today, when the sky seems to be falling, Daniels can and do remember that God holds up the sky.