From Voter Fraud to Journalistic Fraud 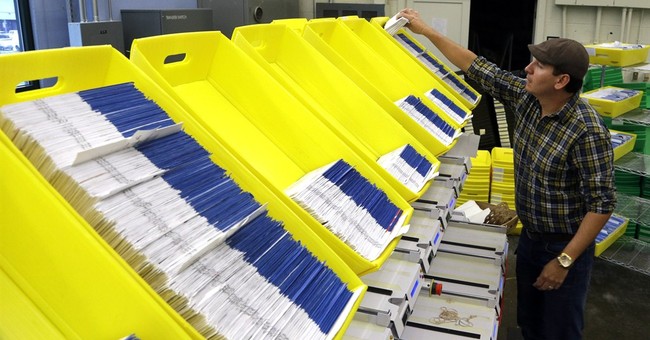 Editor's note: This column has been reprinted with permission of WORLD.

Since I planned to be out of town on Election Day, I took advantage of early voting just before Halloween in Austin, Texas. (The city slogan is “Keep Austin Weird,” so it’s Halloween every day.) I showed my ID and voted at an assisted living home two miles away, the first time I’ve been in that building since my mother died there on the day after Christmas, 2008.

Poignant, but not as poignant as an article Britain’s The Guardian presented to its readers just before the election. The headlines: “‘Born and raised’ Texans forced to prove identities under new voter ID law: New law meant to combat fraud forces Eric Kennie to either change his identity or be unable to overcome burdens.”

The story detailed how Kennie, 45, would not be able to vote because he doesn’t have any of the identification (driver’s license, ID certificate, etc.) that Texas’ new voter ID law accepts as proof of identity. A federal district judge struck down the law early in October, but the U.S. Supreme Court then OK’d its use, with three justices dissenting.

Guardian writer Ed Pilkington did not explain how he had contacted Eric Kennie, and readers might have thought an entrepreneurial reporter found a typical disenfranchised Texan. Kennie offered a lively story: He wanted to vote so badly that he took three buses to get to the office that could issue him an ID, only to be told he had to go to another office (also a three-bus trek). Then came more aggravations within a “Kafkaesque bureaucratic maze,” because the name on his birth certificate did not match the name Kennie goes by.

By the end of Pilkington’s article, some readers probably wept at such oppression, and others cheered Kennie’s determination and Pilkington’s prowess in finding him. Pilkington’s last paragraph presented Kennie’s stirring words: “I do need to vote…this is for the next generation. They need us to get out the people who harm us and bring in folk who will make things a little better. So I’m going to keep on. I’m going to stay focused, roll with the punches and do what I got to do.”

Now, I’m no expert on the Texas law. Given reports I’ve read on voter fraud in various states, requiring photo IDs is essential if we are to be confident about election results; but maybe the law should be tweaked. I do know something about journalism, though, and when reporters carry water for lobbyists and feed off the work of PR practitioners, they should say so.

Take a look at D.C. Circuit Case 1:12-cv-00128-RMC-DST-RLW Document 5, filed Feb. 2, 2012. It’s Texas v. Holder—Attorney General Eric Holder—regarding voting rights, and No. 1 on the list of “defendant-intervenors” is…Eric Kennie. The document declares, “Defendant-Intervenor Kennie is registered to vote but do not [sic] possess an approved photo identification as required under the law for which preclearance is sought.”

I won’t go through the lugubrious details of the motion, but two thoughts jump out at me like roaches on a griddle. (I’m trying to channel my inner British reporter visiting Texas.) First, Pilkington should have let us know that his new Everyman is a person long located and used by Washington-connected lawyers. Pilkington’s tale began, “Eric Kennie is a Texan. He is as Texan as the yucca plants growing outside his house.…He has never even left his native city of Austin.” Maybe so, but 33 months ago folks in Washington, D.C., knew about him and were using his name, probably in vain. I don’t doubt Kennie’s genuine desires, but at this point advocates have made him their hothouse yucca.

That leads to my second item: Don’t you think that in 33 months one of his advocates could have given him a ride to the appropriate offices so he wouldn’t have had to take three buses back and forth and back again? And if other carless potential voters have trouble getting IDs, couldn’t philanthropic foundations buy vans and give them rides, so the interests of voting equity and electoral honesty could both be served?

Of course, if Kennie did vote, that would make him unsuitable for further poignant briefs and stories. He’s far more useful to political operatives as a disenfranchised person than a fulfilled voter.