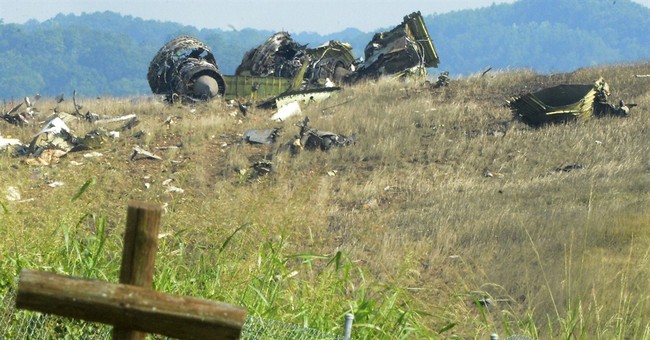 If Fox Sports had fired football analyst Craig James because he went off on an anti-homosexual tirade during a game broadcast, that would be fair. But when James in 2012 said gay civil unions are wrong, homosexuality is “a choice,” and gays will “have to answer to the Lord for their actions” (as will we all), he was running for the 2012 Texas GOP nomination for the U.S. Senate.

Nevertheless, Fox Sports fired James this September, one week after hiring him, and the apparent reason is those comments during last year’s political campaign. A Fox Sports spokesperson said, “We just asked ourselves how Craig’s statements would play in our human resources department.” The Liberty Institute has now come to James’ defense, arguing that a purge because of religion-based beliefs is “a severe violation” of religious liberty.

Let’s try to sort this out. James, 52, grew up in a Christian home, wandered a bit as a teenager, recommitted himself to Christ in 1980, became NFL Offensive Player of the Year in 1985, and gained broadcast experience at CBS Sports and ESPN. He also built a long-term marriage and became a member of Prestonwood Baptist Church in Plano, Texas.

James says, “I have never discussed my faith while broadcasting and it has never been an issue until now.” That’s good, because if Dante Alighieri was redoing his Inferno and assigning sports analysts to various circles of broadcasting hell, he’d put a person who screams about nonsports issues during a game in the lowest.

Dante might put in today’s second-lowest circle Keith Olbermann, the former ESPN analyst who became a designated political ranter on MSNBC, saying (for example) that George W. Bush is “a fascist! Get them to print you a T-shirt with ‘fascist’ on it!?…?You, sir, have no place in a government of the people, by the people, for the people.?…?Shut the hell up.” But Olbermann was attacking a conservative, so TBS was willing to hire him as a sports analyst. That’s OK with me, as long as he stays off politics.

These days Dante’s third-lowest circle might house ESPN basketball analyst Chris Broussard: In April, when asked on an ESPN show about NBA player Jason Collins’ “I’m gay” announcement, Broussard bravely characterized homosexuality (along with heterosexual adultery) as sinful. He didn’t go out of his way to create a furor, but politely responded to a question on one of his network’s shows, and ESPN execs to their credit did not fire him.

The fourth circle could include someone who makes politically incorrect statements off the air. These days, sadly, not only candidates for the Supreme Court have to be careful. But if one area of American life should absolutely allow free speech, it should be political campaigns: Call them a fifth circle. Fox Sports, though, moved James into the first circle for having said, while running for the Senate, what a big majority of Texans believe: Three out of four voted in 2005 to amend the Texas Constitution to keep same-sex unions from being defined as marriage.

If the Fox decision stands, millions of other Americans may also be declared unemployable in their professions. Fox Sports is defending itself now by saying James “is a polarizing figure in the college sports community.” (Texas Tech fans don’t like James because he was instrumental in getting popular Tech coach Mike Leach fired four years ago after Leach inhumanely castigated and punished James’ son, who had suffered a concussion.) That sounds like a post-firing rationalization, especially since polarizers can bring high ratings: Remember Howard Cosell?

We’ll watch what happens in a scheduled Nov. 5 district court hearing on the dispute. I’m not one who worries incessantly about the dark night of fascism descending in America, but I recall a remark in Philip Kerr’s novel If the Dead Rise Not, set largely in Berlin in 1934: One character sadly mutters, “I was remembering what it was like to speak without looking over your shoulder.”

If this is a purge and Fox Sports gets away with it, the James case will be a landmark on the road to freedom of speech and religion becoming one day in America only a precious memory.