The Real Heart of the Matter 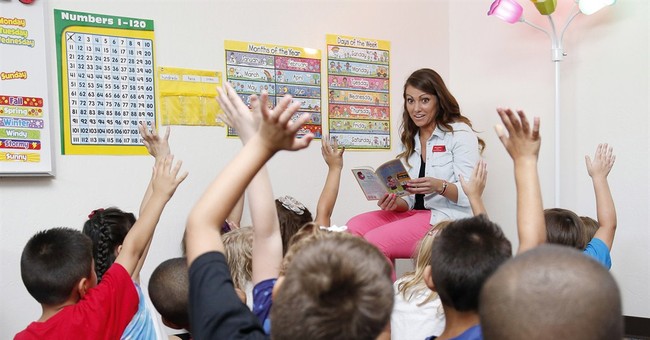 Two days before the summer solstice, the American Academy of Arts & Sciences with great fanfare released “The Heart of the Matter,” a blue-ribbon-panel document emphasizing the need to beef up teaching of the humanities. From a rung high up on the ladder of abstraction, the AAAS commission in 92 pages came out in support of “full literacy?…?cohesive curricula?…?new partnerships.”

Why should we love the humanities? Let the AAAS count the ways. The humanities give students “the ability to adapt and thrive in a changing world” and help them develop “professional flexibility” and connectedness with “the global community.” Hmmm—How about growing some students who don’t adapt so flexibly, who have the guts to say No?

ESPN last fall ran a moving 14-minute story on a highly successful couple for whom everything was “perfect” until doctors told them their unborn daughter had Down syndrome. The mother, day after day, said No—but American parents with great flexibility and connectedness are aborting nine out of 10 Down syndrome babies. (To watch the video, go to YouTube and type in Heath White E60.)

Why should we love the humanities? The AAAS tells us, “We live in a nation that has been built?…?on a foundation of humanistic and social science scholarship, from our Founding rooted in Enlightenment philosophy to a future informed by the compilation and analysis of Big Data.”

Really? I thought our nation grew in the belief that we are endowed by our Creator with inalienable rights. America’s founders quoted the Bible a lot more than any Enlightenment text. They treasured life and liberty, not Big Data.

Why should we love the humanities? “Humanists and social scientists are particularly well suited to address?…?the ethical questions attending the adoption of new technologies; the social conditions that provide context for international policy decisions regarding the environment, global health, and human rights; and the cultural differences that aid or hinder global security.”

Really? Houston Baptist professor Micah Mattix put it well: “Does anyone who has taken a humanities course at a secular college or university in the past 10 years doubt that instead of teaching us who we are, many humanities courses teach that identity is constructed; that instead of teaching the classical and cardinal virtues, they recommend the self-serving virtues of moral relativism and egalitarianism; and that instead of helping students to become better husbands, wives, and citizens, the real focus is on making them more autonomous?”

Instead of plowing through the AAAS report, I’d suggest reading a piece now on the internet that’s only eight pages long, John Milton’s “Of Education” (1644).

Milton opposed the leading humanities teachers of his day, the “monsieurs of Paris [who] take our hopeful youth into their slight and prodigal custodies and send them over back again transformed into mimics, apes, and kickshaws.” In general, that’s what the presidents of Duke, Harvard, University of Pennsylvania, Stanford, George Washington, Amherst, NYU, University of Miami, and Cornell—all members of the AAAS commission—do.

The goal of education, Milton wrote, should be “to repair the ruins of our first parents by regaining to know God aright, and out of that knowledge to love him, to imitate him.” Milton wanted professors to train students “in the knowledge of virtue and the hatred of vice [by] infusing into their young breasts such an ingenuous and noble ardor, as would not fail to make many of them renowned and matchless men.” The heart of the matter is to help our grinch-like hearts, through God’s grace, to grow at least two sizes.

Milton derided the medieval practice of presenting to young students “the most intellective abstractions of logic and metaphysics.” He proposed “beginning with arts most easy”; that is to say, those “most obvious to the sense”—only after learning to observe well “sensible things” would students move on to study “things invisible.” The heart of the matter is to start low on the ladder of abstraction, minimizing abstract theorizing.

Milton emphasized induction over deduction, and put rhetoric and logic at the end of the curriculum, not the beginning. He wanted students to study God’s creations throughout the week, and spend evenings and Sundays “in the highest matters of theology, and church history ancient and modern.” The heart of the matter, Milton knew, is to learn about God’s world and so learn about Him.