Don't Head for the Hills 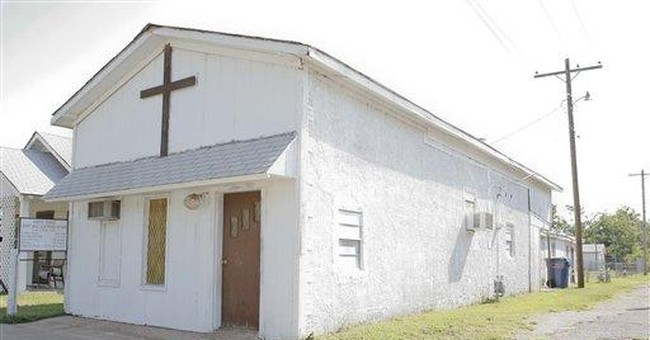 One subscriber recently criticized my criticism of evangelicals who anticipate imminent doom and head for the hills. He wrote that when Communists took over China 60 years ago, Christians who fled survived and those who stayed generally died. His conclusion: "Fleeing to the hills may be timely."

Indeed it may. Predictions of disaster always arise in difficult times. Sometimes they're accurate. Sometimes they're not. One man of God in New York City, pastor David Wilkerson, wrote six months ago, "I am compelled by the Holy Spirit to send out an urgent message to all on our mailing list. . . . AN EARTH-SHATTERING CALAMITY IS ABOUT TO HAPPEN. IT IS GOING TO BE SO FRIGHTENING, WE ARE ALL GOING TO TREMBLE—EVEN THE GODLIEST AMONG US.

He continued, "For ten years I have been warning about a thousand fires coming to New York City. It will engulf the whole megaplex, including areas of New Jersey and Connecticut. Major cities all across America will experience riots and blazing fires."

It would be easy to say that Wilkerson was wrong because six months have gone by since this latest forecast of 1,000 fires. But tomorrow might prove him right—and since a millennium is a day to God, sometime in God's tomorrow he probably will be right, unless Christ first returns. The United States, like every other great power in history, will not last forever.

The important thing is that Wilkerson, following his forecast, did not recommend heading to the hills. He wrote, "I will say to my soul: No need to run . . . no need to hide." And he wisely gave a practical recommendation: "Lay in store a thirty-day supply of non-perishable food, toiletries and other essentials."

One problem with predictions of imminent doom is that God's righteous judgment could rightly occur almost any time. Why not in 1973, when the Supreme Court legalized abortion? We individually and nationally sin so much each day that we deserve God's wrath. Yet if Christians had headed to the hills in 1973, think of the thousands of Christian schools, crisis pregnancy centers, and other ministries that never would have been formed. Think of all the lives and souls that would have been lost and now are saved.

Furthermore, we know from the Bible that the presence of even 10 righteous people in Sodom would have stayed God's hand. How many in New York and other cities are now clothed in Christ's blood and are thus righteous in God's sight? We can argue from Scripture that God's justice should mandate destruction, but we can also argue that Christ died for us and thus mandated mercy. Better yet, we can agree that it's not fitting for us to judge God or assume He's going to act one way or another in line with our feeble calculations.

But what about those who receive special insight from the Holy Spirit? Some people I respect say this happens, others do not, and I know that God does not fit nicely into the box into which we sometimes place Him. So, I accept such proclamations with the thought that they may be true—and if so, so what? Christians are to be like the brave policemen and firemen who eight years ago ran toward toppling towers rather than fleeing from them.

In general, we Christians should spend more time discerning our callings for today than speculating about tomorrow. Jesus told His disciples, "We must work the works of Him who sent me while it is day; night is coming when no one can work." Jesus said "we," not "I." If we claim to be His disciples, we must also keep working. It doesn't matter whether we embrace pre-, post-, a-, or pan-millennialism: Jesus tells us to get to work. For most, Labor Day is a day off from work. For Christians, six days of the week are labor days.

God spends four chapters of the book of Job telling him that God's deeds in the past are beyond our comprehension, so I suspect those in the future are as well. Thousands of forecasters have set end-of-world dates believed in by some. The dates have come. The dates have gone. Christ's instructions remain. I'm not heading for the hills, because New York is where I live and work. Could these be last words? Maybe. Maybe not.