An evangelical call to strategic focus on schools, media and cities 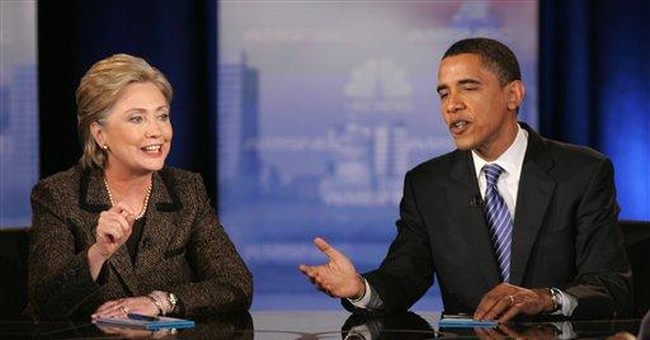 The Israelites wandered in the wilderness for 40 years, and U.S. political parties sometimes do the same. If you examine the last three 40-year periods—from 2008 back to 1968, from 1968 back to 1928, from 1928 back to 1888—you'll find that in each period one party controlled the White House 70 percent of the time, and often Congress and the Supreme Court as well. Meanwhile, the other party toiled through sandstorms.

Republican dominance during those first 40 years took a hit when financial greed led to a stock market crash. Democratic rule during the next 40 ended when greed for power led Lyndon Johnson astray and a cultural earthquake shook America's foundations. The recent GOP era had shallow roots and no way to hold on as generalized greed led to crashing markets that stopped the McCain-Palin surge.

In the short run, under the Obama administration, Republicans will tend to counter political threats as they arise. That's probably not sufficient if the party wants to avoid 40 years of wandering in the political desert, but that's not our problem. As I wrote last time, evangelicals should emphasize prayer, peace, and perseverance. The next four years should see a renewed concentration on community, civil society, and compassion. But turning now to the long run, the next 40 years, I'd suggest a strategic emphasis on schools, media, and cities.

First, schools. The consequences of poor schooling became obvious when Barack Obama, his voice dripping with scorn, commented that he expected Republicans to be "accusing me of being a secret Communist because I shared my toys in kindergarten," or because he shared his peanut butter and jelly sandwich in the sixth grade.

Think about that for a minute. It's great for kids to decide to share—but when someone grabs a toy from a toddler, we don't expect a benign response. Similarly, if a sixth-grader backed up by a teacher grabs half of a PB&J from his deskmate, that child howls. The crowd reaction to Obama's statement, though, was howls of laughter. When voters don't know the difference between voluntary sharing and coercive redistribution, we're in trouble.

We need not just dozens of better schools but thousands. Somehow, someway, we need a school-choice breakthrough. Colleges also need reform, and evangelicals should not contribute to the general funds of their secular alma maters because of the football team or fond memories: Good Christian colleges need dollars to expand.

Second, big media make up the other major educator in America, and these days almost everyone sees their bias: Registered voters by an 8-to-1 margin this year thought major media favored the Democratic candidate. (The margin was 2-to-1 in 2000 and 2004.) But if we're knee-deep in the Atlantic or Pacific and brace ourselves against a strong wave coming, it can still knock us down, and this year the media wave for Obama was a tsunami. The good news is that big liberal media continue to lose audience, and that creates opportunities for evangelicals to make a difference by investing in alternative journalism (such as, ahem, WORLD). We won't fight propaganda with more propaganda; we'll do it with factual, accurate, and fair reporting.

Third, cities. You don't change a national culture without a strong base in cities. It's not accidental that the apostle Paul began his major ministry activities in Antioch, then the third-largest city in the Roman Empire. He sent epistles to residents of the empire's large cities: Rome, Corinth, Ephesus. The church grew fast in urban areas, while pagans dominated rural areas. (The word itself comes from the Latin paganus—an old country dweller, a hick.)

To sum up: We need to emphasize prayer, peace, and perseverance; community, civil society, and compassion; schools, media, and cities.