Beginning to Look Like It’s Time to Invent Another Internet

Martha Boneta  |  Jan 13, 2021
The opinions expressed by columnists are their own and do not necessarily represent the views of Townhall.com.
Top Columns
Trending on Townhall Media 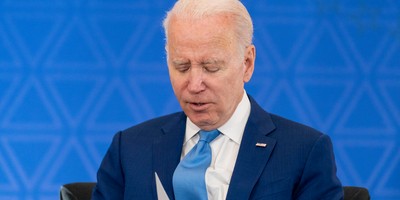 Tim Berners-Lee, the man who invented the Internet, has become frustrated with its current state and the restrictions major corporations have placed upon the once-free environment—and he’s decided to do something about it.

He reportedly “doesn’t like how groups like Facebook, Google, and Amazon have effectively centralized the Internet, nor how they control people’s data.” So, he’s taken a sabbatical from MIT to work on a project whose platform is designed to be independent like the early days of the internet and to resist control by the tech oligarchs who now control the worldwide web.

And not a moment too soon.

Just since the regrettable riot at the U.S. Capitol last Wednesday, Twitter and Facebook have shut down President Trump’s accounts for “inciting violence.”

Amazon and Apple have joined to force Parler, a social media app widely used by conservatives already fed up with Twitter and Facebook censorship, off their platforms. It now has to reconfigure its own site and move it to new servers still unidentified. Other social media apps considered safe havens for conservatives, such as Gab and MeWe, have had their traffic curtailed or throttled.

The political director of ABC News called for a “cleansing” of Trump supporters. Jennifer Rubin of the Washington Post says those who support lifting the ban on Trump’s Twitter account “are loyal to him, not the Constitution” and wrote that anyone who doesn’t support the jailing of Trump’s 80 million supporters is “complicit” in sedition.

What they tell us as they reduce conservatives’ followers, ban communications, and kick them off their platforms is that they are frightened of the right’s message, concerned about their numbers and fearful for their agenda.

Facebook, Twitter, Apple, Amazon and other tech giants are privately owned and can do what they want with their platforms, we are told. Never mind that government promoted the growth of these businesses, created the platform on which they do business and stood clear in a regulatory sense while they built dominant worldwide companies based on the understanding that they were allowing all Americans to express themselves, they might not occupy the legal high ground they think they do.

Vivek Ramaswamy and Jed Rubenfeld wrote in the Wall Street Journal that Google, Facebook and Twitter should be “treated as state actors under existing legal doctrines” because they have been “co-opted” by Congress to “do through the back door what government cannot directly accomplish under the Constitution.”

They cited the case of Rep. Cedric Raymond, D-La., who is set to work in the Biden White House, telling Facebook and Google in 2019 they “better” restrict speech he deemed harmful or face regulation, and Sen. Dick Blumenthal, D-Conn., attributing the recent crackdown on Trump and his allies to a “shift in the political winds.”

Should government demand these companies allow access to all on their platforms, especially given they are protected from liability by Section 230 of the Communications Decency Act? How can courts order that President Trump not be allowed to block any Twitter followers but then allow Twitter to shut down his account?

Those are the kinds of questions that trouble Berners-Lee. Under what he calls Inrupt, users’ data is stored in a pod they control, rather than on Google’s servers, where it can be sold to others and withdrawn at the whims of the company.

As was the case with his work on the first internet, Berners-Lee is not interested in making money on his development, but he does plan to travel the globe when it goes live to help web developers understand how to make apps that will work on his new platform.

It’s unfortunate Berners-Lee has to do this. But the expectation was that Twitter, Facebook and the others would take advantage of the freedom afforded by the internet and leave it as free as they found it. This has not happened.

President Trump is not the cause of this but merely the catalyst. It is those on the right who are the intended victims. And if we don’t stand up now, it won’t be long before we have lost the opportunity to do so.