Mark Skousen
|
Posted: May 27, 2022 12:01 AM
Share   Tweet
The opinions expressed by columnists are their own and do not necessarily represent the views of Townhall.com. 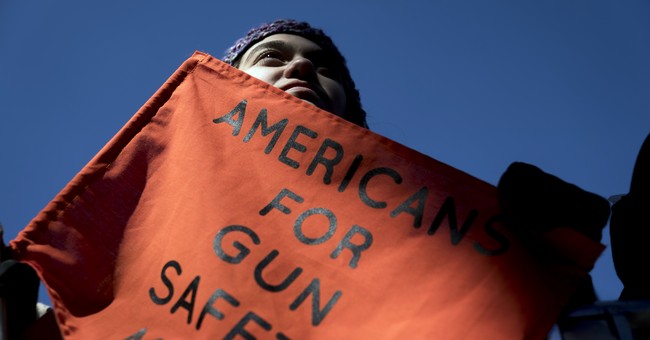 In the wake of the horrific murder of 19 innocent kids and two adults at an elementary school in Texas, everyone is asking the question: What can be done to stop the violence?

The 18-year-old gunman approached the school building with a semi-automatic rifle and entered the school, without any interference, to wreak havoc once inside.

One solution that is not working is when schools and churches proudly announce to everyone that they are “gun-free zones,” encouraging crazy 18-year-olds to enter the building and shoot dozens of innocent people.

Once again, many Democrats and the establishment media are demanding tougher gun control laws, even outlawing guns owned by law-abiding citizens. Is that the answer?

One solution is to beef up security and the ability of innocent people to defend themselves. I see that the shooter posted violent images on social media before the shooting.

Why didn’t the social media censors pick on this? They are quick to censor, remove posts and cancel accounts on others, but why can’t they see threats of violence sooner?

On a deeper cultural level, we need to examine why we live in such a violent culture these days. Texas Governor Greg Abbott told reporters that 18-year-olds have been able to buy rifles in Texas for more than 60 years.

“Why is it that the majority of those 60 years we did not have school shootings and we do now? The reality is I do not know the answer to that question,” Mr. Abbott said. “What I do know is, we as a state and society, need to do a better job with mental health.”

One solution is to return to teaching young people the Judeo-Christian traditional values of integrity, hard work, the Golden Rule, and the Ten Commandments, especially #6: Thou Shalt Not Kill.