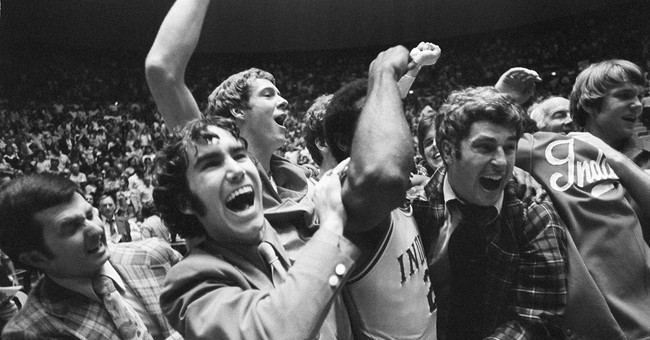 During the past weekend, I bought a copy of “Assisted,” the autobiography of John Stockton, the famed guard and teammate of Karl Malone on the Utah Jazz. I’ve always been a fan of this duo, known for perfecting the pick and roll. They made it twice to the NBA championship series but never earned a ring because of Michael Jordan, Scottie Pippen and their teammates on the Chicago Bulls (1997-98).

John Stockton and Michael Jordan have something else in common: each was cut from teams they tried to make before they entered the NBA. Jordan was cut by his high school basketball coach. Stockton made it all the way to the final cut for the 1984 Olympic basketball team, but ultimately coach Bobby Knight chose his own Indiana University player, Steve Alford. (Knight also cut Charles Barkley!!) The U.S. team nonetheless won the gold medal at the Los Angeles Olympics that year but the competition did not include the Soviet Union, which boycotted the games.

Life is full of mistakes, and my view is that choosing Alford over Stockton was one of them, even though it did not prevent the United States from winning the gold medal. Alford played four lackluster years in the NBA and is now the coach of the UCLA men’s basketball team. Stockton became an 18-year veteran with the Jazz and now holds the lifetime records for assists and steals in the NBA.

The lesson is that getting cut from teams may have turned out to be a good thing in the long run from these basketball stars. It spurred Michael Jordan, John Stockton and Charles Barkley to work harder to achieve their goals. They didn’t give up.

I’ve experienced something similar. After only a year, I was let go as president of the Foundation for Economic Education (FEE). It was hard to take when it happened. But then I went on to organize the world’s largest annual libertarian conference, FreedomFest. I’m glad it happened the way it did.

In case you missed it, I encourage you to read my e-letter column from last week on Eagle Daily Investor about the sorry state of American infrastructure.