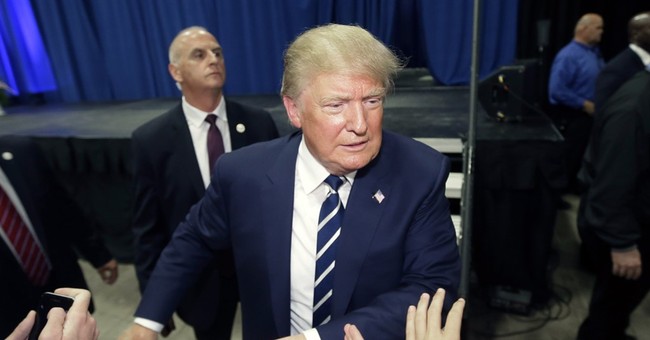 “As far as single payer, it works in Canada, it works incredibly well in Scotland.” — Donald Trump

I was criticized for inviting Donald Trump to speak at FreedomFest this year because “he’s not a libertarian.” True enough, but we’re a big tent in the freedom movement, and our 2,500 attendees wanted to hear what he had to say, whether they agreed with him or not. I invite you to watch the full speech.

In that speech, Trump adopted his typical stance about preventing other countries’ criminals from entering the United States illegally across the Mexican border. I agree with his criticism of ObamaCare, which is expensive and goes against many market principles. Fortunately, he did not get around to singing the praises of socialized medicine as he during the Aug. 6 Fox News presidential debate. There he said that the government-controlled, “free” medical care system in Canada and Scotland works. Say again?

The Canadian healthcare system works fine until you have a serious illness or need surgery. Wait times for knee or back surgery is 42 weeks on average, for example. Many Canadians know this stark reality and schedule trips south to the United States to have the surgery done there.

Martin Samuels, the founder of the neurology department at Harvard’s Brigham and Women’s Hospital, found this out when he worked as a visiting professor in Canada. “The reason the Canadian health care system works as well as it does (and that is not by any means optimal) is because 90% of the population is within driving distance of the United States where the privately insured can be Seattled, Minneapolised, Mayoed, Detroited, Chicagoed, Clevelanded and Buffaloed,” Samuels wrote recently in Forbes.

But things are worse in Scotland, where your chances of surviving cancer are much lower than in the United States, for example. But that’s another story.